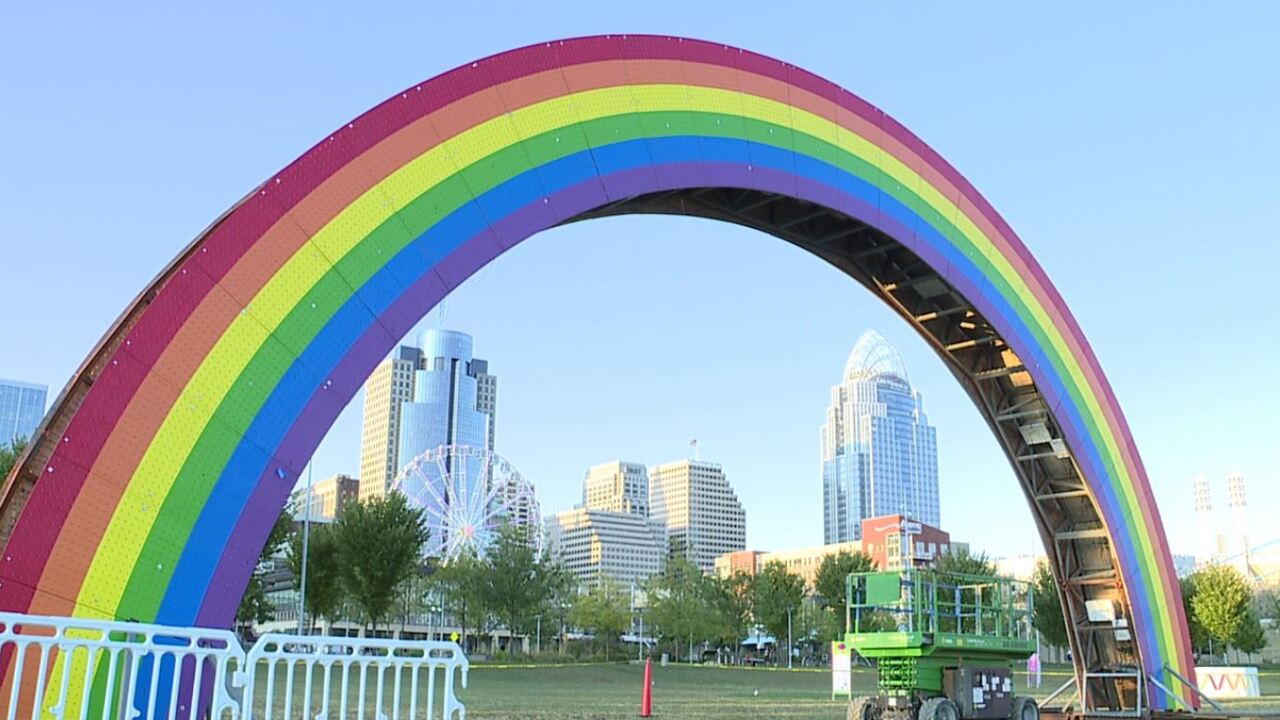 Copyright 2019 Scripps Media, Inc. All rights reserved. This material may not be published, broadcast, rewritten, or redistributed.
Overton, Andy
Rainbow art display in town as a part of BLINK. 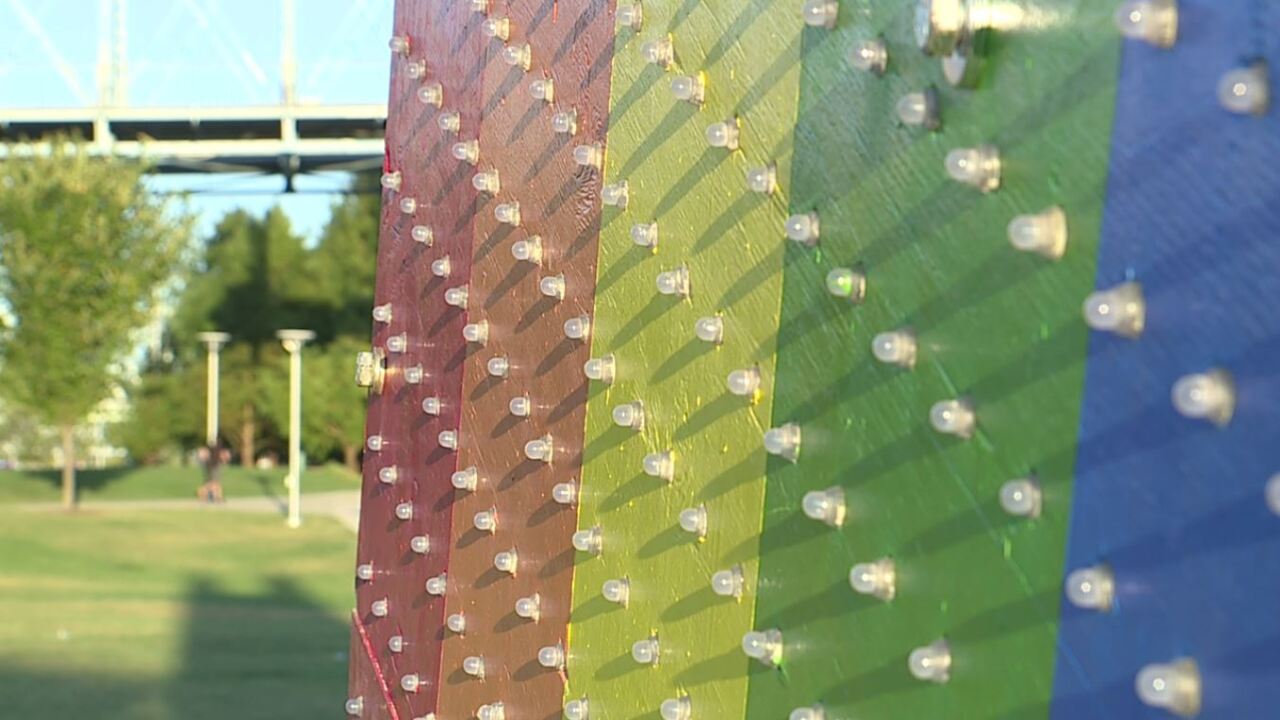 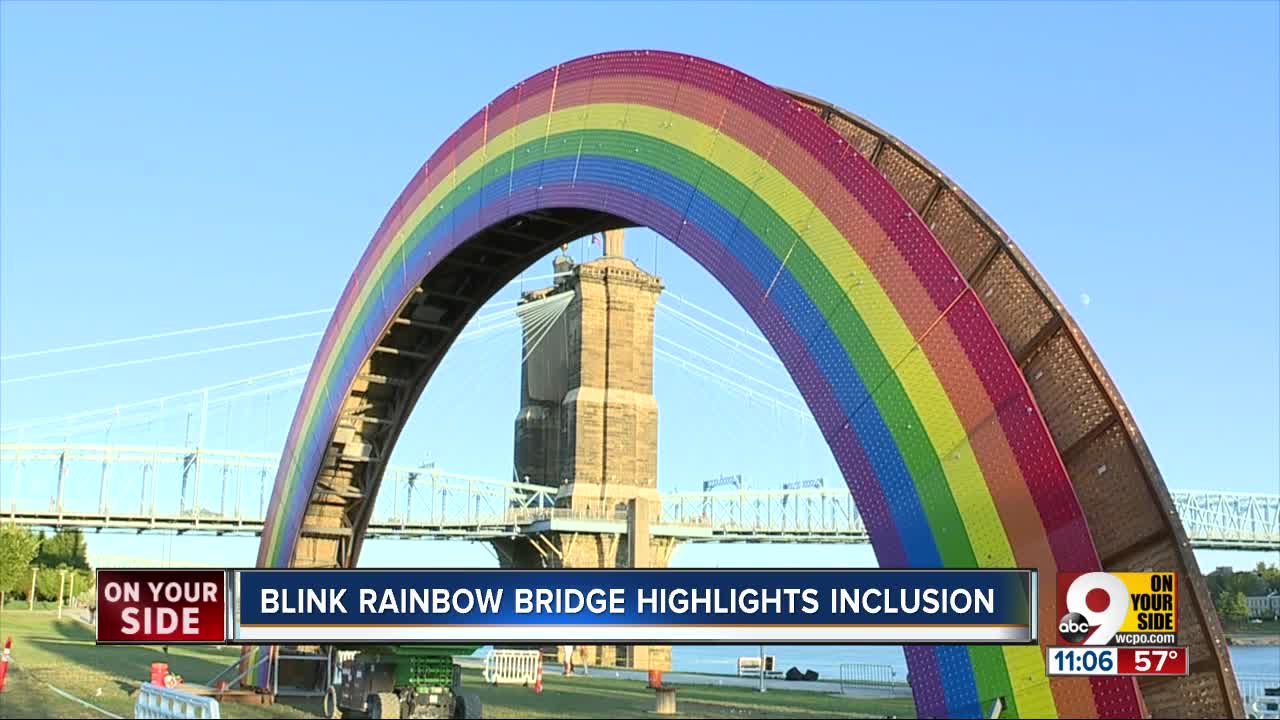 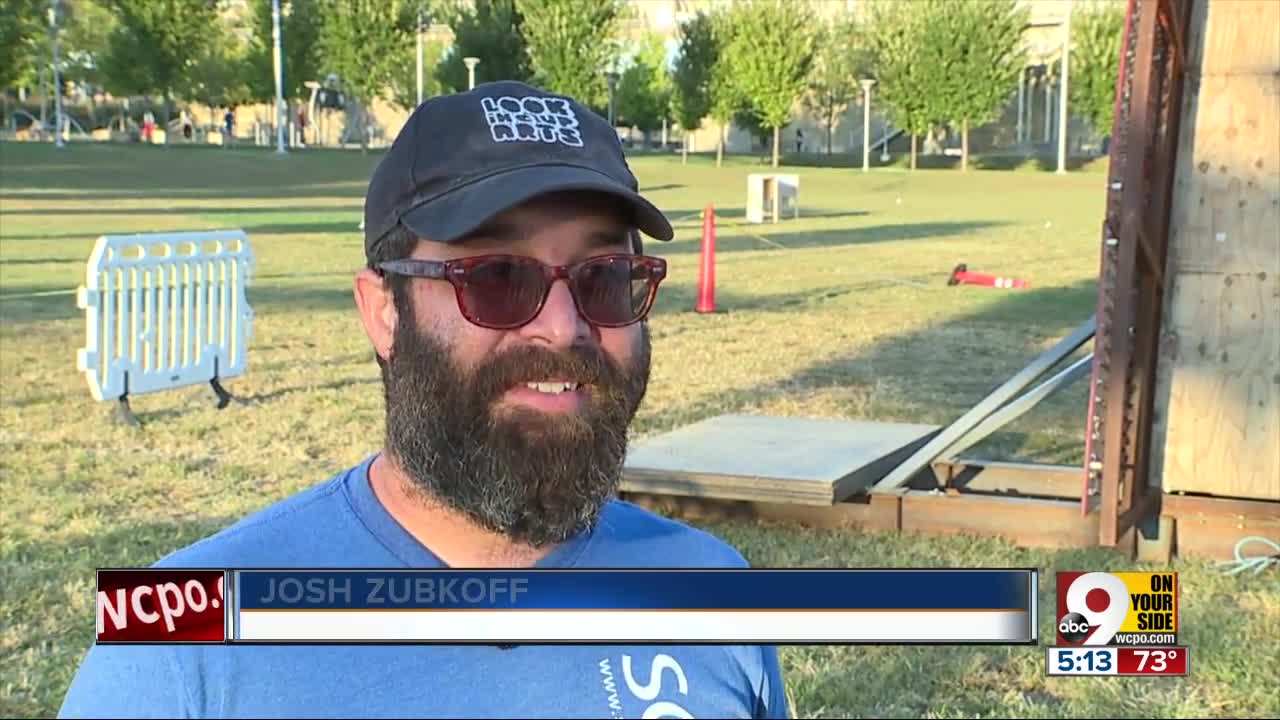 This weekend's BLINK, which runs from Oct. 10-13, will feature dozens of eye-catching displays — but one visiting art piece brings a special meaning.

Artists said the giant rainbow bridge and its more than 25,000 lights are meant to be a shining symbol of unity and Cincinnati's growing lesbian, gay, bisexual, transgender and queer community. It's served the same purpose all over the country since its construction.

RELATED: Here's what will be new when the light and art festival returns

"We decided that if it was possible to bring this beautiful structure, in then we would," said ArtsWave Pride chair Kathy Nardiello, who helped bring the rainbow to Cincinnati.

The artists and about 1,000 volunteers spent months crafting the 18,000-pound rainbow, which was originally displayed at the Burning Man festival in Nevada.

"We spent a year of our lives building it with the hope of making people happy," artist Josh Zubkoff said.

He hopes it will do the same in Cincinnati, too.

"We believed the organizers of BLINK as well as some of us in the LGBTQ community really believed that it would be great to have an expression of inclusion and diversity in our community," Nardiello said.

The project wasn't originally funded by BLINK. Instead, donations from Proctor & Gamble and the Jewish Federation helped make its visit possible. The Cincinnati USA Regional Chamber is asking for the public's help to make up the difference.

"Our goal is to raise about another $25,000 to secure the funds for this. It's basically been a bit of a labor of love," Nardiello said.

She said she hopes those who view the display will find it in their hearts to help out.

"You think, 'Maybe I'd like to be a part of it, and if I maybe gave just a little bit, I might feel a connection and that I was part of something that really got enjoyed by a million people,'" Nardiello said.