Following the money in the SBA's Paycheck Protection Program

'They need to go ahead and be transparent' 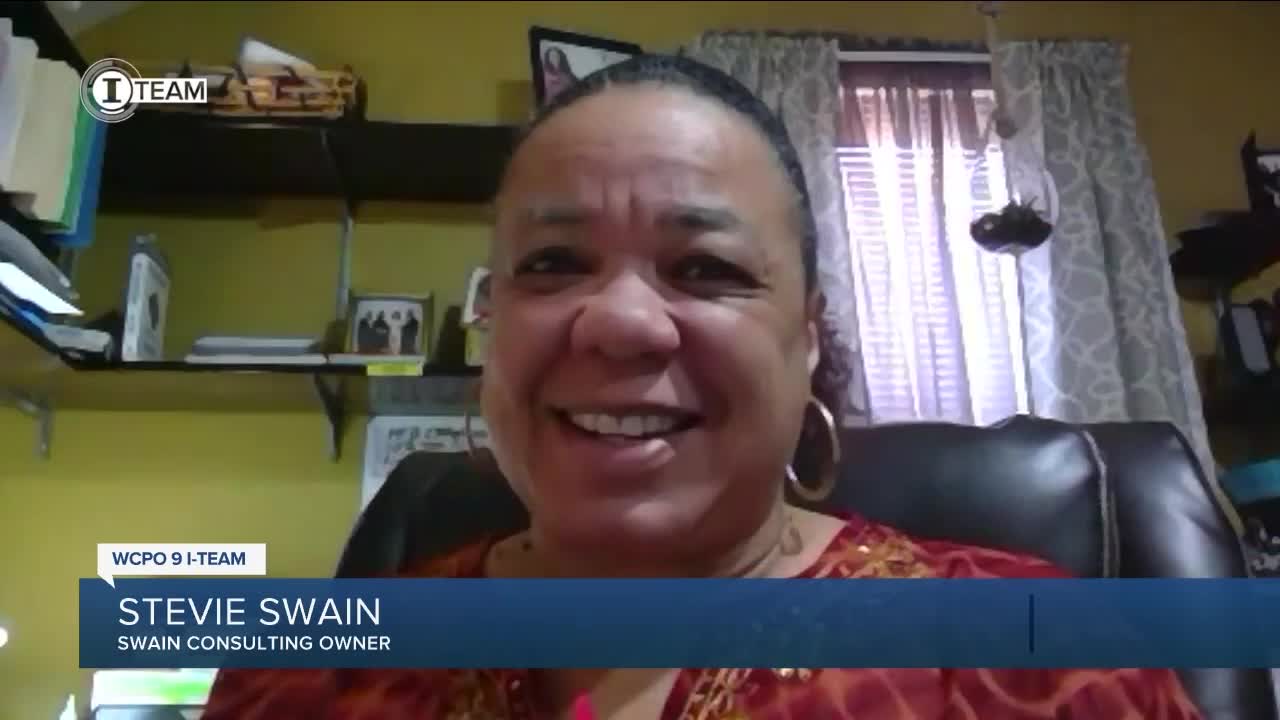 The Paycheck Protection Program threw a lifeline to small business, but is it working as intended? 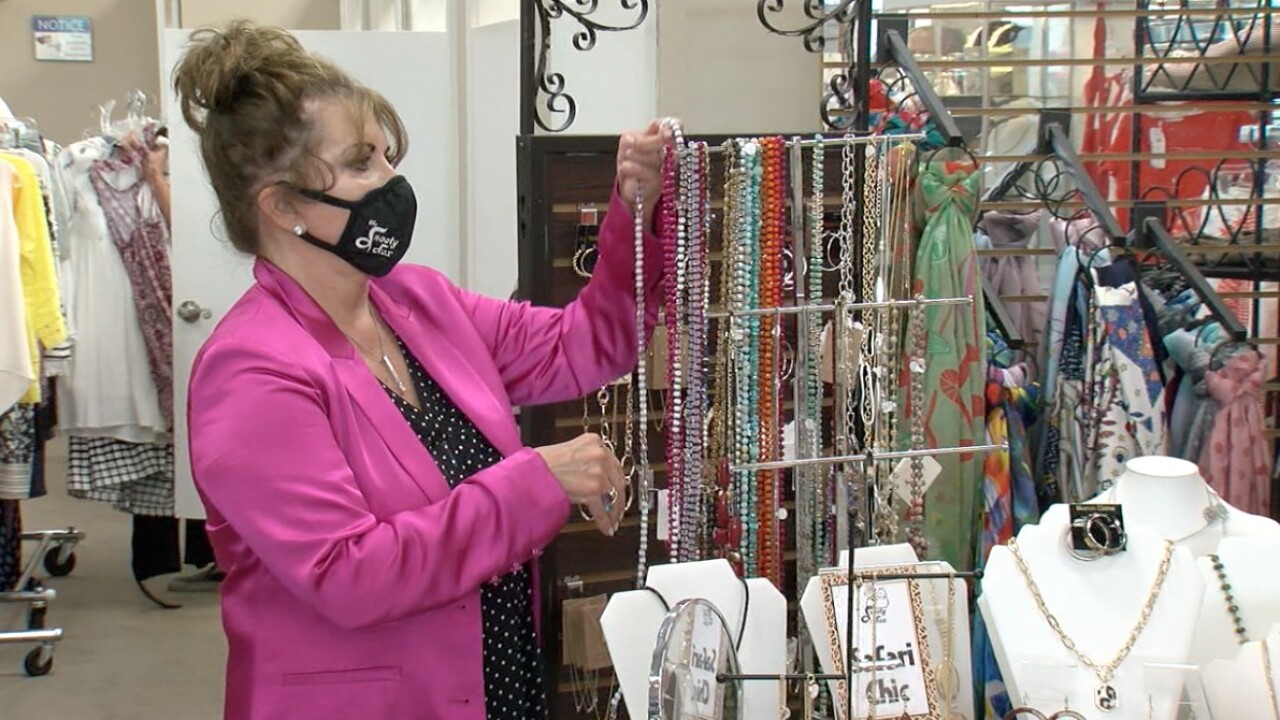 CINCINNATI — Stevie Swain was trying to protect the paychecks of five employees when Swain Consulting LLC sought a $24,000 loan through the U.S. Small Business Administration’s Paycheck Protection Program in early May.

Her minority-owned company was approved for $7,100, with no explanation for the smaller amount.

“Don’t complain about it. Be grateful you got it,” she thought at the time.

“I still don’t understand why I didn’t get the 24 that I asked for,” Swain said. “The bottom line is I have a staff that I employ, and I needed help with making sure we were able to meet payroll.”

Swain won't find the answer in the latest disclosure on Paycheck Protection loans by the U.S. Treasury Department.

It includes the names of more than 660,000 businesses nationwide - and more than 4,700 in Greater Cincinnati - that received loans of more than $150,000 from the federal stimulus program. But it doesn't provide details on the race and gender of most borrowers. Nor does it provide any detail on whether an approved loan amount was downsized, and for what reason.

A July 1 survey by Small Business Majority found 34% of companies owned by Black entrepreneurs received smaller PPP loan amounts than they requested. The San Francisco-based advocacy group surveyed 621 companies nationwide, 417 of which received Paycheck Protection loans. Of that group, 77% received the full amount they requested, but that number dropped to 68% for people of color and 66% for the 120 Black entrepreneurs who participated in the survey.

“There’s a substantial number of people who did not get what they asked for,” said John Arensmeyer, president of Small Business Majority. “The minority community is not as well banked. They don’t have the existing relationships. And the way PPP was set up, it was based upon pre-existing relationships with banks and other lending institutions. So those who had solid relationships and tended to borrow more money went to the front of the line.”

Arensmeyer said his survey points to a need for greater disclosure by the SBA, which has resisted media organizations' and and politicians' requests for a full accounting of the 4.8 million in loans awarded through June 27.

“We really need to have the ability to see who has gotten the money, what they’re using it for,” Arensmeyer said. “I mean we’re talking about a close to half a trillion-dollar program here. And there’s a real need for the public to understand where the bulk of the money went.”

The WCPO 9 I-Team is trying to follow the money in the Paycheck Protection Program by seeking details on all loans issued in the 14 counties closest to Cincinnati through the Freedom of Information Act. It’s part of our ongoing coverage of federal stimulus programs, created by the CARES Act, which are intended to minimize the impact of coronavirus on the nation’s economy.

RELATED: PPP loans tough to get for Cincy’s minority-owned firms

The SBA responded to the I-Team’s public record request by sending us a link to its most recent 9-page report on the topic.

“The data that we provide to the public is on the SBA website,” explained Alan Escobar, a FOIA public liaison for SBA in a June 24 email to WCPO. “Your request was not rejected. We anticipate adding additional information as it becomes available.”

The case for more disclosure

But it also falls short of what the SBA already makes public in its most popular loan program, known as 7(A). On the SBA website right now, you can find the loan amount, interest rate and term of any 7(A) loan dating back to 2010.

In addition, Paycheck Protection borrowers were told on their applications that their loan details were subject to public-record disclosures.

“Information about approved loans that will be automatically released includes … the names of the borrowers (and their officers, directors, stockholders or partners), the collateral pledged to secure the loan, the amount of the loan, its purpose in general terms and the maturity," the application states.

Public records advocates say the SBA’s compromise on disclosure is not good enough, because more than 25% of all PPP loans were for less than $150,000.

“It's better than no disclosure, but it’s not going to tell the whole story,” said Philip Mattera, research director for Good Jobs First, a Washington, D.C. -based watchdog that has been tracking corporate subsidies for decades. “If that cutoff were to remain in place, we wouldn’t be getting the full picture about the amount that companies are benefiting from PPP. Some companies might be abusing it by getting multiple loans for different subsidiaries. If many of them are below the cutoff, that possible abuse would be obscured.”

'It came when we needed it'

To better understand how the Paycheck Protection Program is working in the Tri-State, the I-Team talked to three organizations that received loans: Swain Consulting, YMCA of Greater Cincinnati and the Snooty Fox retail chain.

“It was a big life saver, that’s for sure,” said Snooty Fox president Donna Speigel, who was forced to close 11 consignment-store locations in March, a closure that lasted until June 1.

Speigel declined to reveal her loan amount but said it was crucial to helping her bring back all but one of the roughly 100 employees who worked in the company’s clothing and furniture stores before the pandemic.

“I’m still here. And we’re busy,” Speigel said. “It’s better than closing down or cutting my staff or whatever the other companies are having to do, so I feel like we made it through.”

The YMCA of Greater Cincinnati received a $4.5 million PPP loan April 23, but it has yet to bring back most of the 1,500 employees furloughed by the coronavirus pandemic in March.

“We just started opening our pools,” said Steve Pohlman, chief financial officer for the downtown-based nonprofit, which had 1,700 employees operating 14 neighborhood branches and 80 childhood learning centers before COVID-19. “We don’t have our locker rooms and showers fully functional. We’ve got things spaced out, social distancing rules. We don’t have work for that same level of employment."

Pohlman isn’t sure when roughly 1,300 furloughed employees will return, but he thinks the Y has a good chance of spending enough on payroll in the next three months to have its loan completely forgiven.

“We can’t afford to be in a situation where we get through this 24-week period with the PPP proceeds and then, due to another outbreak and another closure, we’ve got more problems,” he said. “We can’t exhaust our resources and find ourselves in a place where we can’t go on later this summer or fall.”

Swain serves on WCPO's Advisory Board, which offers guidance on our editorial policies and coverage decisions.

She said her five employees worked from home through the pandemic. She covered part of their pay with revenue from “the work that I do as a financial consultant with the federal government.” The PPP loan amount she requested was strictly for employee expenses. She never intended to use loan proceeds for other purposes like rent and utilities.

“I’m grateful for the $7,000, because it came when we needed it,” she said. “But we’ve still been able to keep moving. Everything is running smooth. So, I’m not upset. I’m more concerned about those who really needed it and were unable to get anything and those who didn’t get enough to stay afloat.”

PPP loans can be forgiven if companies show they spent at least 60% of loan proceeds on wages, commissions and other employee expenses within 24 weeks of receiving the loan. Both of those numbers were modified in June. The original rules required companies to spend 75% on wages within eight weeks.

Speigel said that was a very helpful change for Snooty Fox, which received its PPP loan April 20 but has only been able to use it to cover three weeks of payroll so far. Under the old rules, it would have only been able to count wage expenses through June 16. Now, it has until Oct. 6 to qualify for forgiveness.

The YMCA is in a similar position, having received its PPP loan April 23.

“With the revised rules, we have a good chance of having that entire $4.5 million loan forgiven,” Pohlman said. “But there’s a chance that some of that will remain a loan that has to be paid.”

All three organizations said the rules for obtaining loans and loan forgiveness were complex and changed frequently enough to make it difficult for any business owner to navigate without help. Speigel had an accountant and a 40-year banking relationship with Fifth Third Bancorp to guide her application through the SBA approval process. Swain had an accountant and a four-year banking relationship with First Financial Corp.

“We just tried to follow the bouncing ball,” Pohlman said. “I got a lot of guidance from U.S. Bank, from our attorneys, from our CPAs. I talked to whoever would take my call, other CFOs around the state and the Midwest. It was unlike any other process, but these were unlike any other times.”

All three organizations agreed on the need for more disclosure by the SBA. Although Speigel isn’t eager for her loan details to be made public, she thinks it would be valuable to know whether minority-owned companies were rejected at a higher rate or more likely to receive smaller loan amounts than they requested.

“If that’s important to get back to Congress and say, ‘This wasn’t fair. You messed up. You need to help these people.’ Yeah, I think you disclose what you have,” she said.

Swain would like to know more about the SBA approval process that caused some loan amounts to be reduced while publicly traded companies received loans in $10 million chunks.