Survey: PPP loans tough to get for Cincy's minority-owned firms 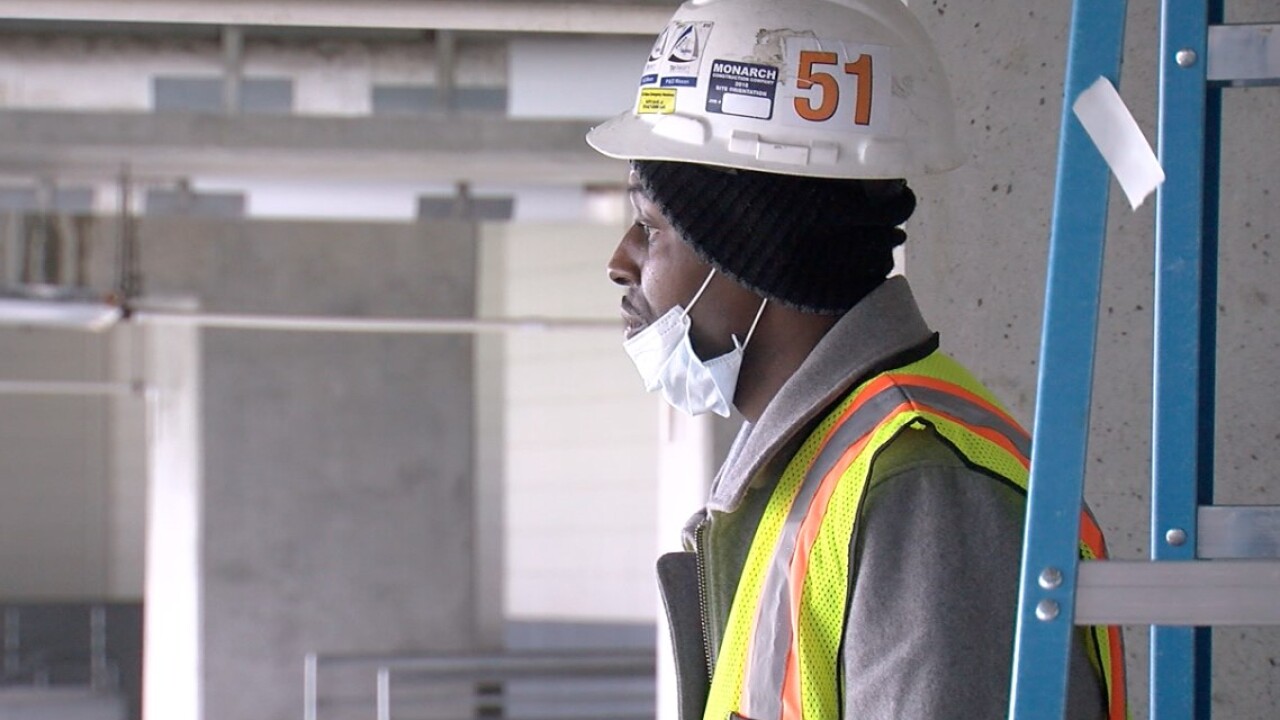 CINCINNATI — Jerome Napier felt trapped in red tape when the Paycheck Protection Program ran out of funding in April. PNC Bank hadn't yet approved his $38,000 loan application; with no money left in the PPP, he worried he would never get it.

“I just didn’t know what I was going to do at the time,” said Napier, owner and president of Advanced Mechanical Insulators LLC. “It was a scary situation for me as a business owner.”

Napier’s six-year-old company installs mechanical and plumbing systems for commercial clients and insulation for residential customers. When COVID-19 hit, residential orders dried up and Napier had to lay off three of his 10 employees. He was days away from additional layoffs in his commercial division when his loan was finally approved this week.

Napier’s experience is not unique, based on a survey conducted by the African American Chamber of Greater Cincinnati and Northern Kentucky. The Chamber found 102 of its roughly 500 members applied for PPP loans by April 29. Although 37% were approved for funding, 20% were rejected and the remaining 43% had not received an answer.

That approval rate is on par with national estimates from the Center for Responsible Lending (CRL), which asserts that 90% of PPP loans in round one went to “wealthier and non-diverse businesses.”

In a written response to WCPO's questions, CRL spokeswoman Carol Parish said Goldman Sachs surveyed small businesses about PPP and found a 40% approval rate for minority firms compared to 52% for non-minorities. She also criticized the SBA for not requiring demographic data from companies that applied for PPP.

"The SBA’s failure to capture demographic data makes it difficult to determine the extent, if any, to which changes in round 2 have improved the racially disparate impacts," Parish wrote. "While it is true that the average loan size has decreased, and smaller lenders have had a larger share of loan originations than in the prior round, there is no evidence of whether this has changed racial outcomes."

The SBA has not provided minority-inclusion statistics for the $669 billion small-business relief program, but its latest PPP report on May 8 indicates more loans are flowing to U.S. companies, albeit in smaller chunks. The data shows 2.5 million loans averaging $73,512 in round two, compared to 1.6 million loans averaging about $260,000 in round one.

Round two results also include about 465,000 loans from lending institutions with less than $1 billion in assets. Congress required $60 billion be set aside for these smaller lenders, which tend to be more accessible to minority-owned firms and other underserved commercial borrowers.

But the chamber’s survey shows mixed signals on whether PPP is working for black-owned businesses.

Cincinnati’s 37% approval rate was “higher than I thought it was going to be,” said Eric Kearney, president of the African American Chamber. “I’m glad that people got money. You know, I’m really happy about that.”

But that doesn’t mean the program worked for minority-owned firms.

“I think it overlooked the majority of small businesses,” Kearney said. “I was surprised by the system running out of money, the unresponsiveness, in some cases, that people experienced, and then the variety of financial institutions to which people applied.”

Kearney said the chamber’s survey shows dozens of his members got bogged down in the bureaucracy, with 14% saying they had received no answer from their banks by April 29 and 9% saying they were asked for more information. Another 18% were still in the queue when the SBA announced it was out of funding, while 2% said they never heard anything from their bank.

“We have work to do to be a conduit for our members to the banking community,” Kearney said. “They did not have solid relationships with bankers such that the banker could advocate for them or push for them or they knew who to call.”

Napier said his four-year relationship with PNC business relationship manager Karl Daniels ultimately helped him win loan approval, even though he was initially denied by the bank and it seemed to him that “the rules changed every second” at the start of the PPP process.

“My banker fought for me,” Napier said. “He kept me aware and on point every step of the way.”

Companies with ready access to accountants and lawyers, he said, found it easier to document payroll expenses or prove they were legally incorporated. Those lacking such resources may have shut themselves out of the PPP process.

“There are a lot of companies who did not get money or didn’t bother after they heard the stories about the first round,” he said. “That’s one of the reasons why we’re joining forces with MORTAR in order to create a crowdfunding site to provide emergency business assistance loans.”

The Minority Business Emergency Assistance Fund aims to provide grants to “vetted minority entrepreneurs and small businesses in the Cincinnati/NKY region who are in need of emergency assistance capital to remain solvent.” The fund’s web site indicates 44 donors have contributed nearly $45,000 toward its $100,000 goal.