Could Paycheck Protection loan, meant to retain employees, be susceptible to fraud?

'There's going to be a lot of fraud' 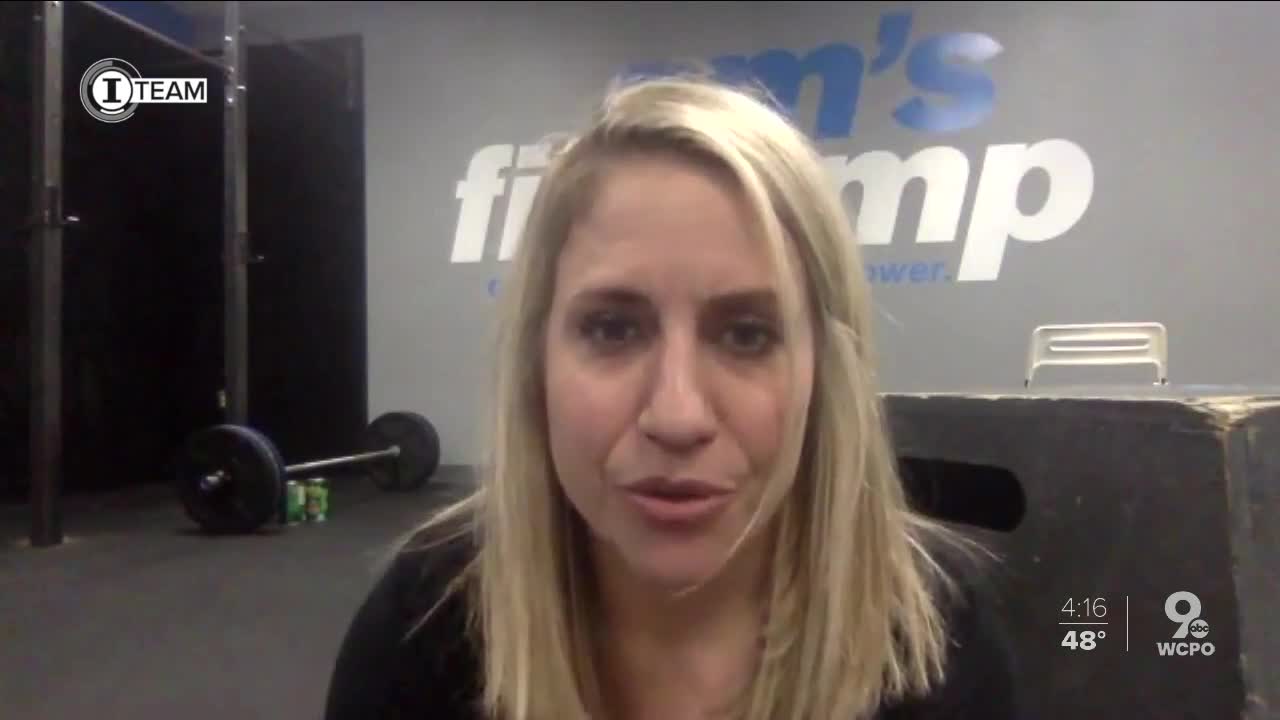 The SBA's new Paycheck Protection loans were gobbled up quickly. Critics say the system is prone to fraud. 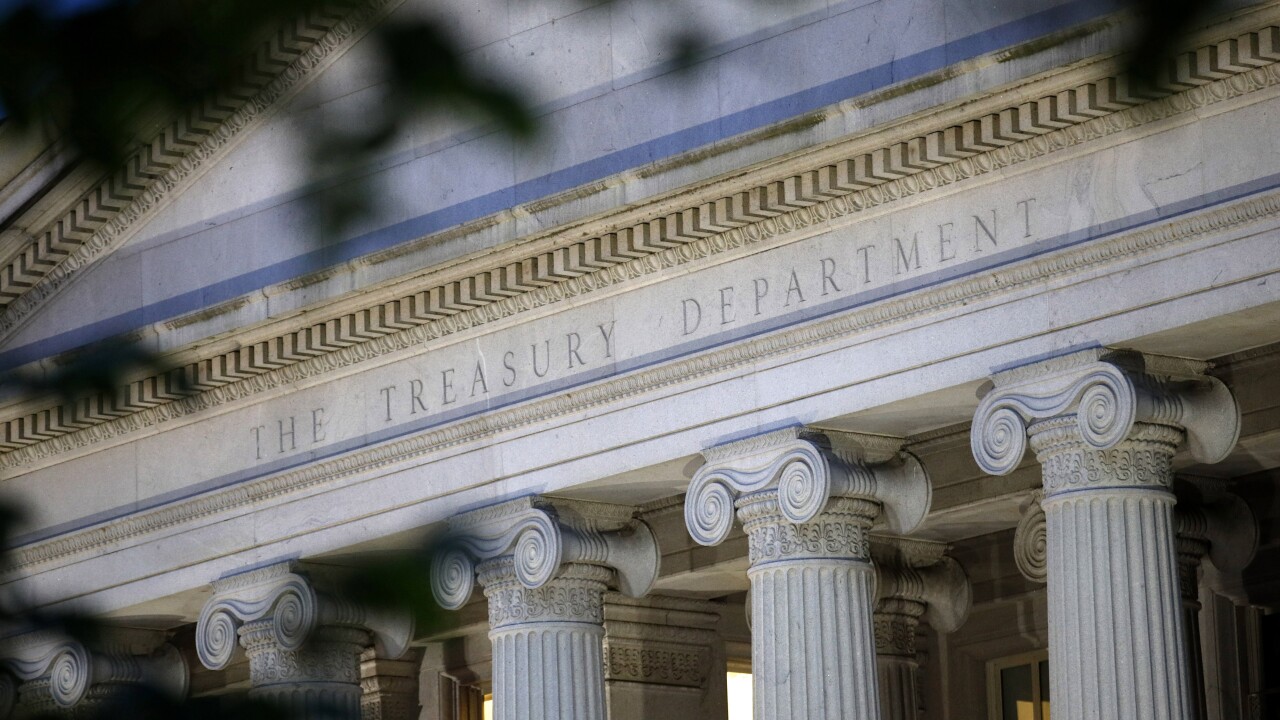 Because her gym was ordered to close as part of Kentucky's effort to fight the COVID-19 pandemic, Wagner felt certain she would qualify.

But she was surprised that the loan application didn’t ask her to prove it.

“It doesn’t say, ‘How much revenue have you lost?’ or ‘How much do you estimate to lose?’ It just says, ‘Do you need the money?' And check-mark in a good-faith estimate that you do,” she said.

That makes her wonder whether everyone applying for the forgivable loan actually needs it.

“At least three people I know who own businesses told me that they’re doing well,” Wagner said. “They’re like, ‘Well, why wouldn’t I apply for this if the government’s offering it?’”

Wagner’s observation is astute, said Rep. Thomas Massie, a Northern Kentucky Republican who has been a vocal critic of the CARES Act.

“There's going to be a lot of fraud in this program,” Massie said. “The imagination of people is unlimited in terms of how to qualify for a program that wasn’t designed for them. And it will be exploited.”

Cincinnati Republican Steve Chabot, who sits on the House Committee on Small Business, agreed there is potential for fraud. But he thinks the SBA has enough tools to prevent it.

“I would say the overwhelming majority of the people who are applying for these loans do need the loans,” Chabot said. “Now, if somebody is applying and they’ve done it in bad faith, they could ultimately have to pay the consequences down the road.”

The U.S. Small Business Administration did not respond to questions for this story.

But its most recent guidelines on the topic, published April 6, says lenders do not need to verify that prospective borrowers suffered coronavirus-related damages.

“SBA will allow lenders to rely on certifications of the borrower in order to determine eligibility,” said the interim final rule, which adds that lenders “will be held harmless for borrowers’ failure to comply with program criteria.”

The loan application itself asks borrowers to certify that “current economic uncertainty makes this loan request necessary.” It’s one of eight certifications required for the loan. Another asks borrowers to promise the “funds will be used to retain workers and maintain payroll or make mortgage interest payments, lease payments and utility payments.”

The loan can be forgiven if at least 75% of proceeds are used for payroll expenses, which banks and borrowers are expected to verify. “I understand that if the funds are knowingly used for unauthorized purposes the federal government may hold me legally liable, such as for charges of fraud,” says the interim rule and the loan application.

Rules aside, the program has proven wildly popular. In fact, the SBA published a notice on its web site Thursday that it's unable to process new applications based on available funding. SBA Administrator Jovita Carranza asked Congress to authorize more funding for the program in a Wednesday evening Tweet.

An April 13 report by the SBA said more than a million paycheck-protection loans totaling $247.5 billion have already been approved through 4,664 banks. The average loan amount is $239,152.

“We’re talking about hundreds of billions of dollars” in loan requests, Massie said. “If more than 50% of that goes to businesses that are genuinely in need, I will be shocked.”

Chabot said he would vote to expand the program if it comes to the House.

"We want to trust small businesses who are the backbone of this economy to not apply if they really don’t need the money,” Chabot said. "You could have structured it another way and made it more complicated and made people jump through more hoops, but it would have slowed the process down considerably and the idea was to get the money out the door quickly in the hands of people who really need it."

At least one small business owner who applied for a Paycheck Protection loan isn’t sure whether he’ll need the money to meet payroll expenses. Andy Holzhauser, a partner in Donovan Energy, applied for two SBA loans: one for paycheck protection and another in the Economic Injury Disaster Loan Program.

“We felt as a firm it’s judicious to get in the queue,” Holzhauser said. “We’re not slowing down in our efforts to support our clients. But a month from now, the world’s going to look a lot different than it does now.”

When he gets a final answer on loan approvals, Holzhauser will decide whether to accept one or both to keep his business healthy.

“We’ll share with the government everything they need to see,” he said. “At the end of the day, if one or both programs helps us maintain our employees, maintain the payroll right where we’re at, that is first and foremost our focus.”

One attorney who has more than 90 clients applying for paycheck-protection loans said Congress was deliberately vague in defining eligibility because it didn’t want to exclude companies that could face future losses from coronavirus.

“Even the people who weren’t shut down, but their pipeline is slowing down or dwindling away, those people are going to be damaged,” said Jeffrey Mullins, a partner in the Dayton office of Taft Law. “Unfortunately, what I’m hearing from a lot of people is, ‘We had a lot of backlog, but our pipeline is completely dry. There’s no new work coming down the road from existing customers.’”

Mullins thinks the SBA is collecting enough information from borrowers to verify that loan proceeds are being used for their intended purpose.

“There’s some pretty detailed information that if you’re doing this correctly that you do need to submit,” Mullins said. “And there’ll be tons of these loans. So, you can look at the odds and ask yourself, ‘How many of these are likely to be audited?’ I think it’s a small number, but I think they are going to go back and look at them.”

As for Wagner? She was conditionally approved for a Paycheck Protection loan by U.S. Bank Wednesday but the SBA has yet to sign off. She hopes to finalize the loan in time to cover May rent and plans to invite workers back as soon as Newport Fitness is cleared to re-open. Ideally, she said, the loan will cover up to eight weeks of payroll while her employees help her rebuild revenue lost by the gym's closure.

"It really just depends on when we are allowed to open," she said. "If it's June 1st, the payroll funds become less useful."