'It makes me very upset with the system' 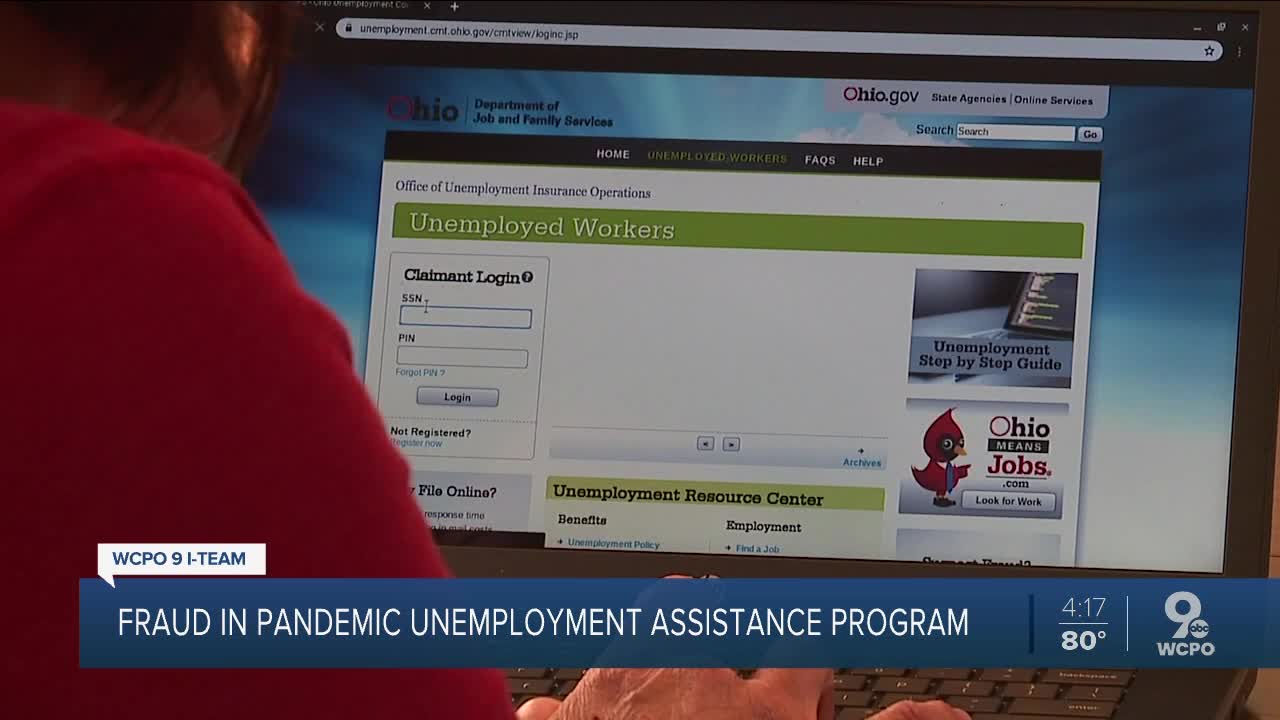 Ohio has paid more than $4.6 billion unemployment benefits. Was 10% of it "improper?"

CINCINNATI — Cydney Wayne has been trying for weeks to get Pandemic Unemployment Assistance for the roughly 10 weeks her Montgomery hair salon was shut down due to coronavirus.

“Pretty much every PUA worker I’ve talked to said I should qualify,” Wayne said. “I’ve been told by a few PUA employees, ‘Wow, it shouldn’t be like that. Let me try and escalate the situation.’ Nobody can escalate the situation. It kind of just stops right there, even though I’ve tried just about everything.”

That’s why Wayne was stunned to learn that the Office of Inspector General told Congress this week that PUA benefits are too easy for criminals to obtain.

“It makes me very upset with the system,” Wayne said. “These people who are not legitimate are so easily getting PUA, but then some of these people that are legitimate, like me, are having this horrible time trying to get it.”

PUA benefits are intended for self-employed workers who normally don’t qualify for unemployment benefits but were authorized to receive payments by the CARES Act, the coronavirus stimulus bill that has so far resulted in $1.1 billion in PUA payments to 171,000 Ohioans.

The Labor Department’s Inspector General told the House Committee on Oversight June 1 that department’s Employment and Training Administration should not be instructing states to allow PUA applicants to “self-certify” their income levels and eligibility.

“We alerted the department that states’ reliance solely on self-certification to determine eligibility significantly increases the risk of fraud, and we have seen evidence of this in recent investigations,” Inspector General Scott Dahl testified. The department “should seek clarification from Congress or request legislative action to curtail this fraud.”

Dahl also warned Congress to expect a spike in unemployment fraud this year.

“The department has estimated that about 10% of unemployment insurance payments are improper under the best of times, and we are in the worst of times,” Dahl said. “That means at least 26 billion dollars will be wasted and a large portion of that will be pocketed by fraudsters instead of going to legitimate workers.”

Applying that 10% figure to Ohio means the Buckeye State could lose $460 million to unemployment fraud this year. That’s 10% of the $3.5 billion paid to unemployment recipients plus $1.1 billion in PUA payments.

Beyond PUA fraud, Dahl warned that scammers are “taking advantage of people applying for benefits by falsely offering to help them file claims, only to misuse their personal and financial information in stealing these payments.” His office has opened more than 300 investigations, including an identity theft case involving more than three dozen “frontline health care workers” whose personal information was stolen “while they were combatting COVID-19.”

Ohio has identified more than 1,500 “instances of fraud” in its unemployment program since April, said Kimberly Hall, director of the Department of Job and Family Services.

Seven of those cases have been referred for criminal prosecution but none in Southwest Ohio. The remaining cases will likely end up in collections. Hall said many of the cases involve people who go back to work but continue to collect unemployment benefits. But Ohio is seeing cases of identity theft and diversion of payments to illegitimate bank accounts.

“There was a fraud ring operating on the west coast that they were able to catch but with so much exposure with systems, every state right now is just getting hammered,” Hall said. “I just wouldn’t be surprised if people with nefarious intent are out there trying. But we pride ourselves in our protocols. In Ohio, we do pretty well with our fraud detection methods.”

But that’s little consolation to Wayne, a self-employed hair stylist who hasn’t been able to collect PUA benefits because she has a second job selling professional salon products.

Before the pandemic, more than half of her income came from Salon Black, her one-year-old business that operates at GK Salon Suites in Montgomery.

She listed both jobs on her initial claim for unemployment benefits, even though she wasn’t laid off by her employer. However, because she had a W-2 from the sales job, the state unemployment system opened her claim for that job rather than Salon Black. That kept her from opening a new claim in the PUA system. She estimates she missed out on $7,800 in payments in the last 10 weeks, jeopardizing her young business.

“It’s really put kind of a hold on things,” she said. “They’ve asked us to start working again and supplying PPE for our clients. I’m supposed to just be able to provide all these things that I can’t afford. I’m missing so much pay. It’s scary and it’s unfortunate.”