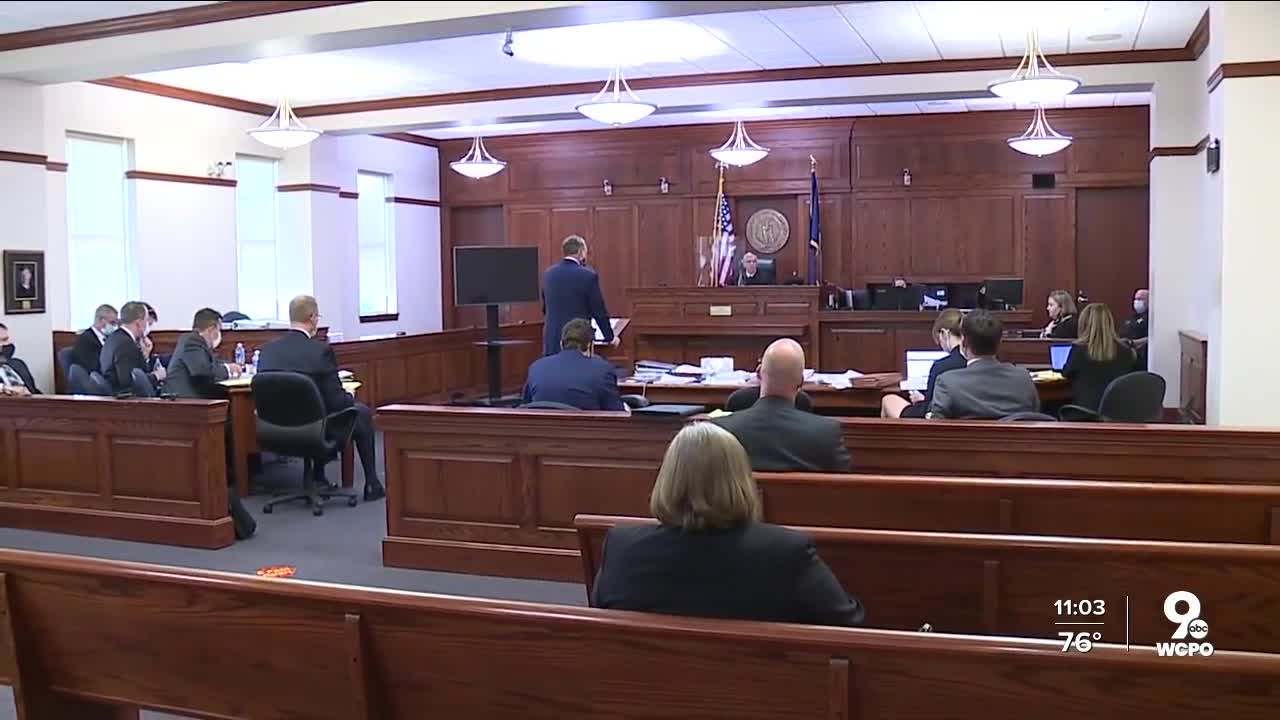 In a marathon evidentiary hearing that lasted more than 12 hours Thursday, the Kentucky attorney general’s office called on a Boone County court to put a stop to the governor’s coronavirus orders, a judgment that both sides know may soon end up in Kentucky's Supreme Court.

BURLINGTON, Ky. — In a marathon evidentiary hearing that lasted more than 12 hours Thursday, the Kentucky attorney general’s office called on a Boone County court to put a stop to the governor’s coronavirus orders, a judgment that both sides know may soon end up in Kentucky's Supreme Court.

Attorney General Daniel Cameron has asked the Boone County Circuit Court for a temporary injunction on Gov. Andy Beshear’s executive actions during the pandemic, including his latest order on masks in public and pandemic assistance. The court granted the injunction late Thursday night.

"This is not about the Governor’s policies, it’s about making sure he follows the law," Cameron said. "Judges at every level have found constitutional problems with his orders. Instead of collaborating with our office and the General Assembly to fix these issues, he’s pointing fingers."

The plaintiffs are asking for a temporary injunction allowing daycare ratios to increase from 10 kids to 15 for every teacher, and for restaurants to allow social distancing at three feet back-to-back.

As for Beshear’s order requiring Kentuckians wear masks in public, attorney Chris Wiest argued fines should be done away with as most businesses currently operate in good faith.

"We averted a huge economic disaster: 43% of the daycares being shut down in the next three months," Weist said Thursday. "Businesses being out of business in the restaurant business. We would've lost 20% of the restaurant industry."

At the heart of this hearing was whether or not Beshear overstepped Kentucky Revised Code 39 A.100, which gives the executive branch certain special powers during an emergency. Beshear declared a state of emergency March 6, when COVID-19 cases were still in the single digits, and he said the orders have saved lives.

“No rules," Beshear said during his Thursday COVID-19 briefing. "Companies wouldn’t even have to sanitize or use hand sanitizers, no masks -- just the wild west. That’s terrifying in the middle of a worldwide health pandemic, and it would mean we would fail, and it means people would die.”

Dr. Steven Stack, Kentucky’s public health commissioner who advises Beshear on many of these orders, testified late Thursday that initial modeling projected 45,000 to 90,000 Kentuckians would be dead of the virus between six to nine months of the pandemic’s origin.

But as of Thursday, after Kentucky shut down schools and businesses in March, the state has seen 650 people lost to coronavirus.

Stack said his office’s goal is to “balance our lack of knowledge of the disease with a rapid learning curve with the ability to rapidly calibrate interventions to save the most lives with the least consequences.”

He said the state’s coronavirus positivity rate has recently doubled from its baseline, but the rise in Kentucky coronavirus cases isn’t driven by more testing. What’s more, according to Stack, between 20% and 40% of people carrying the virus show no symptoms.

With a fast-tracked vaccine still on the horizon in 2021, Stack said he can’t be sure how long Kentucky’s state of emergency will last. Without continuing to take coronavirus precautions, he said the state could see a continued rise in cases and deaths.

“If we go forward with opening things, how many people are we okay with dying?” he asked.

A follow-up hearing has yet to be set.