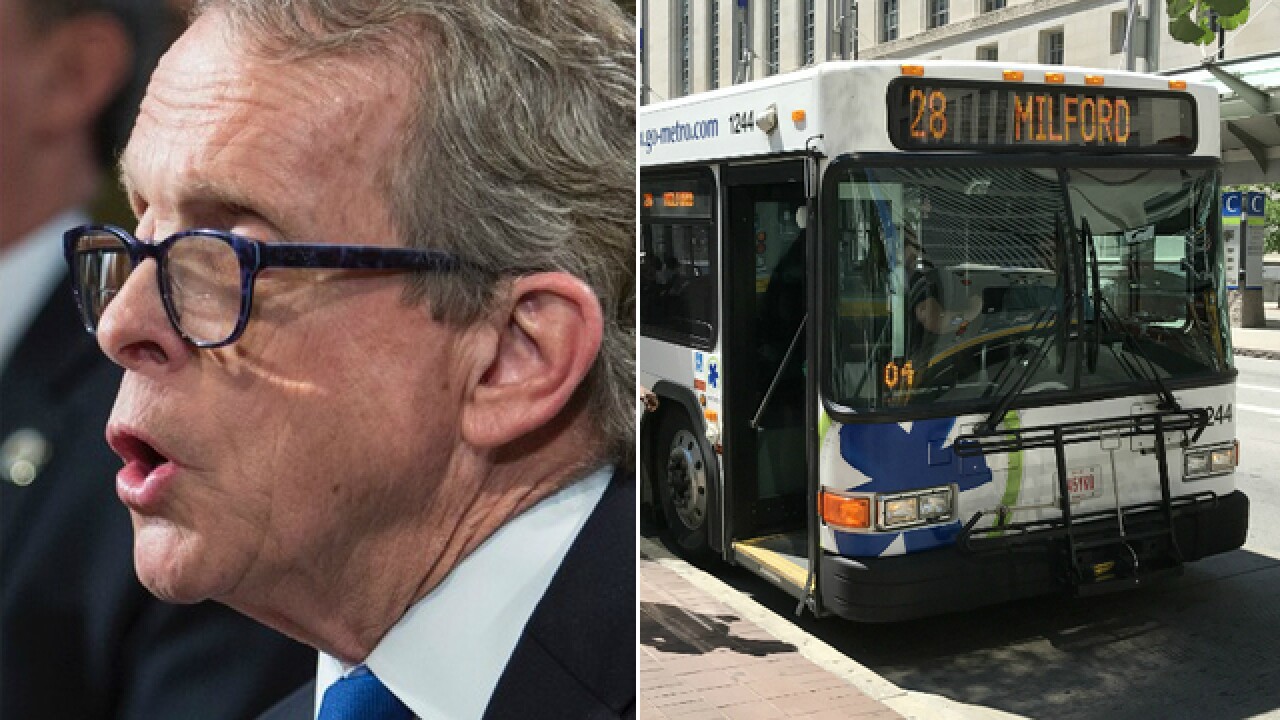 ABC News projected around 11 p.m. Tuesday that the Republican Party will maintain control of Ohio's top office when Mike DeWine defeated Democrat Richard Cordray in the race for Ohio's next governor.

Among the top issues voters raised with the candidates was the state of Ohio's public transportation infrastructure. With the lack of a transit-related ballot initiative in Hamilton County and dwindling federal funds toward public transit, the state's role in assisting local and regional transit agencies could become more important than ever .

It's an issue on which Tuesday's winner did not take a strong stance over the course of the campaign.

In an Oct. 8 debate hosted by Ohio Public Radio, DeWine said "the state has to play a role" in public transit. "I'm going to do what I've done with everything else. I'm a very good listener. I'm someone who travels the state a lot. That has to be a real focus."

READ MORE: Here's why Metro should be watching the Ohio governor's race

In that same debate, Cordray criticized DeWine's answer, saying it wasn't an answer at all.

"All I heard you say was the state has to play a role, but you won't tell us what it is," he said.

Cordray promised a $1.8 billion infrastructure plan that would have included funds specifically earmarked for public transit. He said the money would come from a voter-approved bonded financial package, but never specified how much would actually go toward transit.

DeWine called that another promise the Democrat couldn't keep.

Local transit advocates said they weren't thrilled by DeWine's victory and worry the next four years will mean more of the same from Columbus: Record-low state-sourced funding for Ohio's transit agencies.

"I don't expect much to change, honestly," said Cam Hardy, who heads up the nonprofit Better Bus Coalition. "He didn't really give any specifics on the campaign trail, and I don't expect the state legislature to be motivated if the demand isn't coming from the top."

The Better Bus Coalition has been a prominent driver for other bus initiatives in the city this year, including pushing for Cincinnati's first ever bus-only traffic lane as well as installing benches at Metro bus stops across the city .

The 2018-19 Ohio state budget included $6.5 million for public transportation split among the state's transit agencies -- $800,000 of which went to Cincinnati Metro this year. That's less than 1 percent of Metro's annual operating budget.

It's also the smallest amount of funding the state has invested in public transit since the 1970s, according to the policy research institute Policy Matters Ohio.