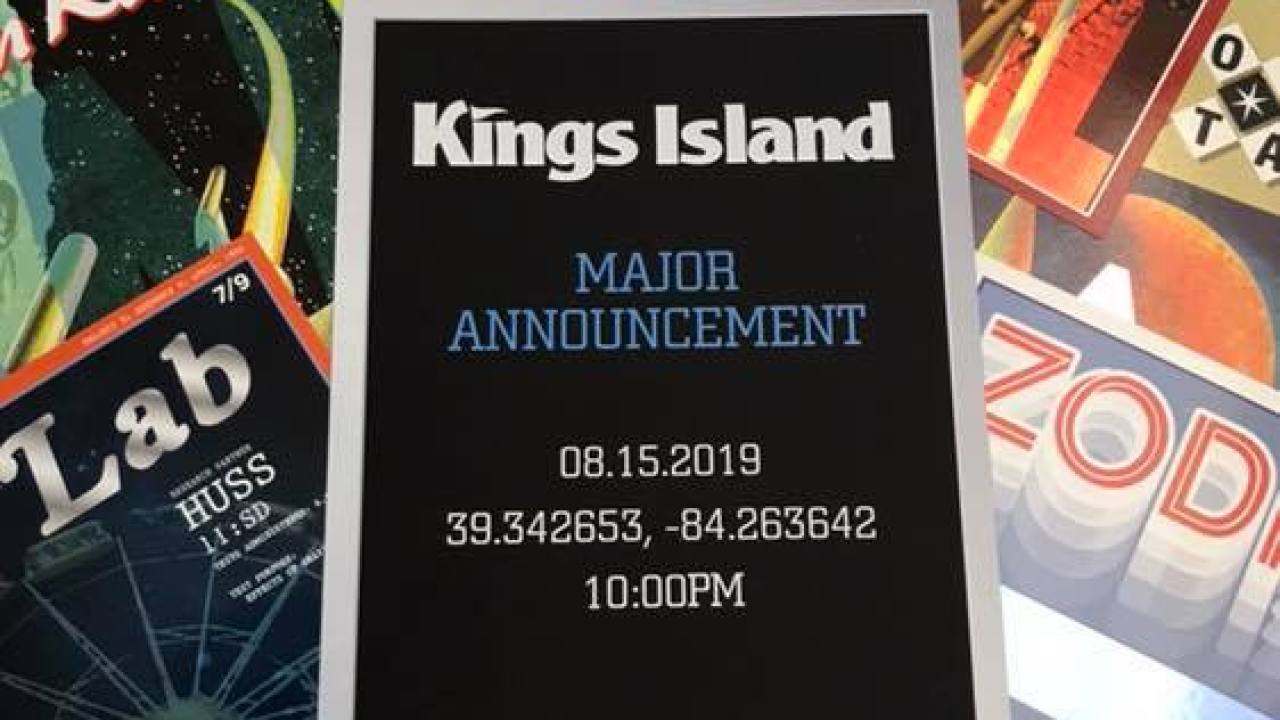 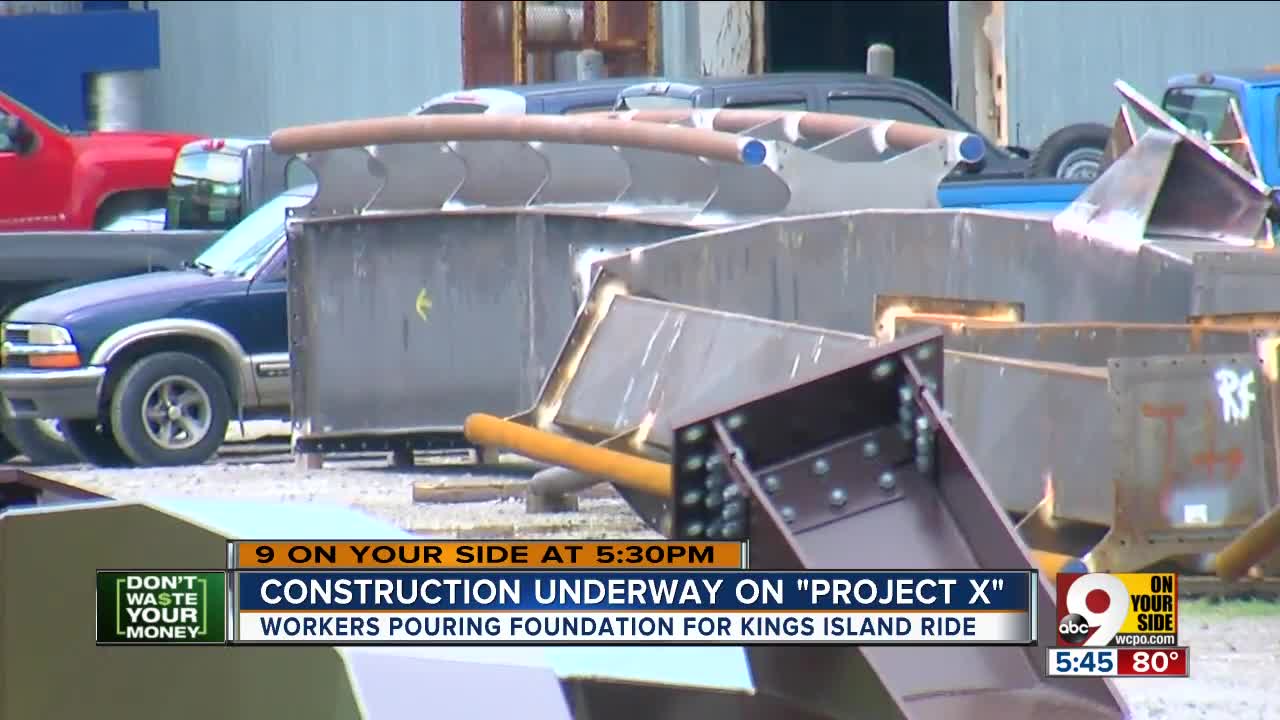 The months of speculation are about to come to an end.

Kings Island says it will make a "major announcement" Thursday Aug. 15th, on the eve of National Roller Coaster Day.

The Mason, Ohio park won't say what the announcement will concern, but based on blueprints filed with the City of Mason, and construction already underway in the park, fans are fairly certain it will be a major roller coaster.

The blueprints appear to show a 300-foot tall coaster on the site of the former Firehawk ride, behind The Racer. It is called only "Project X" in the plans.

The park has been teasing coaster enthusiasts for several weeks now by putting up posters on the fence in front of the secret construction zone.

Each day a new poster would go up, but with no explanation of why. Fans would rush to the fence as soon as the park opened at 10 a.m. to see that day's new teaser.

Each poster shows a current or former ride at the park,. Once the posters were up, the letters on each spelled out the first letters of the R.E.M. song "The End of the World as We Know It."

If indeed the new ride is a "giga" coaster, meaning a coaster over 300 feet tall, it will be only the seventh giga coaster in the entire world.

International theme park consultant, and Kings Island co-founder Dennis Speigel, told us the manufacturer is Switzerland's Bolliger and Mabillard, which built the Diamondback coaster a decade ago. He said the track is already being built nearby at Clermont Steel Fabricators in Batavia, Ohio.

Kings Island and parent company Cedar Fair have yet to confirm any new ride. Spokesman Chad Showalter told WCPO, "The park does not comment on speculation."

But Cedar Fair recently filed federal trademark names for rides called Orion and Polaris, indicating that Project X could soon be unveiled under one of those names.

Check back for further updates, and as always, don't waste your money.