New Kings Island coaster could be Orion or Polaris 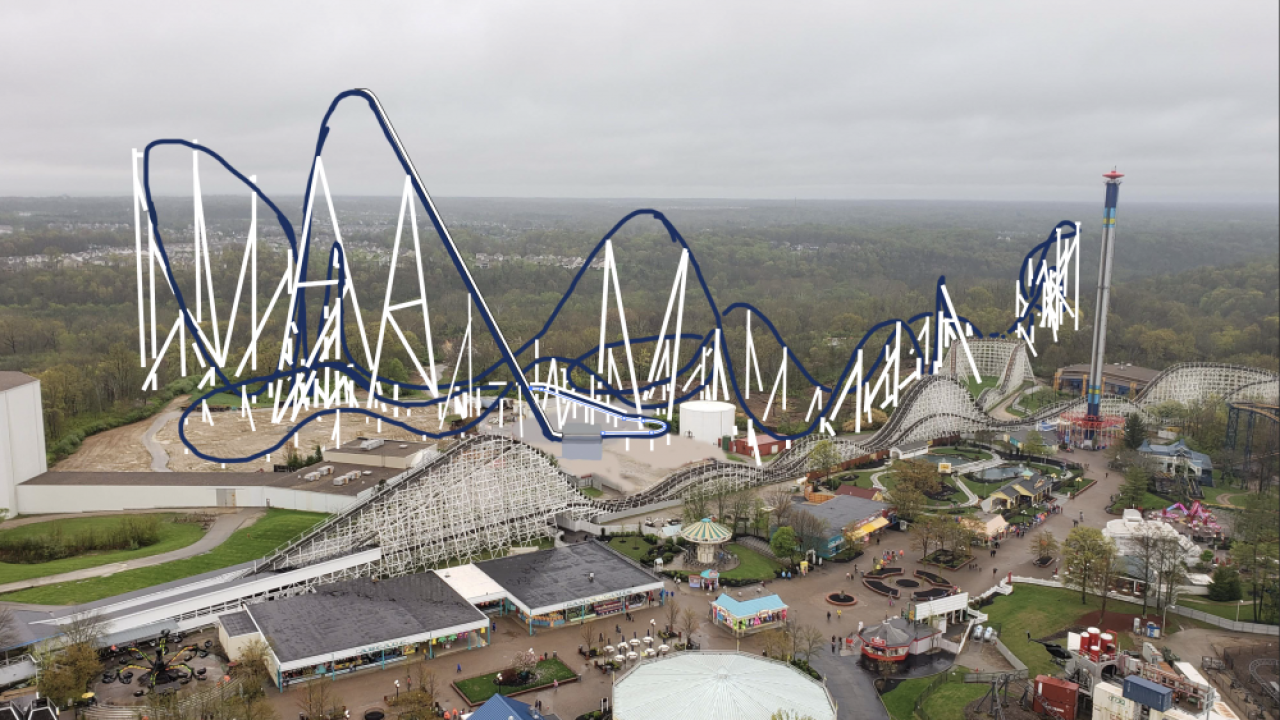 Roller coaster and theme park fans have been talking about a possible new coaster at Kings Island since Firehawk started coming down in fall 2018.

Now, we could have a possible name for the park's next ride.

Coaster forums have been buzzing about the big clearing going on behind Flight of Fear in recent weeks.

In photos taken from the Eiffel Tower and the top of The Racer, it appears the land under Firehawk is now being prepped for something else. In addition, photos show what appears to be additional tree clearing in the land where Dinosaurs Alive used to stand.

Enthusiasts on KI Central forums are hoping it could be preparation for a 300-foot-tall giga-coaster, which most of Kings Island's sister parks (such as Cedar Point) already have.

KI Central Forum member thoe124 created the image of what a possible giga would look like in that area (in image shown above). This is not a Kings Island/Cedar Fair photo.

WCPO obtained copies of Cedar Fair's paper filings, which request trademarks for the names Orion and Polaris, each as an "amusement park ride," along with T-shirts, toys, magnets and more.

Kings Island declined to comment but provided a short statement: "It's not uncommon for Cedar Fair to file trademark applications to use (or not use) In the future. Our policy is not to comment on rumors or speculation that relates to any of our properties."

The names could also be for future rides at other Cedar Fair parks, such as Kings Dominion or Carowinds. The trademark papers we inspected do not mention Kings Island (or any park).

However, the land where Firehawk stood is known as "X-Base," which has a space and paranormal theme. Some enthusiasts say Orion or Polaris would be perfect names for a giant space-themed coaster on the huge swath of land behind The Racer.

Brad Perdue, a moderator of the KI Central forums, told us " KIC Members love utilizing what information we have to work with, and decode how the puzzle will come together. Could those names be for Kings Island? Maybe, but as of right now we are still just try to understand what is going on in X-Base with what little info we have. Anything read on KIC right now is just speculation."

So the guessing continues.

"Regarding your question, it’s not uncommon for Cedar Fair to file trademark applications to use (or not use) in the future. Kings Island is part of Cedar Fair, a publicly traded partnership which owns and operates 11 amusement parks, three outdoor water parks, one indoor water park and five hotels. As a whole, our policy is not to comment on rumors or speculation that relates to any of our properties. "