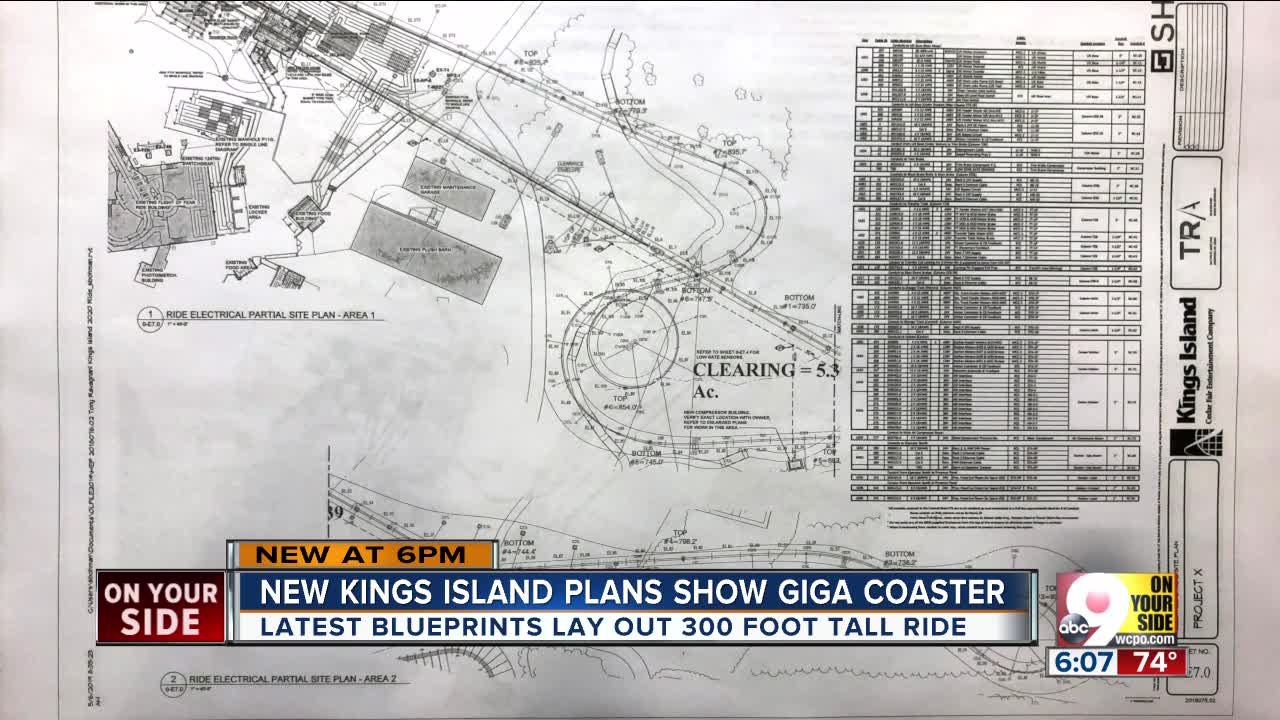 WCPO has obtained the latest blueprints for a massive coaster coming soon to Kings Island. 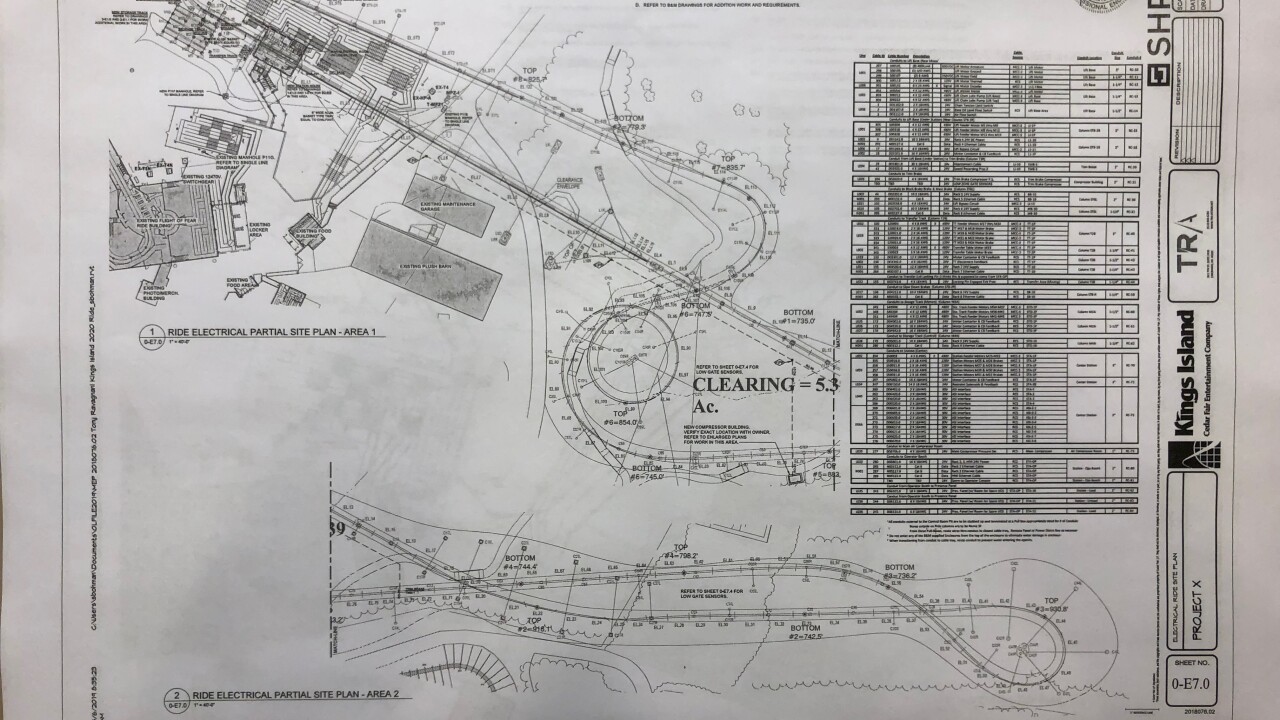 Two weeks ago, WCPO was to first to report on blueprints for the foundation of a new Kings Island ride, known cryptically as Project X.

Kings Island co-founder and current theme park consultant Dennis Speigel told us the plans looked like only one thing: the base of a 300-foot-tall "giga" coaster.

Kings Island would not confirm anything. The blueprints, filed with the City of Mason, Ohio, did not even say roller coaster, only calling it a "ride."

Now, we have much more detail, in plans obtained by WCPO 9 On Your Side.

The latest official blueprints, which we obtained again from the City of Mason, clearly show an enormous coaster, that dwarfs the iconic wooden coaster The Racer next to it.

The first set of plans showed only the foundation, but these show the actual coaster.

It would load at the old Firehawk entrance (in what is called X-Base), then climb a lift hill, and then take what appears to be a 305-foot drop according to coaster experts analyzing the drawing on KI Central Forums (it would have to surpass 300 feet to be considered a giga).

The blueprints show it heading east past the Racer's turnaround, toward the Kings Island and Miami Valley railroad.

It would then make a banked turn in what coaster fans call a "treble clef," and would return to the loading base.

But the thrills would not end there: the plans show a helix, or corkscrew turn, near the end, before the final brake run.

And some dashed lines on the blueprint after the final turn suggest it may go through a tunnel before coming to a stop, according to the forums.

What is Kings Island saying?

Kings Island and parent company Cedar Fair have yet to confirm any new ride, or schedule an announcement. Spokesman Chad Showalter has told us, "The park does not comment on speculation."

But Cedar Fair recently filed federal trademark names for rides called Orion and Polaris, indicating that Project X could soon be unveiled under one of those names.

See closeups of the plans, and read more speculation of what the ride should look like, at KI Central.com.

In the meantime, next time you are in the park, look at the enormous dirt clearing on the far side of The Racer, and start imagining what could be there next year. Go up the Eiffel Tower for the full view.

Currently only six giga coasters exist in the entire world: Kings Island may soon have the next one.