Dennis Speigel: "This is a 300-foot giga coaster" 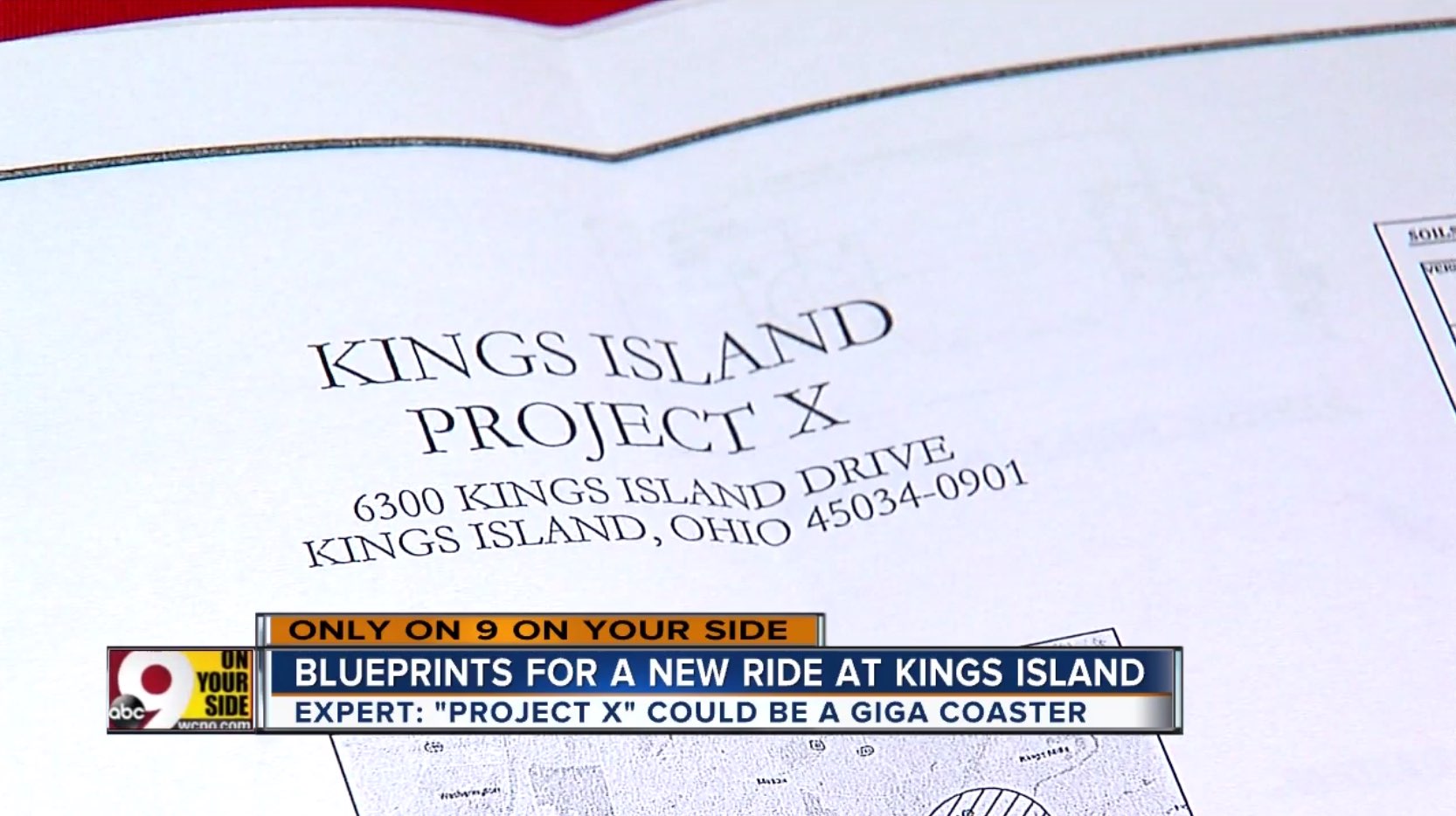 Could "Project X" be a giga-coaster? 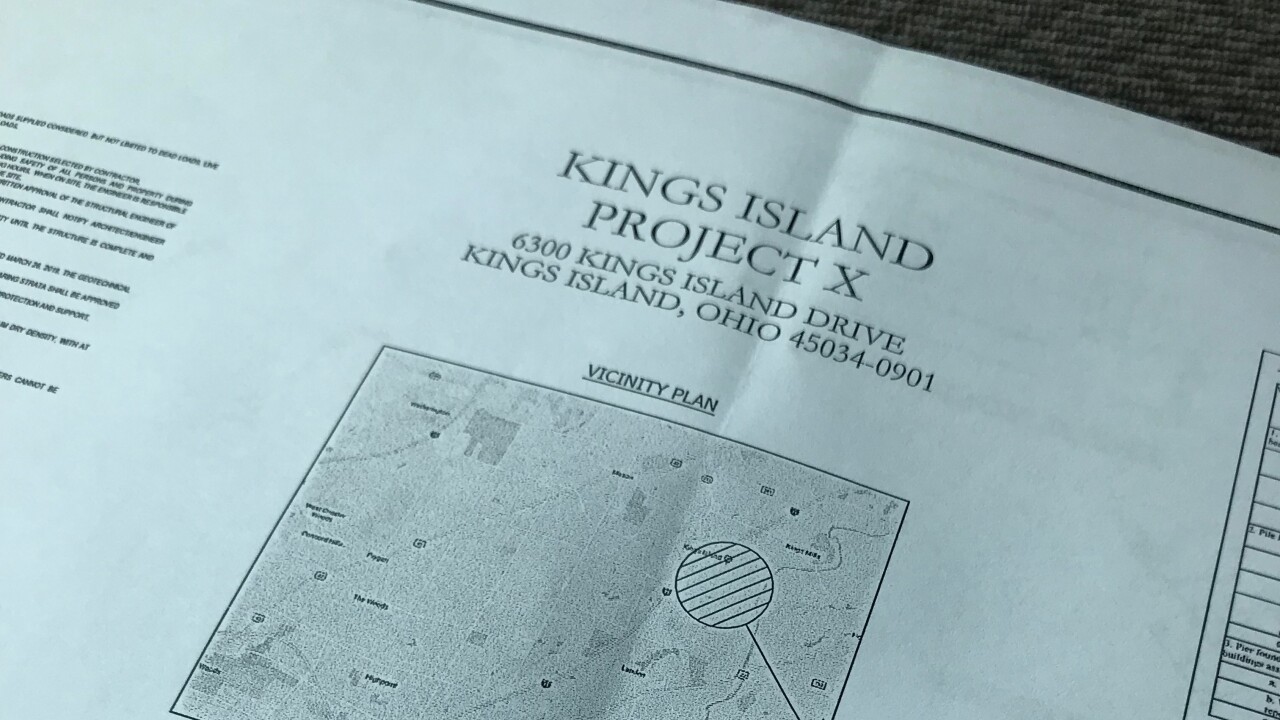 MASON, Ohio — The six-month-long guessing game for coaster fans is almost over. Almost.

Kings Island has filed official blueprints to start work on a new roller coaster, which has the code name "Project X" for now.

WCPO obtained copies of the blueprints from the City of Mason, which must approve all work at the park. The plans were approved by the Mason Building Department on April 24, 2019, giving the park go-ahead to begin construction.

But the plans only say "ride" (not coaster), and show only the foundation, footings, and steel needed to frame the base of the ride.

In true Cedar Fair fashion, the park's owners are releasing only a tiny bit of information at a time, possibly because that is all that is needed for the present, but also because little drips send the fan community into a frenzy on forums like KI Central.com, where this topic already has over 80 pages of comments, drawings and speculation.

So what are they building?

So to help interpret the five pages of drawings, we went to one of the top theme park experts in the world, original Kings Island co-founder Dennis Speigel, who now runs a consultant group called International Theme Park Services.

Speigel, who helped design Kings Island along with Gary Wachs in 1971, went over the blueprints with us and came to one conclusion.

"This is a giga coaster," Speigel said.

A "giga" is a coaster at least 300 feet tall, which would place it almost 100 feet taller than Diamondback, and Speigel says, make it almost the same height as the park's famous Eiffel Tower.

There are only six giga coasters in the world, with King Island's owner Cedar Fair owning four of them.

The tallest in the U.S. is Fury 325 at Cedar Fair's Carowinds park in North Carolina, at 325 feet. Millennium Force at Cedar Point is next, which checks in at 310 feet.

Speigel is not sure Kings Island will want to build one taller than that, because Cedar Fair may not want to give up the "tallest in Ohio" honor that its Sandusky park currently holds.

But he admits anything is possible, especially since theme park executives he is talking to say, "The rumor is that it could be 355 feet tall." He also said talk in the industry is that the new Kings Island coaster will be about 5,000 feet long and run at speeds of up to 93 miles per hour.

What about a name?

The filing comes just days after Cedar Fair filed for a national trademark for the ride names Orion and Polaris. (Read more about the name filings here).

Again, as the company loves to do, they teased their fans with not one but two names, to keep them guessing right up until announcement day.

The blueprints only call it "Project X.' They were first discovered by KI Central member Bansheeback.

Speigel expects the manufacturer to be Switzerland's Bolliger & Mabillard, which built King's Islands Diamondback and conveniently has a steel manufacturing facility nearby in Clermont County, Ohio.

So what is Kings Island and Cedar Fair saying?

Nothing, absolutely nothing, which is what we have come to expect given the lead-up and teasers for Banshee, Mystic Timbers, and even this year's Antique Cars.

Which means the excitement will only continue to grow.

"We’re just seven operating days into our 2019 operating season, and so far, guest feedback has been incredible. In response to your question, right now we’re focused on what a great summer it’s going to be here at Kings Island. From guests coming to the park to get their first rides on Kings Mills Antique Autos and The Beast during its 40th anniversary season, to Soak City water park opening in a few weeks, it’s going to be a great year. "