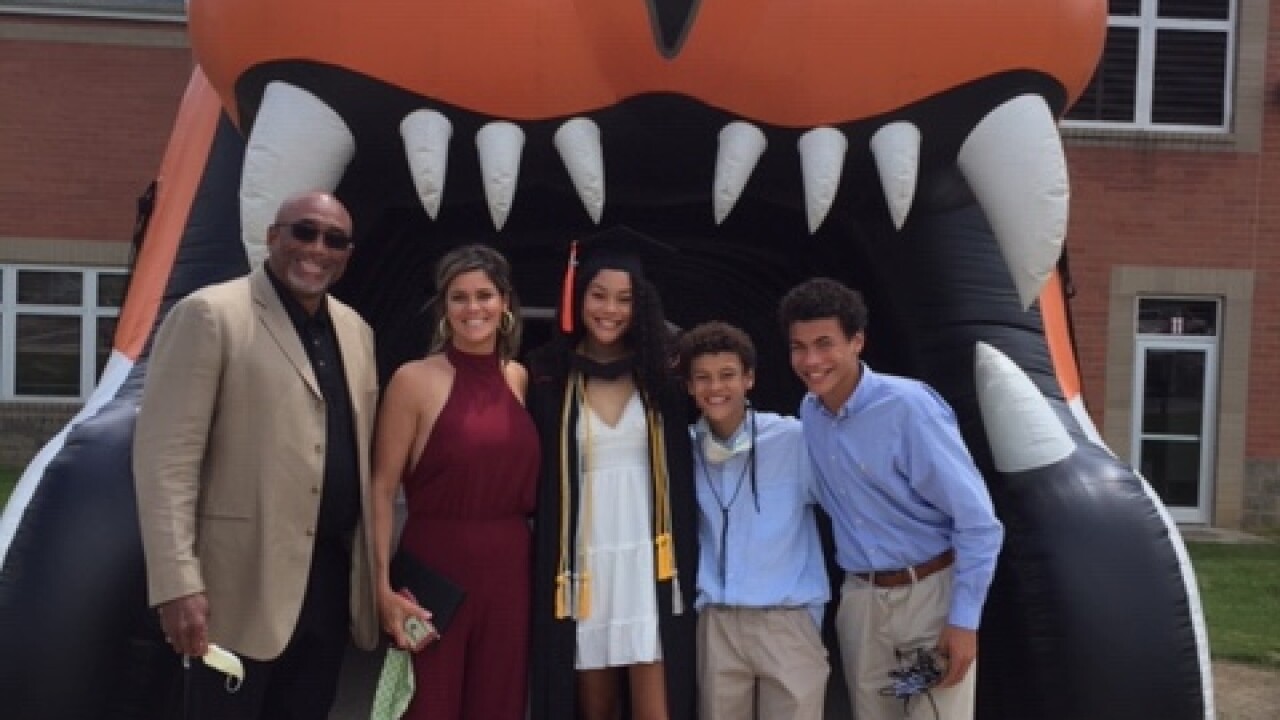 GOSHEN TOWNSHIP, Ohio — Jillian Hayes felt sick to her stomach last week when she watched the video of George Floyd's arrest before his death.

"I'm tired of having to worry about whether my dad or my brothers or my cousins, my uncles -- just friends in general -- when they leave the house if they are going to make it home safe," Hayes said. "So I think it's very important that we show our support by being there and just voicing out against the injustices that are going on."

Monday's objective was simple yet carried a powerful message: Hayes and her family wanted their voices heard in order to spark change.

"Just to not be silenced," Hayes said. "You know come together and be united with all the people that are there in honor of George Floyd and all the other senseless murders of black men and women."

Former Minneapolis Police Officer Derek Chauvin was seen in a video kneeling on Floyd’s neck before his death. Chauvin was charged late last week with third-degree murder and manslaughter.

Jonathan Hayes, Jillian's father and a former Cincinnati Bengals assistant coach, was disheartened to see what occurred in Minnesota.

"I think the hardest part obviously having worked in some law enforcement when I was younger and then knowing my father worked in law enforcement for years -- the injustice, the lack of respect for life -- that really is hard to see and to watch," he said. "And just being brutally honest, watching a white man just kill a black man in the middle of day and no one could do anything to save him."

Jonathan and his wife, Kristi, said it was important to show Jillian and her younger brothers Jonah and Jewett how to peacefully protest on Monday in speaking up for social change.

Jillian Hayes led the effort for her family to attend the protest. Her parents supported the initiative 100%.

"She has been front and center on it all along," Jonathan Hayes said. "She's always had views -- even more so."

"Jillian is extremely passionate about the things that she believes in and very receptive to what's going on," Parker said. "She has been one of those kids that's done a great job of being out there and active and being a leader well beyond her years."

Hayes said she has participated in Zoom calls with UC coaches and teammates about what has occurred in the country over the past week.

She said the UC coaching staff has given its full support to the players. Hayes encouraged other student-athletes to speak up.

Parker said Hayes is the type of student-athlete who definitely has a vision for her future.

"These are the types of kids that are going to lead our nation," Parker said. "I wouldn't be surprised some day after she is out of school that Jill is in some sort of public service where she is a mayor, a governor, a senator or whatnot so she can enact some sort of change and build this country up."