Brent Spence detours: Getting around the Tri-State while the bridge is closed

Bridge could be closed for weeks 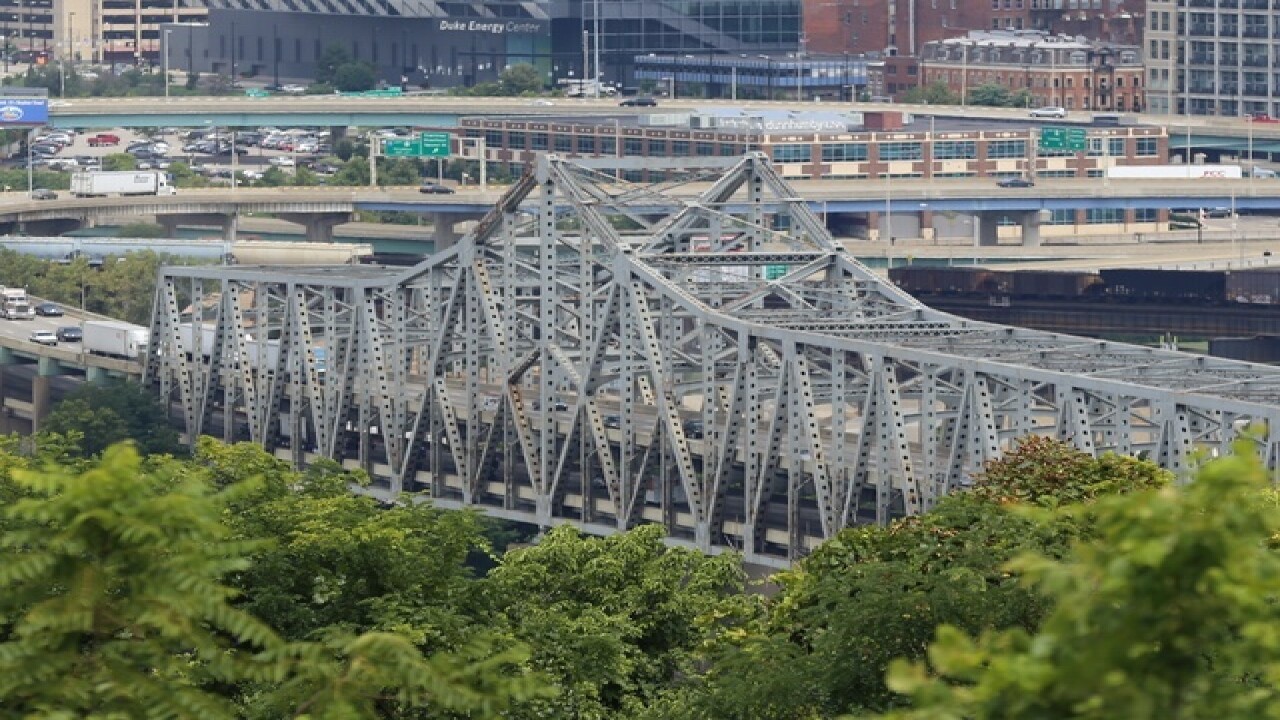 The Brent Spence Bridge is closed after a semi fire Wednesday morning damaged the lower and upper decks of the bridge. Authorities say it could be several days or even a few weeks before one of the area’s busiest thoroughfares reopens. South I-71/75 in Northern Kentucky is also closed from the bridge to I-275, but some northbound lanes are reopening by noon on Saturday, Nov. 14.

In the meantime, here’s how to get where you’re going without using the bridge:

You still have several options for getting to and from downtown Cincinnati and Northern Kentucky, including:

The John A. Roebling Suspension Bridge reopens to passenger vehicle traffic Friday evening at 8 p.m. Cincinnati Police emphasized that no commercial vehicles are permitted to use the bridge upon reopening. The bridge had been closed Wednesday after Covington police said drivers continued to ignore the historic bridge's weight limit.

Getting to NKY from Ohio

Southbound I-75 traffic headed for the Brent Spence is being rerouted to I-471, as southbound I-71/75 in Northern Kentucky is closed at I-275.

You can also get off I-275 at Madison Pike (Exit 80) or Taylor Mill Road (Exit 79) to get to areas like Latonia, south Covington, Fort Mitchell and Fort Wright.

Getting to Ohio from NKY

Those heading northbound on I-71/75 should take eastbound I-275 to northbound I-471. Cross the Daniel Carter Beard Bridge and stay on north I-71 to get to areas like Norwood, Mason and West Chester, as usual. I-71 hasn't seen any closures in Ohio, but it wouldn't hurt to allot a few extra minutes due to heavy traffic congestion on east I-275.

From Northern Kentucky, you can still get to West Side Cincinnati and northern areas like Wyoming and Reading by taking north I-71/75 to eastbound I-275. Then, hop on northbound I-471, cross the Daniel Carter Beard Bridge and take Exit 6A for US 50. Keep left to take the I-75 exit, and you're clear up all the way up to Dayton and beyond.