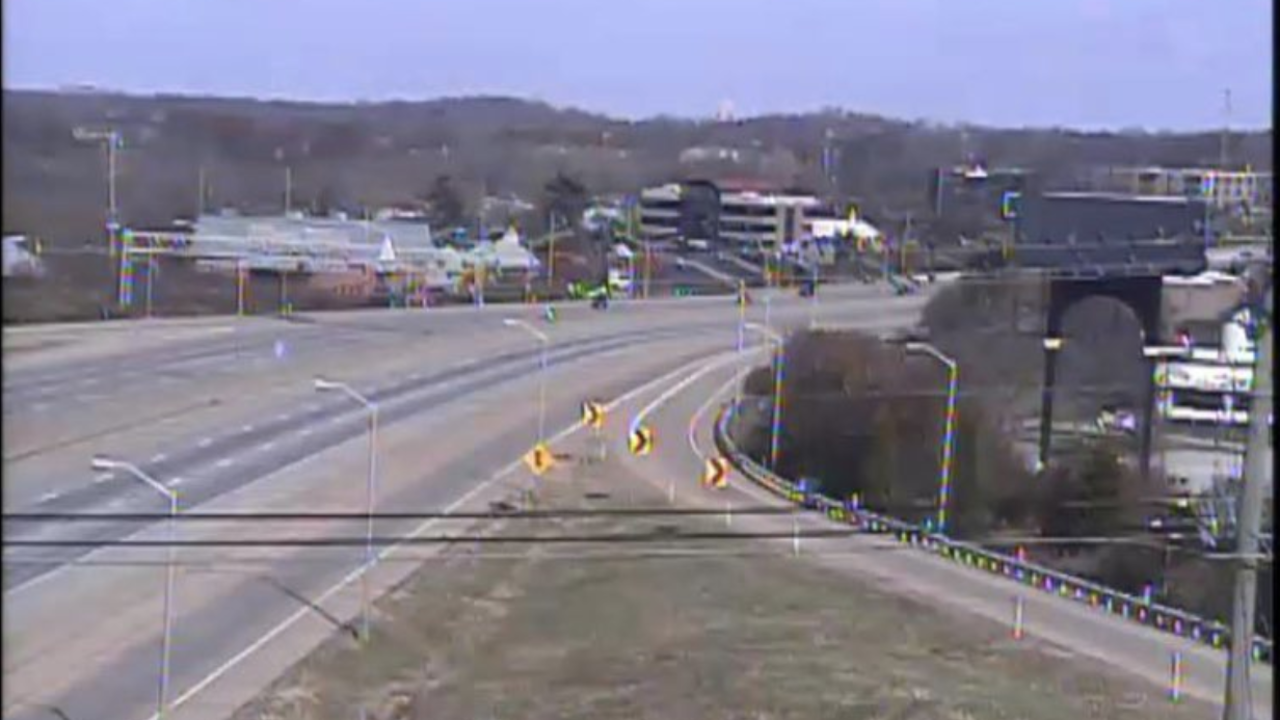 TriMarc
TriMarc traffic cameras in Northern Kentucky captured an empty I-71/75 after the expressway was closed earlier that week due to the Brent Spence Bridge closure.

KENTON COUNTY, Ky. — After shutting down northbound lanes on Interstate 71/75 in Northern Kentucky to all vehicle traffic, in the aftermath of an abrupt Brent Spence Bridge closure, Kentucky transportation officials will reopen a portion of the expressway to local traffic overnight on Friday.

The new local traffic flow will involve a single lane with access to half a dozen exits between the Interstate 275 interchange and the Fifth Street/KY 8 exit just before reaching the bridge northbound.

UPDATE: A single lane of I-71/75 northbound will reopen from the I-275 interchange to 5th Street (Exit 191) overnight. @DrivingNky pic.twitter.com/0dqvmB5IOz

"In order to establish this new traffic pattern, several lane closures will be put into place on I-71/75 NB at the KY 18 exit," Kentucky Transportation Cabinet District 6 officials tweeted. The KY 18 exit is in Florence.

Transportation officials did not immediately elaborate on how law enforcement would monitor the situation to ensure compliance.

The new traffic pattern will come after three full days of massive traffic disruptions across Northern Kentucky and in downtown Cincinnati after a fiery, two-semitrailer crash compelled officials to close the bridge early Wednesday. Since, Northern Kentucky highways and urban surface streets have flooded with diverted passenger and commercial traffic.