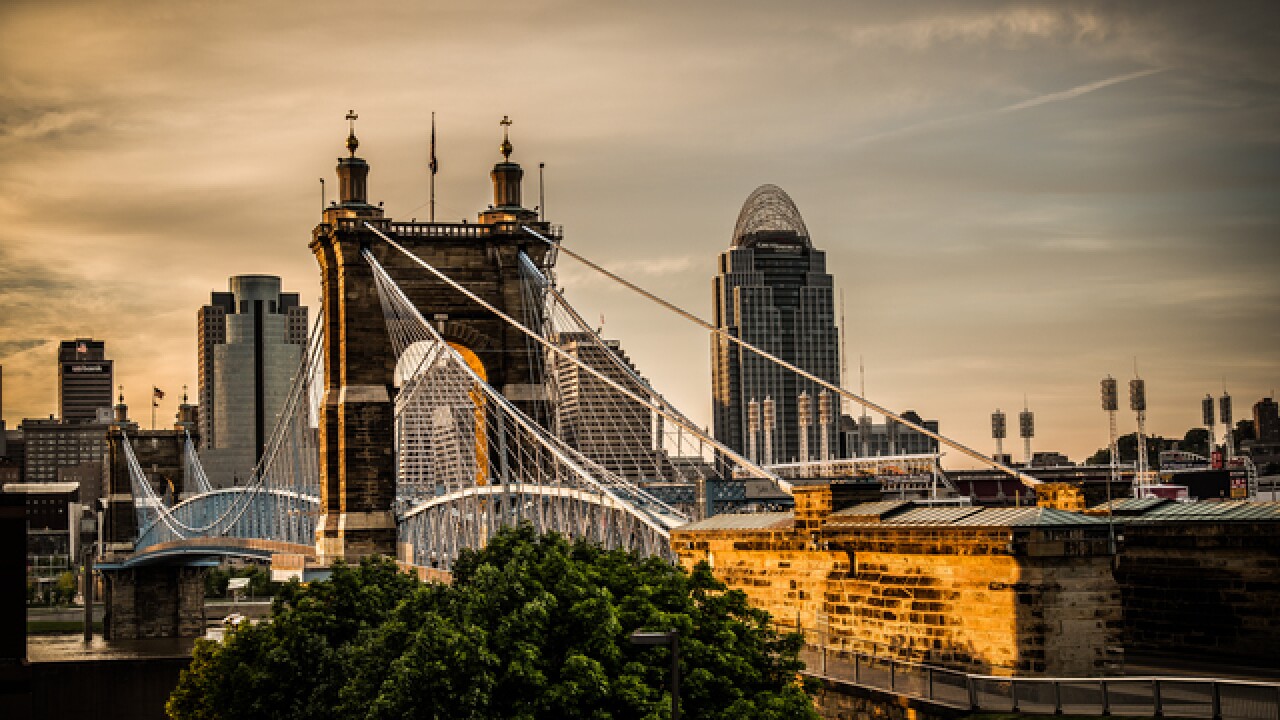 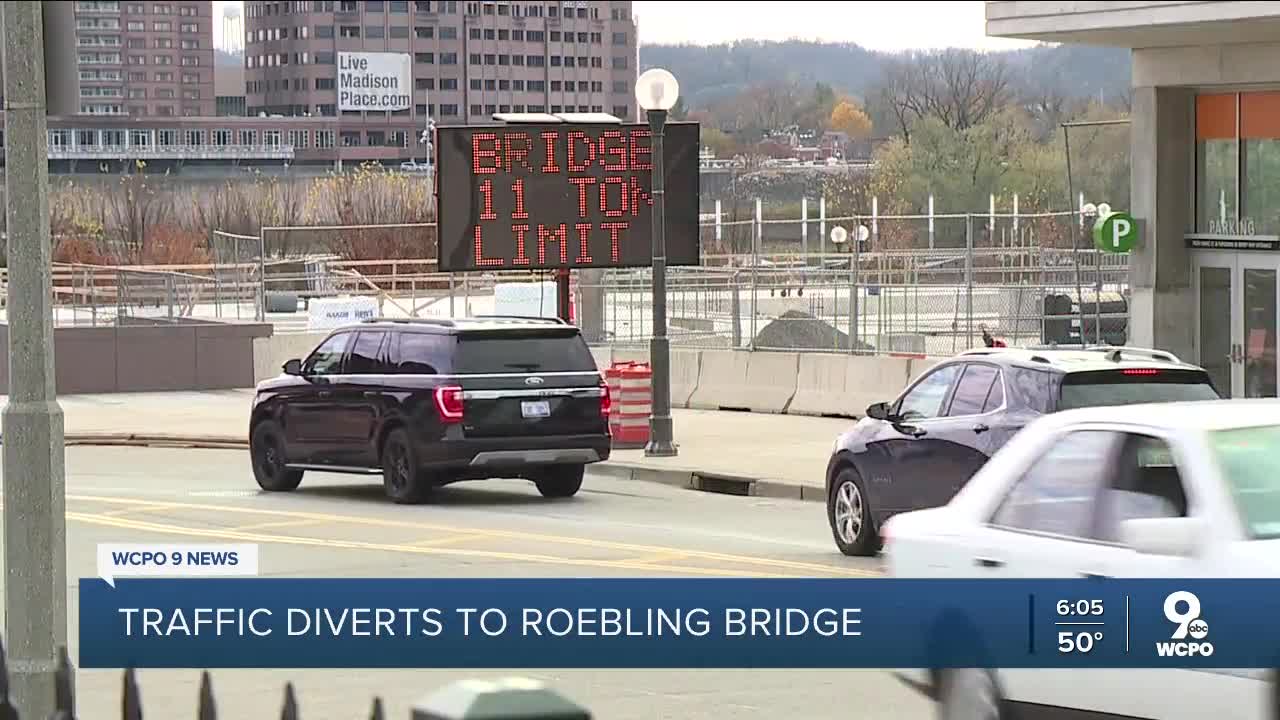 UPDATE 10:32 p.m. -- Effective immediately, the John A. Roebling Suspension Bridge has been closed after "numerous and continued violations of the bridge's weight limit" by semi drivers diverted from the Brent Spence Bridge.

Covington Police announced late Wednesday that the bridge would be closed until further notice "due to the inordinate amount of tractor trailer operators who are refusing to follow the weight limit on the suspension bridge."

The weight limit on the bridge is 11 tons, and the weight of even an empty semi or a tractor alone far exceeds this limit, according to police.

"At this time there is no known damage to the suspension bridge. It is being closed as a precaution to not only ensure the safety of the bridge but also those who are attempting to use it," read a statement from Covington Police Lt. Col. Brian Valenti.

The Cincinnati Police Department issued a warning Wednesday about the risks involved in driving a heavy vehicle -- such as a large delivery truck or semitrailer -- across the historic John A. Roebling Suspension Bridge while the Brent Spence Bridge is closed for an unknown amount of time.

The suspension bridge, opened in 1866, has an 11-ton weight limit in place. A semi-truck towing an empty trailer could weigh as much as 35,000 pounds, far exceeding the historic bridge's capacity.

CPD tweeted the warning Wednesday afternoon after the Brent Spence Bridge was closed due to a major crash early that morning. The closure resulted in traffic diversions through downtown Cincinnati as well as Covington and Newport in Northern Kentucky.

If you are operating a tractor trailer or any heavy truck looking for a way to get around the I-75 closure of the Brent Spence Bridge, the Roebling Bridge is NOT an alternate route!!!

The Roebling Suspension Bridge was opened in 1867. It's historic, so let's keep it that way! pic.twitter.com/rL4MGsSX36

The Roebling Bridge has required some additional TLC in recent years. Most recently, the Kentucky Transportation Cabinet closed the bridge while it worked to repair portions of the north tower that were shedding concrete. A major repair project has been planned for 2021, but details on that project are still forthcoming.