Popo in 9: LeBron showed why he's king in powering Cavs to NBA Finals 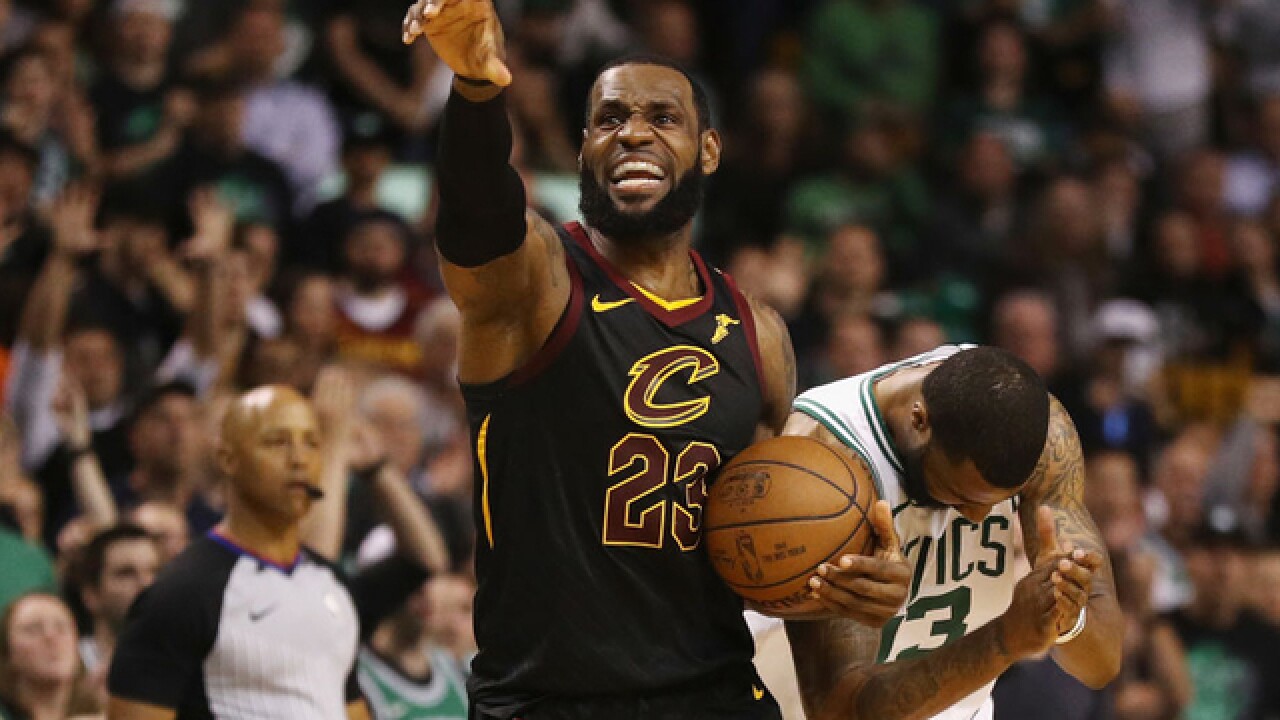 Copyright 2018 Scripps Media, Inc. All rights reserved. This material may not be published, broadcast, rewritten, or redistributed.
Maddie Meyer
<p>LeBron James #23 of the Cleveland Cavaliers reacts in the second half against the Boston Celtics during Game Seven of the 2018 NBA Eastern Conference Finals at TD Garden on May 27, 2018 in Boston, Massachusetts. (Photo by Maddie Meyer/Getty Images)</p>

CINCINNATI -- Good morning! It's Memorial Day, which my dad used to refer to as Decoration Day. That's what they called it when he was a kid. That name goes back to the days when families and friends would decorate the graves of soldiers. The name was officially changed to Memorial Day in 1967.

Regardless of the name, the intent has been to honor those who have given their lives while serving in the armed forces.

Here is some sports news worth knowing before you head to that service, parade or cookout.

1. The Cleveland Cavaliers are back in the NBA Finals , and I'm not sure how they did it considering how bad they looked at times over the last month. The Cavs defeated Boston 87-79 on Sunday night to win the Eastern Conference finals four games to three.

2. Oh! I know how Cleveland did it: LeBron James is Superman. He had 35 points, 15 rebounds and nine assists Sunday night, and he got some help for a change. Gerald Green, who was playing because Kevin Love was out with a concussion, stepped up with 19 points.

3. Boston finally felt the pressure. Throughout the playoffs it seemed that the young Celtics weren't affected by the big stage. They were last night, other than Jayson Tatum, who played great. The rest of the team couldn't find the basket.

5. We’ll have another Game 7 at 9 p.m. Monday when the Golden State Warriors play at Houston. The winner will host Cleveland in Game 1 of the NBA Finals on Thursday night.

6. Colorado beat the Reds on Sunday 8-2 as Matt Harvey got roughed up by the Rockies. The Reds will now head to Arizona, where Homer Bailey will pitch against Matt Koch.

7. Scooter Gennett started Sunday with two more hits, giving him seven straight hits. His eight hits in three games against the Rockies raised his batting average to .340, which is tied for best in the National League.

8. Will Power won the 102nd running of the Indianapolis 500, giving Team Penske its 17th win at the Brickyard. Ed Carpenter came in second. Lots of wrecks took out top drivers such as Helio Castroneves and Tony Kanaan. It was the second-hottest day ever at Indy.