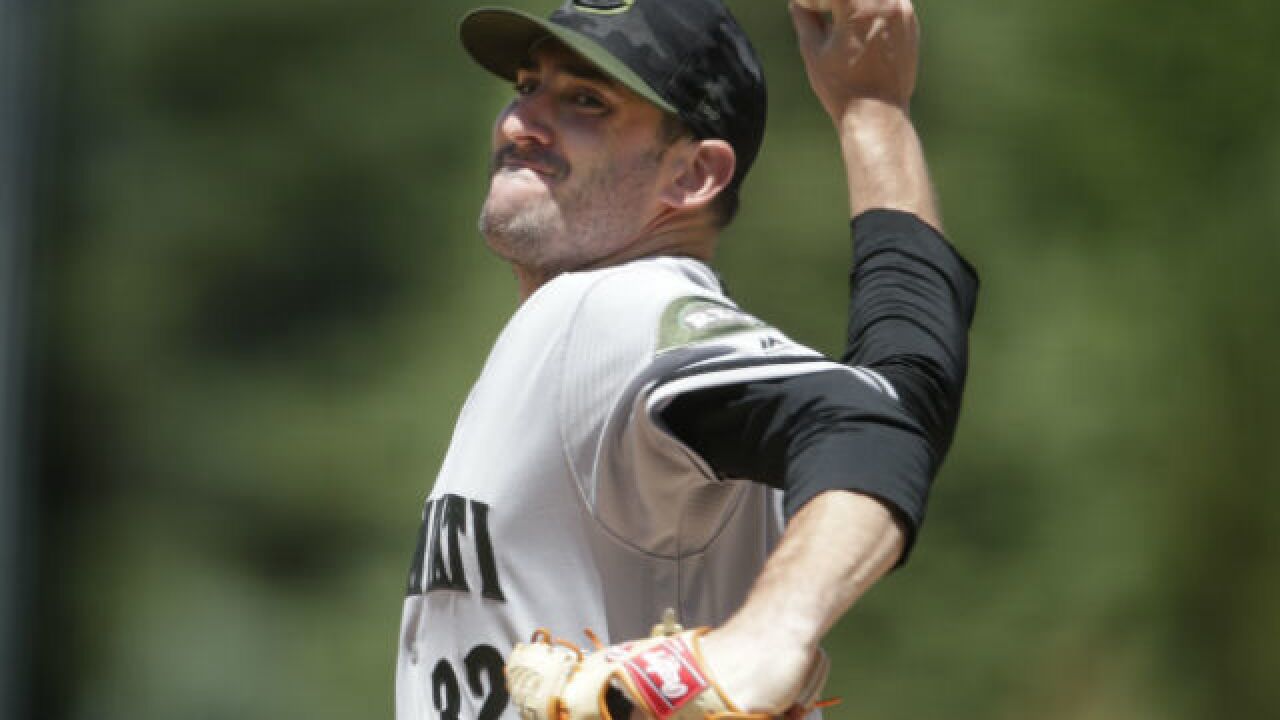 Image copyright 2018 Getty Images. All rights reserved. This material may not be published, broadcast, rewritten, or redistributed.
<p>DENVER, CO - MAY 27: Matt Harvey #32 of the Cincinnati Reds pitches against the Colorado Rockies in the first inning at Coors Field on May 27, 2018 in Denver, Colorado. (Photo by Joe Mahoney/Getty Images)</p>

DENVER - Matt Harvey and the Reds bullpen could have used some Scooter Gennett good-luck charms Sunday.

Harvey gave up two homers in the first inning and the bullpen gave up two more in the Reds’ 8-2 loss to the Rockies Sunday.

Meanwhile, Gennett (.340) followed his 5-for-5 Saturday night with two more straight hits, and his 2-for-4 tied Braves’ Nick Markakis for the National League batting lead.

"There's ups and downs and right now I'm up, and I'm going to try to ride it out as long as possible," Gennett said.

Joey Votto (2-for-4) and Gennett hit back-to-back doubles in the first to give the Reds a 1-0 lead, but it didn't last long.

David Dahl led off with a home run on the first pitch, Nolan Arenado singled and Carlos Gonzalez blasted a third-deck homer off Harvey to make it 3-1 Rockies. The rout was on.

"I think everybody's seen (Gonzalez) enough, I've seen him enough, and that low-and-in spot is right where his sweet swing is," Harvey said. "I put it right there."

Harvey (1-3) blanked the Rockies for the next four innings but took his first loss as a Red since he was acquired from the Mets on May 8. He allowed four runs and nine hits in 5 1/3  innings.

Reds: RHP Homer Bailey (1-6, 6.21 ERA) starts Monday in the opener of a three-game series at Arizona. Bailey has pitched better on the road amid his struggles this season, touting a 4.64 ERA in four starts. RHP Matt Koch (2-3) will oppose him for the Diamondbacks.

Rockies: RHP Chad Bettis (4-1, 3.30) will open a three-game series against the San Francisco Giants, opposing LHP Andrew Suarez (1-4). Bettis departed after five innings in his last start against the Dodgers with a sore right middle finger.