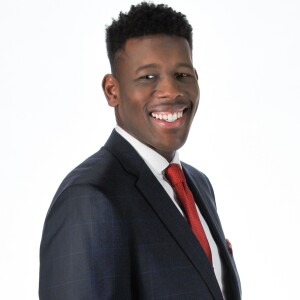 WYOMING, Ohio — For Wyoming junior guard Isaiah Walker, it’s all about the spin.

"You're not supposed to change your free throw routine, so I've never changed it and I do the same amount of spins,” Walker said. “I do 10 spins every time. Takes about 6 to 7 seconds, literally, every time. But you know when you play people they think it takes 15 seconds."

"I'm getting on refs because you see them thinking about getting close and I'm like, don't even, don't even call it."

At the line, spinning the ball stops Walker’s head from spinning.

"I think it just gives me a second to calm down,” Walker said. “I stay locked in on the hoop and I always take like three or four deep breaths and just envision myself making the free throw."

Coach Rooks says when a player is as good at the line as Walker is, he just lets him work.

"When you're a really good free throw shooter, I don't think you mess with your routine at all."

Walker is growing toward the pinnacle of his rotation on the court.

"I mean, I live right up the street and he's at my house at five in the morning getting my keys. He'll bring 'em back, he shoots, he's in the gym at night,” Rooks said.

Walker led the Cincinnati Hills League in scoring with 24.7 points per game and averaged close to a double-double this past season. He’s sparked the attention of several Division I college basketball programs.

"It's a testament to the work I put in during the offseason, so I have no worries about how I was going to perform this year,” Walker said. “I knew what I did in the summer, because I really wanted to be great."

At the Wyoming High School basketball gym, a father looks on at a newer spin on himself.

"It's hard for me to see it, but my parents, for example, will say we walk the same, or we run the same or I think we have a similar build,” Isaiah’s Dad Tyrice Walker said. “You can't tell now, but back in the day I was actually pretty thin when I played."

Tyrice Walker was a decorated athlete. He played three seasons at Hamilton High School before playing four years at Xavier.

"I was very athletic and I used my athleticism when I played,” Walker said. “I played above the rim, so I could get away with certain things. Now, you do that and all of a sudden you get to college and you realize that it's some guys that can jump just as high as you can and they're a lot stronger, so I had to do some things to improve that."

Walker spun his success to an 8-year professional career in Poland where he was a seven-time All-Star and two-time eagle MVP. He led his Polish team to two championships and was inducted into the Butler County Hall of Fame in 2009. Then life came full circle.

"He's much more skilled than I was when I played,” Tyrice Walker said. “The way he can finish with his left, the way he shoots threes, he does a lot of those different things that I probably didn't do until maybe a later age."

A lot of high praise from the high flyer, but still some competition between the two ballers.

"We always talk about how many dunks he had his senior year and I always tell him, I’m going to beat that, and then he always tries to downplay my dunks,” Isaiah Walker said.

"I had 90 dunks my senior year,” Tyrice Walker said. “So he's not gonna get that. It's not gonna be close."

The competition stops when it comes to the prospects of playing one-on-one.

"At this point, if I tried to play him now, it probably would be ugly on my part,” Tyrice Walker said.

Nevertheless, a lot of respect.

"He's been where I am right now, so whenever I need anything I can go to him,” Isaiah Walker said. “He'll give me insight after the games. He always tells me what I did right, what I did wrong."

Tyrice Walker takes joy in his son’s success, and thinks his ceiling is unlimited as long as he’s not spinning his wheels.

Isaiah’s wish is that the spin-off is better than the original.

"It's great having someone like him as my Dad, but I'm trying to do this for me, and make a name for myself,” Isaiah Walker said.