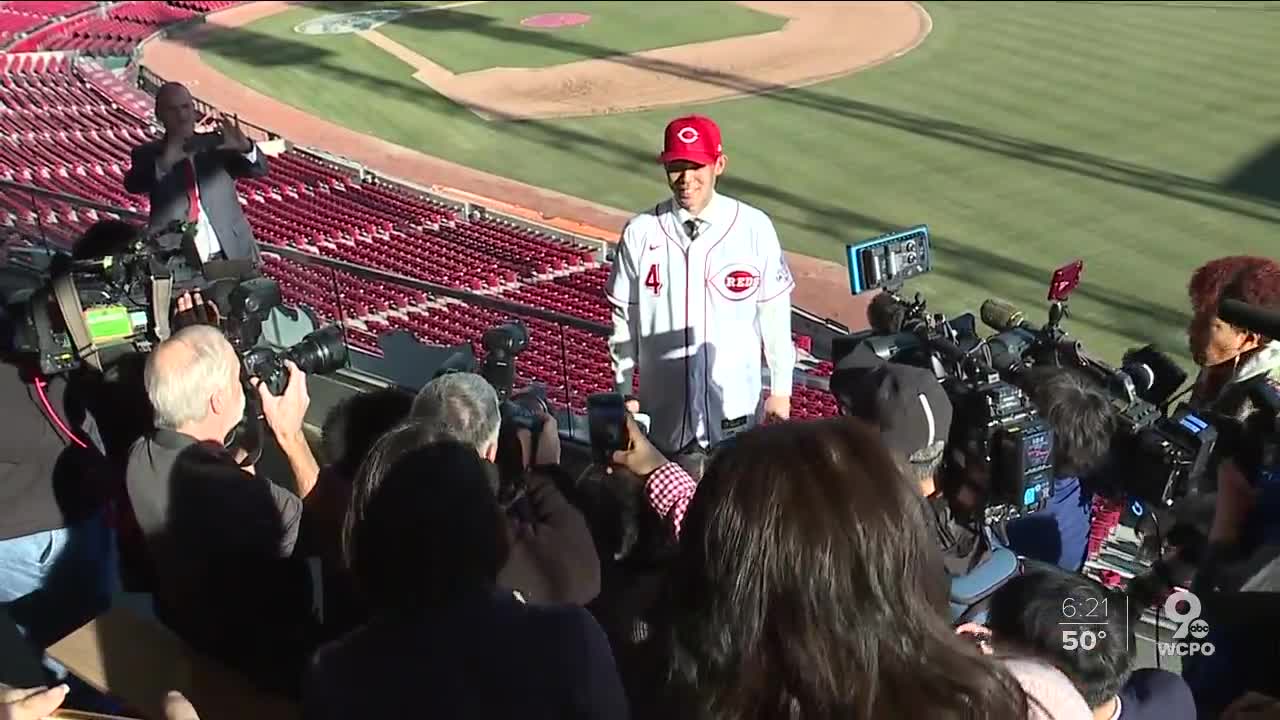 Earlier this year, Reds outfielder Shogo Akiyama and FC Cincinnati striker Yuya Kubo joined a population of roughly 2,000 Japanese natives living and working in the Tri-State. Waiting to help with their transition, if needed, is the Japan America Society of Greater Cincinnati.

CINCINNATI — Should the seasons of Major League Baseball and Major League Soccer be salvaged this year, Cincinnati sports fans will see the Reds and FC Cincinnati attract sizable attention from Japan.

Earlier this year, Reds outfielder Shogo Akiyama and FC Cincinnati striker Yuya Kubo joined a population of roughly 2,000 Japanese natives living and working in the Tri-State. Both men are the first Japanese players for their respective clubs.

Waiting to help with their transition, if needed, is the Japan America Society of Greater Cincinnati.

“We are a hub of all things Japan in Cincinnati,” said Anne Golden, executive director of the JASGC.

According to Golden, the JASGC played an important role in attracting Akiyama to Cincinnati.

Dick Williams, Reds president of baseball operations, wanted Akiyama to talk to someone local who could describe the Japanese experience in the Cincinnati area.

“We did connect him by phone with people from Cincinnati -- Japanese natives that lived here -- to talk about the experience, and that was part of the recruiting process,” Williams said.

Golden recommended JASGC member Kazuo Konuma for the job. Konuma has lived in the United States for nearly 30 years and was a fan of Akiyama.

“My heart was beating like crazy, but I feel it’s the player, it's the family, to decide what they want to do,” Konuma said.

When Akiyama and his family arrived for a visit, Williams asked Konuma to show them around.

“It was exciting, but I kept saying to myself, ‘Just tell him the facts,’ not to the point where I exaggerated things,” Konuma said.

Members of the JASGC felt a sense of pride the day Akiyama greeted the world as a Cincinnati Red.

“The Reds were actually the first team that actually made an offer to me, and I was very inspired by their passion for how much they really wanted me,” Akiyama said at his introductory press conference in January.

While helping the Reds land Akiyama was certainly a big moment for the JASGC, the organization’s primary mission is working with the 150 Japanese-owned businesses in Greater Cincinnati.

“For Japanese companies in town and the American companies who do business with them, we play a role in connecting those entities, so we function as the local ‘Japanese Chamber,’” Golden said.

The JASGC is also ready to help FC Cincinnati's Kubo and his family, should they need it.

“We’ve been able to explore a little bit. We went to quite a few restaurants around the city as well, so we’ve gone to explore around,” Tatsumi said.

Kubo said that his transition to FC has been smooth.

“I think it’s been good so far, especially on the field. I was able to get my first goal out of the way, and I’m able to interact with the players very well,” Kubo said.

While the size of the ball and pitch are the same, of course, Kubo is still acclimating to the size of his new home.

A well-known Japanese figure in his own right, Kubo acknowledges Akiyama and the Reds will be the primary focus of the Japanese reporters who arrive in Cincinnati. But he hopes the attention will carry over to his own team.

“I think baseball being the more famous sport in Japan, there’s going to be a lot of attention to the Reds, but hopefully since we’re both here together, it will be convenient for them to come to us as well,” Kubo said.