Will this be the year the Reds make a serious push for the postseason? It looks that way. 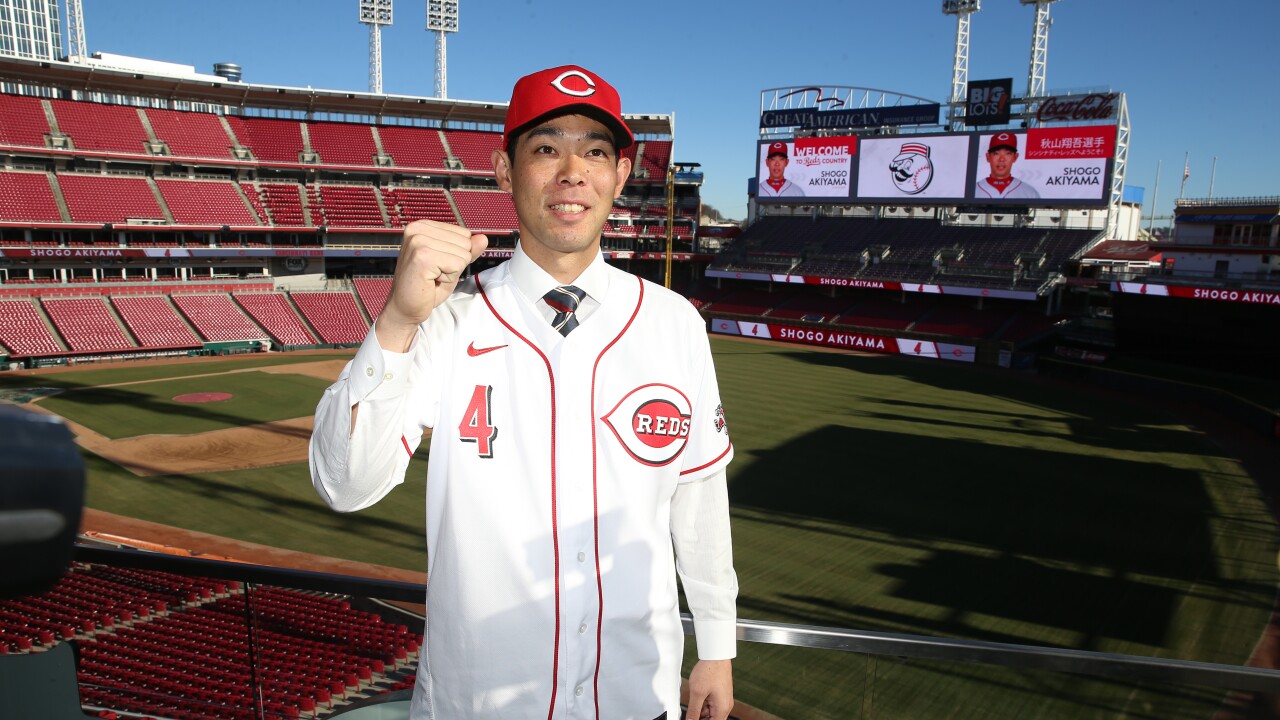 CINCINNATI — Prior to last season, Cincinnati Reds General Manager Nick Krall declared the club’s rebuilding process to be over.

There was plenty more building and some dismantling of the roster last season. But now, with a little more than a month before pitchers and catchers report to Goodyear, Arizona, the Reds appear to have moved into the winning phase.

Will this be the year the Reds end their streak of six straight losing seasons and make a push for the postseason? It looks that way.

The pitching rotation, which already was good, added veteran left-hander Wade Miley to the mix when he agreed to a two-year, $15 million contract in December.

Also last month, the Reds agreed to a four-year, $64 million contract with Mike Moustakas, the largest free-agent deal ever levied by the Reds.

The Reds insist they aren’t finished improving the club. So what do the moves they have made so far mean for their chances of making the playoffs?

Let’s start with the pitching.

Miley will join Trevor Bauer, Luis Castillo, Sonny Gray and Anthony DeSclafani to form one of the National League’s best staffs, which last season led the NL with 1,552 strikeouts. The starters ranked fifth in the NL with a 4.12 ERA.

Miley will be the lone left-hander in the rotation. His ground-ball rate is close to 50%, he’ll be reunited with pitching coach Derek Johnson and, for his career, Miley is 4-1 with a 2.66 ERA in Great American Ball Park, where he allowed only two home runs in 44 innings.

Moustakas adds some punch to a lineup that ranked 12th in the NL with a .244 batting average but did manage to set a new franchise record with 227 home runs. Moustakas, who will take over as the starting second baseman, is one of only six major-league players to have at least 87 doubles, 101 home runs and 267 RBIs over the past three seasons.

The addition of “Moose” will help provide some cover for Eugenio Suarez, who last season tied Ted Kluszewski for second place on the Reds’ single-season home run list with 49. Moustakas’ batting average and on-base percentage splits are about even vs. left-handers and right-handers, although he has hit nearly 100 more homers against righties.

If Akiyama can adapt to the major leagues quickly, he could be the Reds’ everyday leadoff batter, giving them a high on-base guy who batted .301 with a .376 on-base percentage during his nine-year career in Japan. His speed and athleticism fit well in center field or in right. He could provide protection for center fielder Nick Senzel, who batted .256 in 104 games before a shoulder injury ended his rookie season in early September, or for right fielder Aristides Aquino, who took the baseball world by storm with 14 homers in a record 28 games before cooling off.

“On the backs of that pitching staff, we really feel like we can compete,” said Reds president of baseball operations Dick Williams. “The offense didn’t really carry its weight (last season), but the pieces are there. We feel really good about our chances.”

For the playoffs to happen, the Reds need some things to change.

First, they need Joey Votto to go back to being Joey Votto. The former MVP first baseman hit just .261 last season with a .357 on-base percentage, his lowest marks in both categories since the 2014 season, when he missed 99 games with a left knee strain. Votto was frustrated after he hit .284 in 2018, but he called 2019 his worst season.

Shortstop is a position that the Reds could still be looking to improve. With the departure of free agent Jose Iglesias, the Reds picked up a $5.5 million option on Freddy Galvis, who batted .234 after being picked up on waivers from Toronto.

After batting .267 in 115 games with the Blue Jays, Galvis’ average plummeted before his season ended in mid-September with a left knee sprain. Still, Galvis established career highs with 23 homers and 70 RBIs combined between the two clubs. The Reds reportedly have been pursuing other options throughout the winter, putting in question their confidence level in Galvis as their everyday shortstop.

The move for Akimaya makes a rather significant statement about the club’s ambition, which was apparent last year when the club engineered significant deals for Yasiel Puig, Matt Kemp, Alex Wood, Tanner Roark, Gray and Bauer. While only Gray and Bauer remain, the Reds were successful in moving some money off the books with the departures of Homer Bailey and Scooter Gennett, to name a few.

The 2019 Reds managed to avoid 90 losses and last place for the first time since 2014, but they were never serious playoff contenders. The Reds seem intent on changing that this season. After beginning last year with a reported franchise-record $129 million payroll, the Reds promised to increase that number.

There also were improvements made off the diamond.

The Reds hired Alan Zinter as hitting coach to replace Turner Ward, who in his one season in that role saw the Reds rank 12th in the NL in on-base percentage and establish a franchise record for strikeouts. The team also promoted Donnie Ecker to assistant hitting coach and director of hitting.

Shortly after last season ended, the Reds brought in high-profile pitching consultant Kyle Boddy to serve as director of pitching initiatives and pitching coordinator and promoted Caleb Cotham to director of pitching. The Reds also added to their staff of analysts, as the club continued its embrace of advanced training methods and analytics.

It is possible that additional improvements will be made to the Reds’ roster before they load the truck for Arizona. But in an NL Central division with no clear-cut favorites, the Reds have their best chance to reach the playoffs for the first time since 2013.