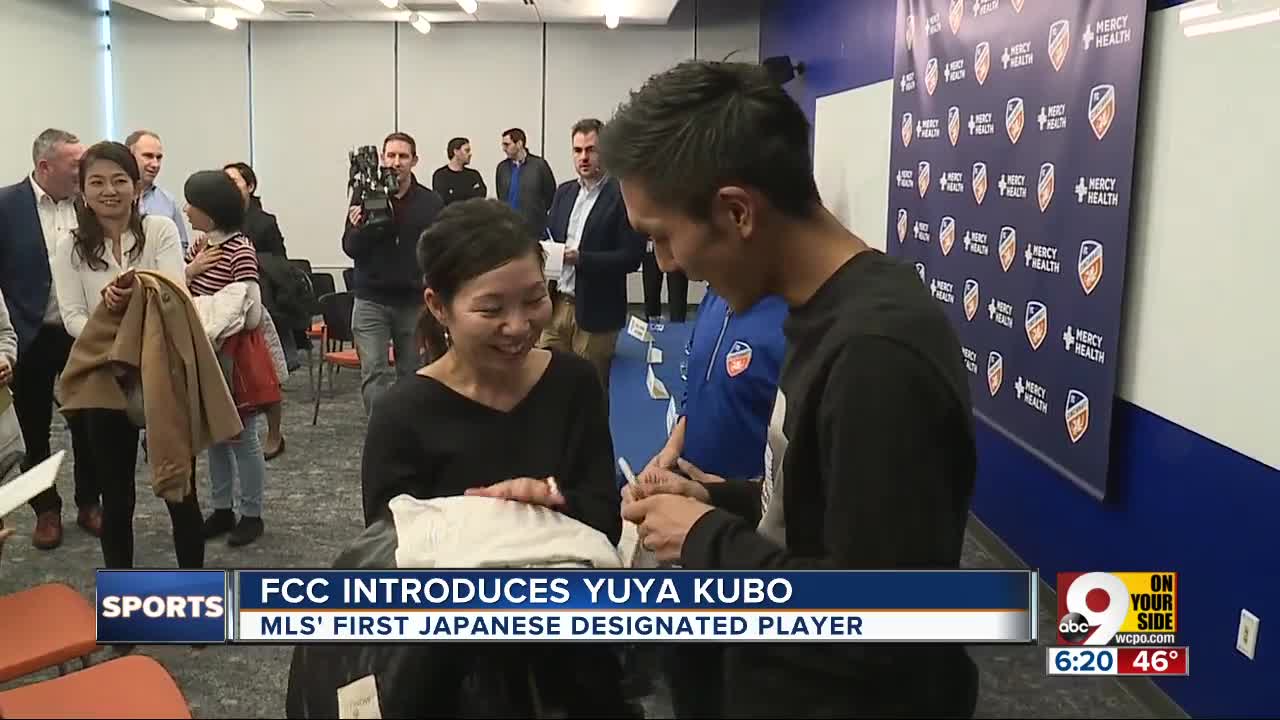 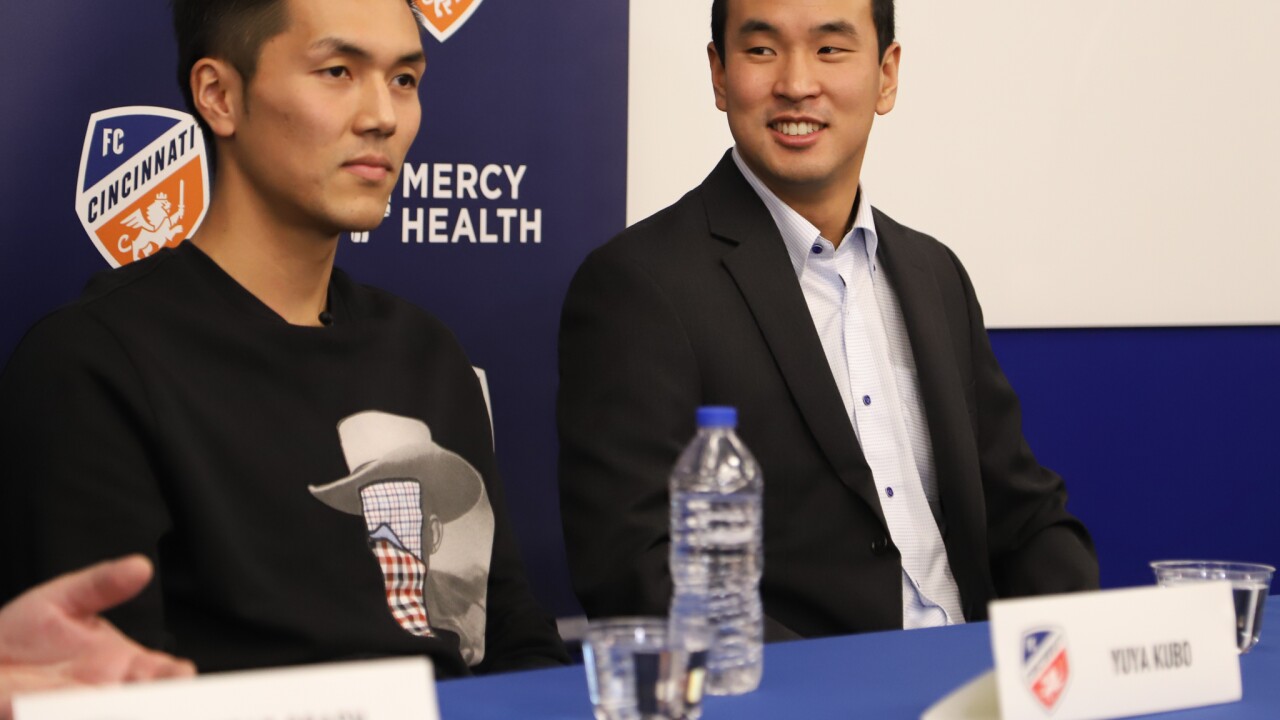 CINCINNATI — FC Cincinnati coach Ron Jans said he doesn’t want to put all the pressure on new attacker Yuya Kubo to make the club successful this season, but he will play an important role.

Kubo, a 26-year-old forward with 10 years of professional experience, became Major League Soccer’s first Japanese designated player when he signed via transfer from Belgian club KAA Gent last week; however, he comes to Cincinnati a little under the radar for such a high-profile title.

He made just 12 appearances for Gent this season, and FC Cincinnati is betting on his past production to show up on the pitch again this year. Kubo scored double-digit goals four times with three different clubs in Japan, Switzerland and Belgium.

“We want to get a better club in MLS, and he will help, especially in the attack because he can play a lot of positions,” Jans said. “I read somewhere that he's a center forward. He can play there, but for us, he's more of an attacking midfielder or a winger who is playing more inside. He can play more positions, and I think he will deliver assists and goals and also get together with being a team player.

“Last half year maybe were not the happiest of months for Yuya in Gent, and he didn't get a lot of attention from everybody, but we will take care of him. We will love him and help him to show what he can because he is really good.”

Kubo said he doesn’t think about being the first Japanese designated player but just wants “to help the team.”

In six starts over 12 games this season with Gent, Kubo scored three goals and added two assists. He had popped up on the scouting department’s radar as someone who would fit the profile of the kind of attacking players FC Cincinnati is looking for, and Jans and general manager Gerard Nijkamp drove from their native Holland down to Belgium at the end of November to meet with Kubo for the first time.

They talked money specifics with his agent first, then got to know Kubo personally through those who knew him at his old club. Jans said they left feeling good about the possibility of bringing him to Cincinnati.

“You can hear what people say, but you can look them in the eyes, and what I saw in the eyes was very good,” Jans said. “The eyes would lighten up a little bit about America, the new challenge about being more important for the team, getting attention, the way we play and the way we want to use him. ... We didn't know yet what the player would do, but felt very good about it.”

Jans said Kubo is creative in the attack, has nice foot skills and does things “quicker than a lot of players.” He believes Kubo fits well into “the total plan” and joked that the long drive from northern Holland to central Belgium showed his interest was high from the beginning.

Discussions continued in December, and on Jan. 7, Kubo arrived in town for the first time with the intention of signing. He had never visited the city but was impressed enough from the club’s pitch to move forward with the transfer. So far, he likes Cincinnati, particularly the food here, he said.

“I'm very happy to be here, and I'm excited to join this club. I can't wait to start playing,” Kubo said Monday. “The reason why I moved here to FC Cincinnati is there are a lot of good fans in the stadium every day, and I really like to play here, and also I want a new challenge with this club that is long.”

Kubo’s arrival ironically coincided with the Cincinnati Reds’ signing of Japanese outfielder Shogo Akiyama, who was introduced earlier last week. Kubo said he hadn’t yet met him but knew who he was and was looking forward to connecting in the near future.

Both players already have a large contingent of fans in town through the Japanese-American community, and about two dozen of them were present for Kubo’s introductory press conference Monday through the Japan America Society of Greater Cincinnati, which serves as a de facto Japanese chamber of commerce and welcoming committee for Japanese visitors and new residents.

“It's a big deal,” society executive director Anne Golden said of Kubo’s signing. “It's safe to say, local Japanese and Americans too -- those of us who are Japanophiles or connected with Japan, we are thrilled. To have him sign the same week as Shogo Akiyama, that seven-day period was phenomenal. There's so much excitement. We've already been approached by Japanese tour companies that want to do sports-related tours to Cincinnati that would involve chances to see each of them play, and I think it's safe to say, this will put Cincinnati on the map for a lot of folks.”

General manager Gerard Nijkamp still hopes there is more excitement to come. FC Cincinnati has one more designated player spot open, and the departure of Leo Bertone on a transfer to FC Thun on Monday makes room on the roster for another big signing.

“With a second DP and an impact player like Yuya Kubo, we come closer to the picture we have of the roster for 2020 to compete in this competition,” Nijkamp said.