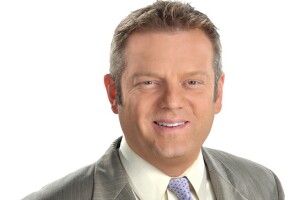 Since Jay started at WCPO in June 2004, he has enjoyed serving and getting to know the people of the Tri-state.

Jay has reported on several big stories in our area, including the search for George and Jennifer Hyatt of Tennessee in Erlanger and their subsequent arrest in Columbus.

ADVERTISINGHe was also in Burlington the night David Hopper the accused "Blue Eyed Rapist" was caught.

A native of Minnesota, Jay grew up in the Seattle area. Watching the Iran hostage crisis on television was the catalyst for his interest in national and foreign affairs.

Before coming to Cincinnati, Jay worked as a reporter in Idaho Falls, ID, Fort Wayne, IN, and most recently down the road in Louisville, KY.

Jay has been honored by the Kentucky Associated Press for his work and has also received an Emmy nomination for general news.

He was recently honored by the Montford Point Marine Association for a two part series on the first African Americans allowed into the Marine Corps during the 1940's.

Away from work, Jay plays beach volleyball, is a Junior Olympic volleyball coach and a member of the United States Chess Federation.