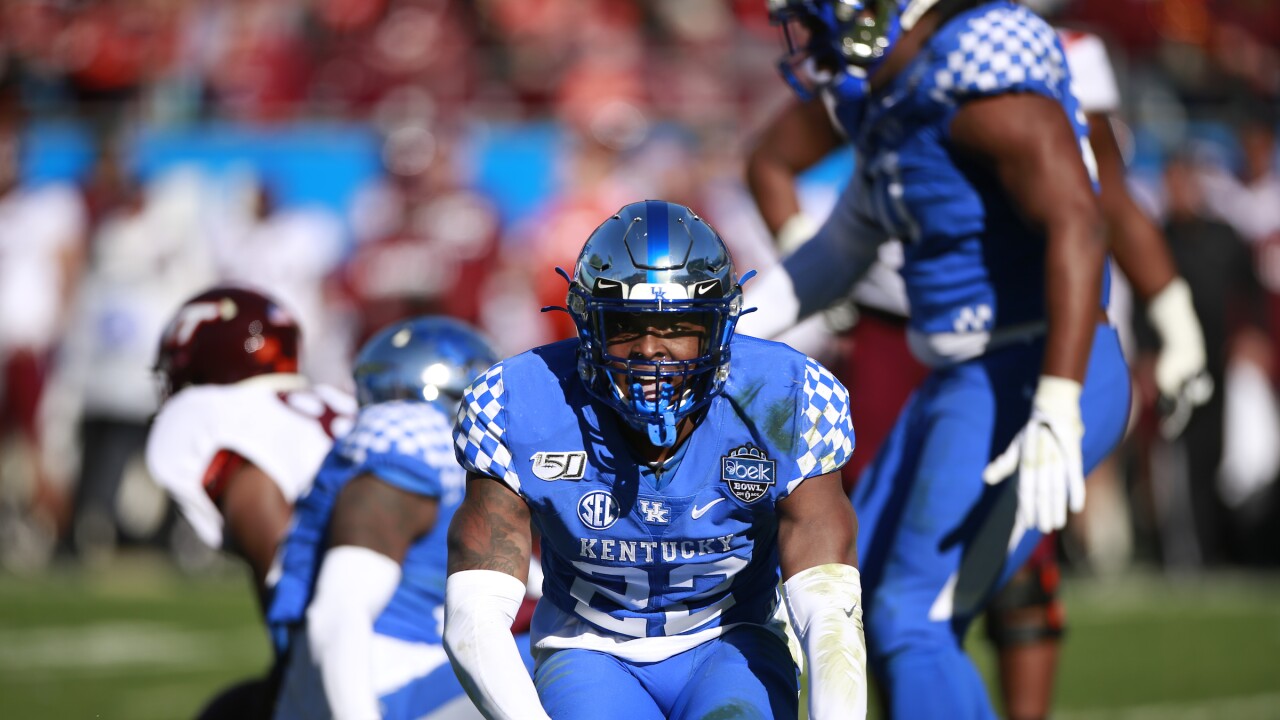 CINCINNATI — University of Kentucky junior inside linebacker Chris Oats has been moved to a rehabilitation facility as the former Winton Woods High School standout continues to recover from an undisclosed medical issue.

A University of Kentucky spokesman told WCPO additional information is not available.

UK head football coach Mark Stoops tweeted May 23 that Oats was hospitalized with a medical issue unrelated to COVID-19.

Stoops asked the Big Blue Nation for prayers and support for Oats and his family.

He had five tackles including two for loss (a career high) in the win over Virginia Tech in the Belk Bowl.

Oats had 27 tackles, three tackles for loss, two sacks, a forced fumble and two fumble recoveries in 13 games for the Wildcats as a freshman in 2018.

Oats, a three-year starter for the Warriors, was a four-star recruit in high school by all the major recruiting services. He helped lead Winton Woods to a 13-2 record and an appearance in the 2017 Division II state final as a senior.

“The best player in the state of Ohio,” Winton Woods coach Andre Parker said in 2017. “…The most gifted player I have seen.”