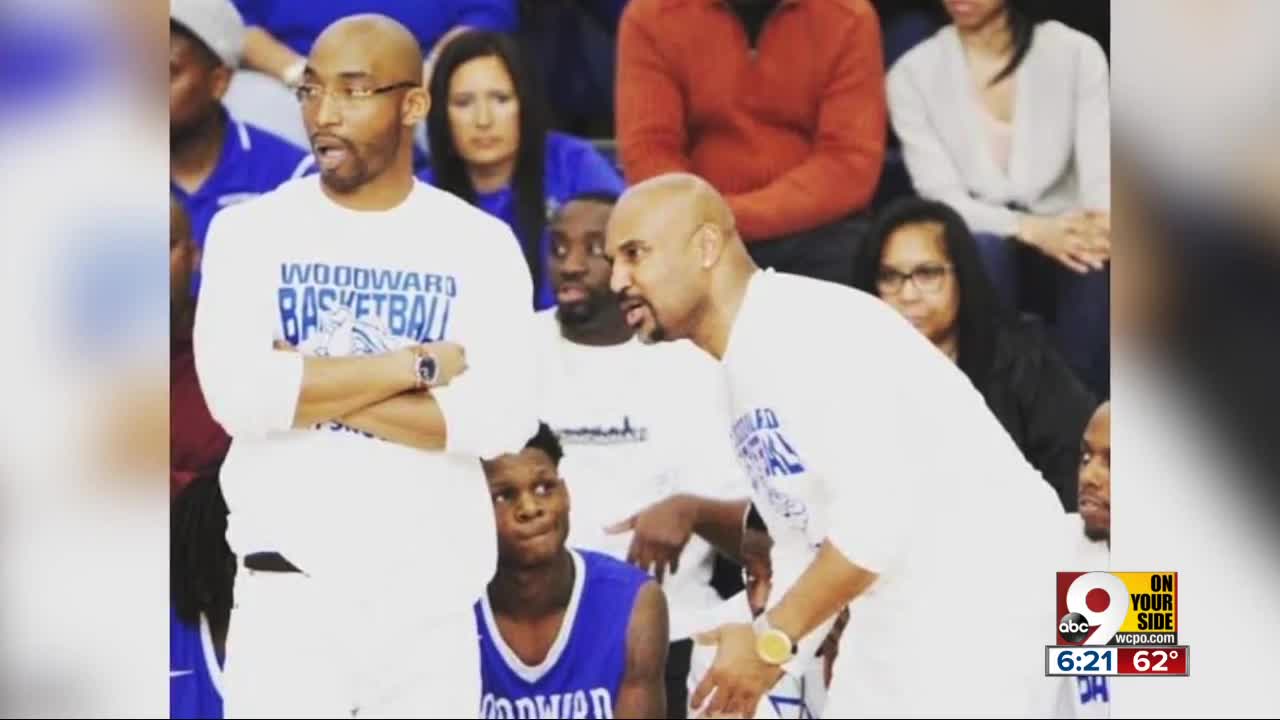 Dennis Bettis was known as a longtime Woodward assistant basketball coach and Deveroes Summer League director, but his impact on the community extended far beyond the basketball court.

Bettis, one of the most beloved basketball ambassadors Greater Cincinnati has ever known, was a former longtime Woodward High School assistant basketball coach and Deveroes Summer League director. His coaching style was direct and no nonsense.

He also was a big-hearted man who was a father figure to many and a hero to his sons.

"His love of the game and of Woodward and these young men -- you don't find coaches like that anymore," said Lakota West boys basketball coach Jim Leon, a former Woodward head coach. "I know the community is not going to forget Dennis."

Dennis Bettis died Oct. 20 at the age of 62. The Walnut Hills resident had been battling a blood disorder, according to his family. He most recently served as a dean of students at Cincinnati College Preparatory Academy.

Woodward High School will host a memorial from noon to 4 p.m. Sunday in the school gymnasium.

“It’s going to be sad but not for too long, because there are not too many sad Dennis Bettis stories,” said Dominique Bettis, his youngest son. “The camaraderie and everyone being there and the stories that will be told and people will break bread – everyone will have something to eat – I think that will be his biggest legacy. Everyone will be there talking about him.”

On Tuesday afternoon, Dominique and his elder brother DJ Bettis, along with their father’s friends and former coaching colleagues, gathered at the Friars Club to share stories, photos, laughs and tears.

Lakota West assistant coach Darrell Calloway was part of a Woodward backcourt with Bettis in the early 1970s. The two used to shoot hoops in the wee hours of the morning for years on an outdoor court near Xavier University.

Calloway said Bettis loved the game but knew its impact could extend beyond a gymnasium or playground.

“He’s a big believer in young men, and he always believed in giving kids a second chance,” Calloway said. “You just don’t throw kids out. He felt basketball was a way a lot of kids could get to the next level.”

Bettis didn’t crave the spotlight or take credit for his efforts at Woodward. But he would’ve liked the attention this week has brought in order to bring his friends and family together, Dominique Bettis said.

“He was just a special guy,” said Woodward athletic director Jabreel Moton. “I don’t know how to really explain it. I know I wouldn’t be where I am currently at if not for him because he always pushed for the guys he believed in. There weren’t really a lot of guys he didn’t believe in, so he really pushed for everybody.”

Bettis, a 1975 Woodward graduate, was a guard at Northern Kentucky University from 1975-79. He was an assistant coach on Woodward’s famed 1988 Division I state championship team (26-2 record) - the only Cincinnati Public Schools boys basketball team to win a Division I title.

“That ’88 team was very special,” former Woodward shooting guard Chip Jones said. “It’s indescribable. What made it so special was we were all family.”

Although the name changed to City Gear – The League in 2013, the league was most commonly known as the Deveroes Summer League for many years. Several NBA players participated, including Ron Harper, Kenyon Martin, Lance Stephenson, Nick Van Exel, James Posey, Corie Blount and Tyrone Hill.

University of Louisville men’s basketball coach Chris Mack, a former Xavier coach and player, participated in the summer league in the 1990s.

“Dennis was a city of Cincinnati basketball guy,” Mack told WCPO. “He loved the game, loved the local players and wanted to see all walks of life in his gym. He was the force behind the Deveroes Summer League. Years ago, every guy who could play wanted to be in Deveroes. That summer league made us all better because of the superior competition. There was nothing like it at the time. That was all because of Dennis. One of the kindest, deep-hearted guys I’ve ever met in the game of basketball.”

“If it wasn’t for coach Bettis I don’t think I would be the coach at Woodward today,” Redden said. “He was one of my biggest supporters and he motivated me to take the job because he felt like I would be great at it.”

Everyone at the Friars Club on Tuesday said the challenge going forward will be to not only remember Bettis and his contributions to the basketball community but most importantly to share his ideals about life.

"Just an upfront guy," said former Woodward coach Lannis Timmons. "Hard worker. Very respectful. Whatever he could do to help people, that's what he would do."

“Whether you are a CEO or a janitor, you get treated with respect and dignity because you are somebody,” said Dominique Bettis, describing his father’s perspective.

“A job title or this or that – how much you earn – none of that stuff matters. The fact that you are here on this Earth -- you are somebody and you deserve respect, and I am going to give it to you. I think that’s his legacy through and through. Basketball was just his driving vehicle to push that.”

Remembering Dennis Bettis
In lieu of flowers, the family requests cards or any other tokens of love to be sent to Jeff Ervin, Woodward Career Technical High School, 7005 Reading Road, Cincinnati, 45237. Any photos or articles may be sent to DennisBettisMemorial@gmail.com.