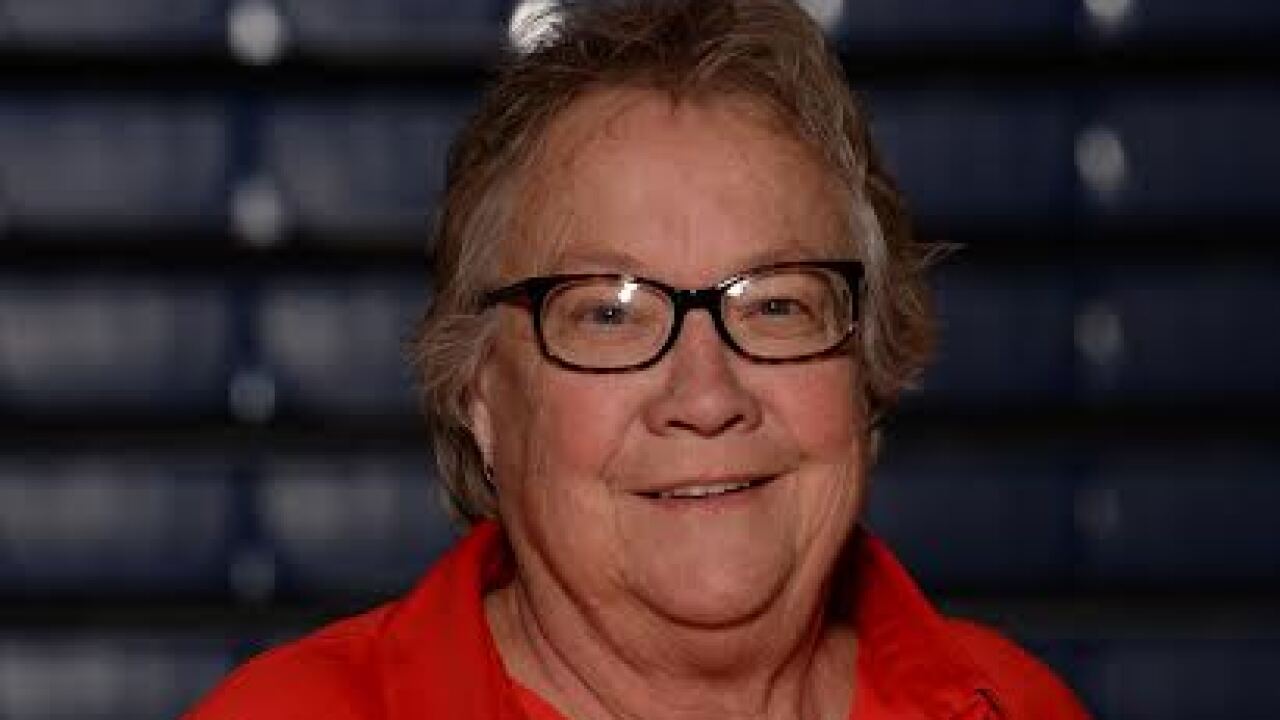 Talawanda improved to 2-8 this season. The Brave earned its first win Jan. 4 in a 57-36 win over visiting Northwest.

The Talawanda players discussed the opportunity for Huismann's milestone win all week in practice.

"We could not lose this game," Talawanda senior guard Kyra Koontz said. "Everybody knew that."

Freshman forward Kylee Fears had a game-high 14 points to go along with 12 rebounds to lead the Brave on Saturday afternoon.

Talawanda continues to build confidence as a program after it was 2-21 last season.

"We have been building," Huismann said. "If you would've seen us last year and see us now it's like 3,000 times better than it was. It's a lot different than it was."

"I have had a few good games," Huismann said. "This is right there, too."

Talwanda Athletic Director Wes Cole said Saturday was a remarkable day for the girls basketball program and the supporters in the gymnasium. The school had a banner and plans to give her the game basketball signed by the team.

Huismann greeted an entire section of Mother of Mercy fans after the game.

"It was very special," Cole said. "I knew we would have a good crowd just because it was Ross-Talawanda. Usually that's a good crowd in of itself. Then when you add in a chance for us to go to 700, that really upped the stakes. It was really exciting to see our student section, and Mercy had a really good following as well, which was exciting and cool to see both of those groups cheering for coach to get 700."

Zink has a 793-258 career record, according to Beavercreek Athletic Director Brad Pompos. Butcher has 751 career varsity wins, according to the Reynoldsburg athletic department.

Talawanda hired Huismann in May 2018. She vowed to focus her efforts on helping the program and not the career milestone. On Saturday, Huismann continued to say she enjoyed the opportunity to coach at Talawanda.

The Talawanda players were determined for Huismann to earn the milestone win.

"It felt amazing, honestly, to be able to pull out that win for her and for our team to hopefully get us in a winning streak," Koontz said.

Fears said Huismann has helped the players learn about playing with heart and a strong effort every time on the court.

Huismann — inducted into the Greater Cincinnati Basketball Hall of Fame, the Buddy LaRosa High School Sports Hall of Fame and Mother of Mercy Hall of Fame — received the Lifetime Achievement Award from the Women's Sports Foundation among her numerous honors.

"The impact Mary Jo has had over decades is simply immeasurable in Greater Cincinnati and beyond," said Ohio Girls Basketball Report Associate Director Bryce McKey. "It's difficult enough to create success for a few years, let alone sustain it over such a long period of time. A well-deserved milestone for one of the all-time greats in Ohio."

Huismann has won 18 league titles and 15 district titles in her career.

A 1965 Mercy graduate, Huismann was Mercy's athletic director for 39 years before she stepped down from that position in 2011.

In addition to coaching more than 1,000 high school games over the course of her career, Huismann helped establish the Amateur Athletic Union (AAU) girls basketball program in Cincinnati with former Wyoming coach Deb Gentile in the 1980s and 1990s.

In 1996, Huismann was in Sports Illustrated's "Faces in the Crowd" to commemorate her 400th win. She was selected to coach in the second annual McDonald’s All American Girls’ Game in 2003 in Cleveland.

Mercy was state runner-up three times (1980, 1989 and 1990). She has been named a national and state coach of the year along with several league and city honors.

She coached the University of Cincinnati for two seasons starting in 1969 before she became the Capital University head coach in 1971-72. She returned to UC for two additional seasons through 1974.