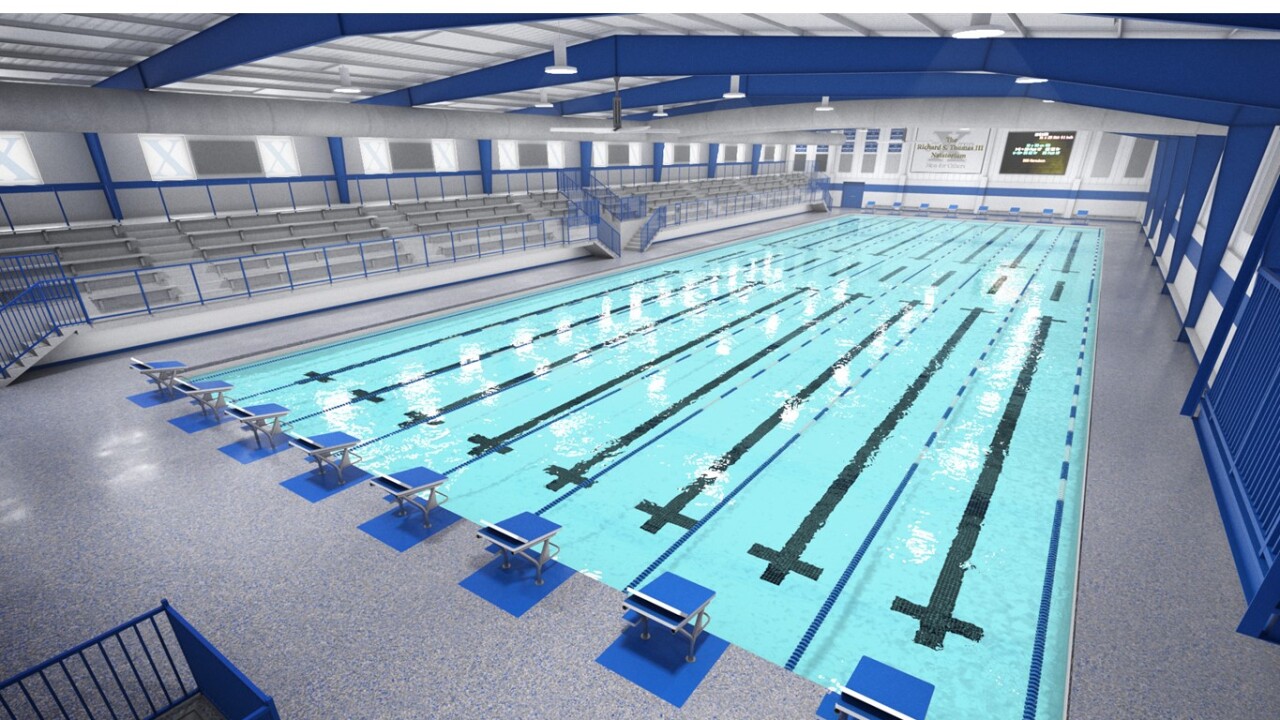 Every square inch will be completely repainted or renovated inside the well-known natatorium, which opened in 1970.

The project, which is being funded by private donations, is scheduled to be completed in August.

The facility hosts an eight-lane, 50-meter pool located on the St. X campus.

The natatorium is scheduled to receive several upgrades including renovated locker rooms, a new deck, replacement of the original filtration and air-handling systems and a new drainage system and pool liner.

"This is going to be the premier natatorium in the area when it's completed," St. X athletic director Brian Reinhart said.

Keating Natatorium is home to the 41-time state champion AquaBombers and the Cincinnati Marlins club team.

The St. X water polo team also uses the facility during its season. (The season changed from fall to spring in 2020 and the team has found another pool this spring).

The AquaBombers earned the top spot in the National Interscholastic Swimming Coaches Association (NISCA) rankings in July 2020 for a sixth consecutive year.

"We want all of our facilities to reflect the successes that we have and there is no more successful of a team than our swimming team, having won 41 state championships," Reinhart said.

"We want to certainly give all of our students and our student-athletes the best as we expect the best from them. So this certainly reflects the accomplishments and the time, energy and effort that the swim program has put into that building and the amount of hours that they spend in there. This will certainly help them to take it to the next level and continue the tradition in a space that is worthy of the success that we've had."

St. X coach Tim Beerman said while many of the changes related to the natatorium will take place behind the scenes, he said the project is a significant benefit to the school and Cincinnati area.

"The overall project will usher the facility into the 21st century – paving the way for athletes' dreams and accomplishments for decades to come," Beerman said.

"We are grateful for the generosity of benefactors and the leadership of the St. Xavier community in making this project a soon-to-be reality."

The Keating Natatorium hosted two national championships in the 1970s, according to the school.

It has also hosted major college events, some of the most prestigious high school meets and hundreds of age-group events.

"Without a doubt, historic Keating Natatorium has played a major role in helping to support swimming both at St. Xavier High School and throughout the Cincinnati area," Beerman said.

Keefe, who is very instrumental in keeping historical information for the program, remembers when the roof was put onto the facility.

"Having swum in the first meet at Keating Natatorium and having spent the last 23 years coaching here, I am certainly looking forward to the renovation of the facility," Keefe said.

There have been 17 Olympic swimmers who've called Keating Natatorium home, according to the school.

The natatorium has had over 50 Division I college All-Americans compete at its location, including 15 AquaBombers.

Over 300 high school All-Americans have called the location their home, with over half being AquaBombers.

Of the hundreds of athletes who trained and competed at the natatorium, many qualified for NCAA championships (men and women) at all three divisions and many represented the United States in international competition.