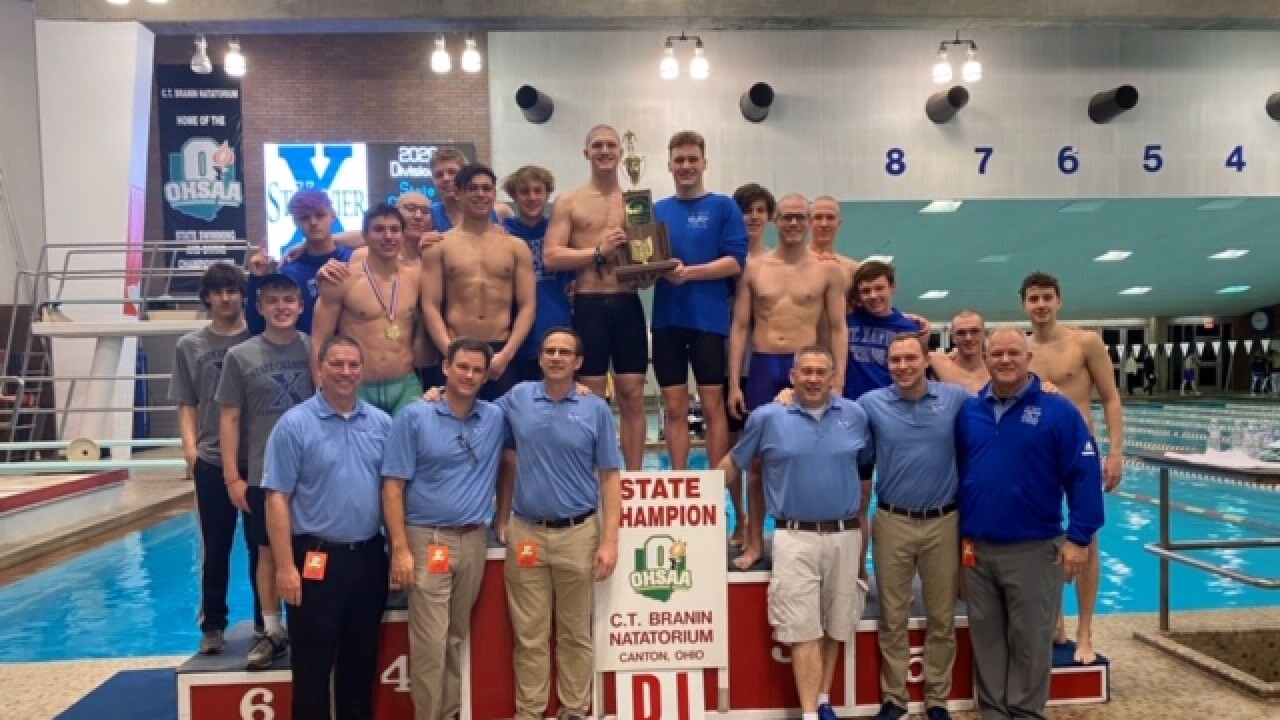 The AquaBombers were one of 151 high school boys programs who participated in the NISCA "May Madness" virtual swimming and diving bracket this spring.

The tournament did not host live events, but teams across the country had to fill out a form and include their top all-time marks from their program in the entries, according to Swim Swam.

The bracket was initially seeded using the NISCA points system and then formatted to replicate head-to-head dual meets using a six-lane pool format and scoring system. Daily results were posted as each virtual matchup was conducted.

"When we learned of the project, we were excited to be a part of it," St. Xavier head coach Tim Beerman said. "To see the results certainly is a testament to the hard work and commitment of so many who have been a part of our program."

Beerman gave credit to his assistant coaches for their work on finding the best lineups to submit.

"(Assistant coach) Jim Brower, who coached every swimmer on our roster, deserves special note," Beerman said. "Assistant head coach Tom Keefe did a great job in assuring we had the best lineup possible and the results speak for themselves."

St. X won its 12th consecutive Ohio High School Athletic Association Division I boys state title in February in Canton. It was the 41st state title for the program.

The NISCA high school results for 2020 will be released later this summer, following by Swimming World's mythical national championship in September.