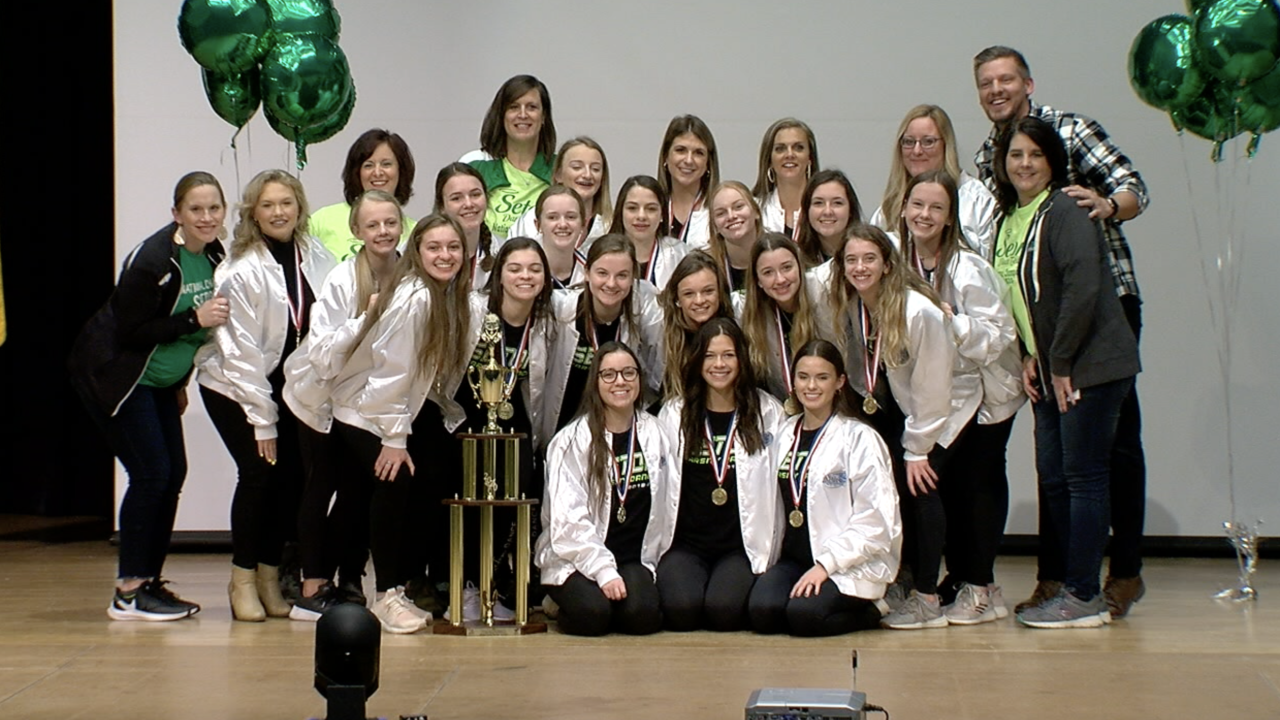 CINCINNATI — The Seton High Varsity dance team was welcomed back from nationals to applause and fanfare after clinching the win in Orlando over the weekend.

It was a wild ride for the team of girls the past four years. Some seniors on the team have seen their work pay off as the team has inched its way up the rankings from fourth place to first, finally earning the national title.

"It feels crazy, like it still feels surreal," said Ellie Hoeweller, a member of the dance team. "I just feel like I'm in a dream and I haven't woken up yet, and I don't even know how to explain it."

The team began learning hip hop routines six years ago and have slowly been working their way towards victory at the national level ever since.

"The competition at nationals is insane," said Riley Volker, a member on the team. "Everyone is top notch, the best of the best. The music is good, costumes, choreo, everything."

They've been working on their routine since August, with the help of choreographers from the Philippines. The hard work paid off, and the team was greeted at the airport by a large group waiting to welcome home their new champions. On Wednesday, staff at Seton High School held a pep rally to honor the team as well.

The team competed against more than 30 schools last weekend. The team's coach said the girls practice 10 months out of the year, for about 12 hours a week.