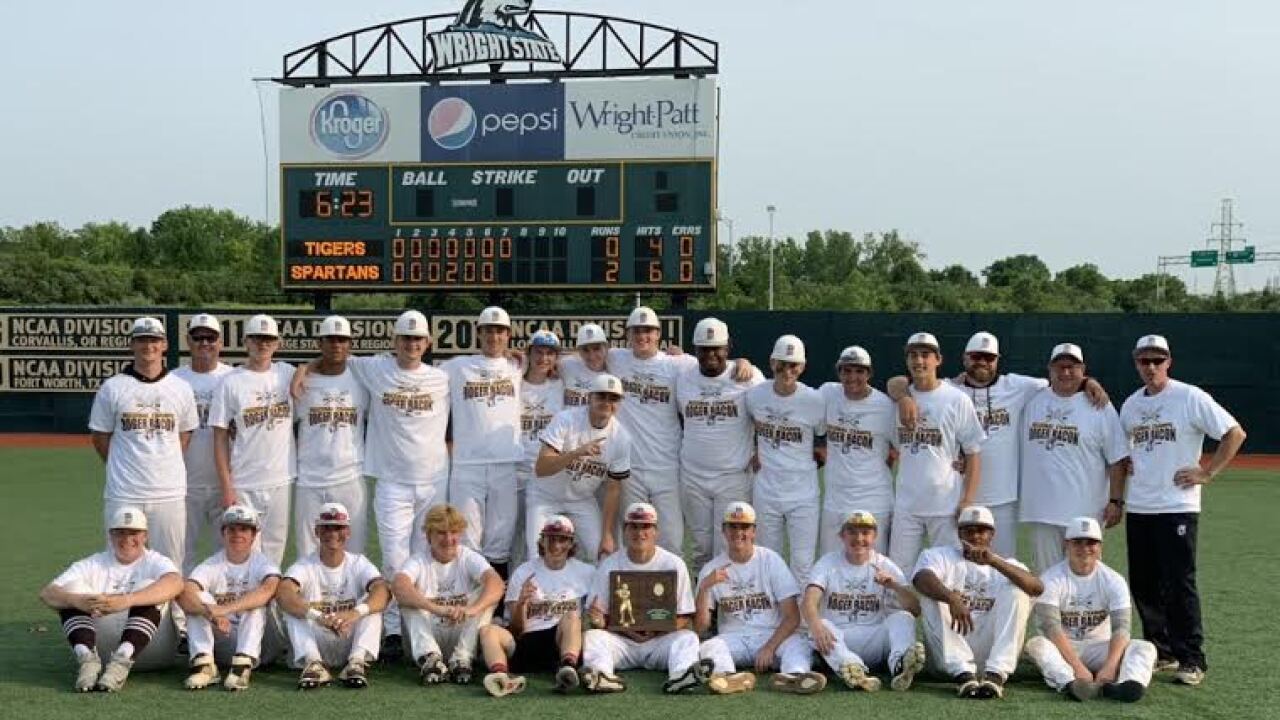 Provided
Roger Bacon won the regional baseball title on Friday afternoon for the first time since 1968.

CINCINNATI — The Roger Bacon baseball team is going to the state tournament next week for the first time since 1968.

“It’s huge for the Roger Bacon community and for our seniors,” Spartans coach Tim McCoy said.

Roger Bacon defeated Versailles 2-0 in a Division III regional final Friday afternoon at Wright State University. The game was delayed by lightning for 30 minutes, but the Spartans never lost focus.

After the game, the team rushed back from Fairborn so the seniors could attend their graduation ceremony,

On Friday, it was all Spartans in recording their fifth shutout this season.

Sophomore Evan Webb’s two-run single in the bottom of the fourth inning gave the Spartans all the offense they needed.

Bullock threw 15 pitches in the regional semifinal Thursday in the 4-2 win over Cincinnati Country Day and was ready to take the mound Friday.

“Tyler was lights out,” McCoy said. “He wanted the ball. He was as tough as nails.”

McCoy said he had a sense of foreshadowing in early March during a preseason meeting with the team parents. He predicted the Spartans would be in the state Final Four after a tough loss to Ross at the end of the 2018 season.

Roger Bacon played a challenging schedule and has a deep pitching rotation, so McCoy was confident things would work in the Spartans’ favor.

Roger Bacon won the district title this season for the first time since 1996.