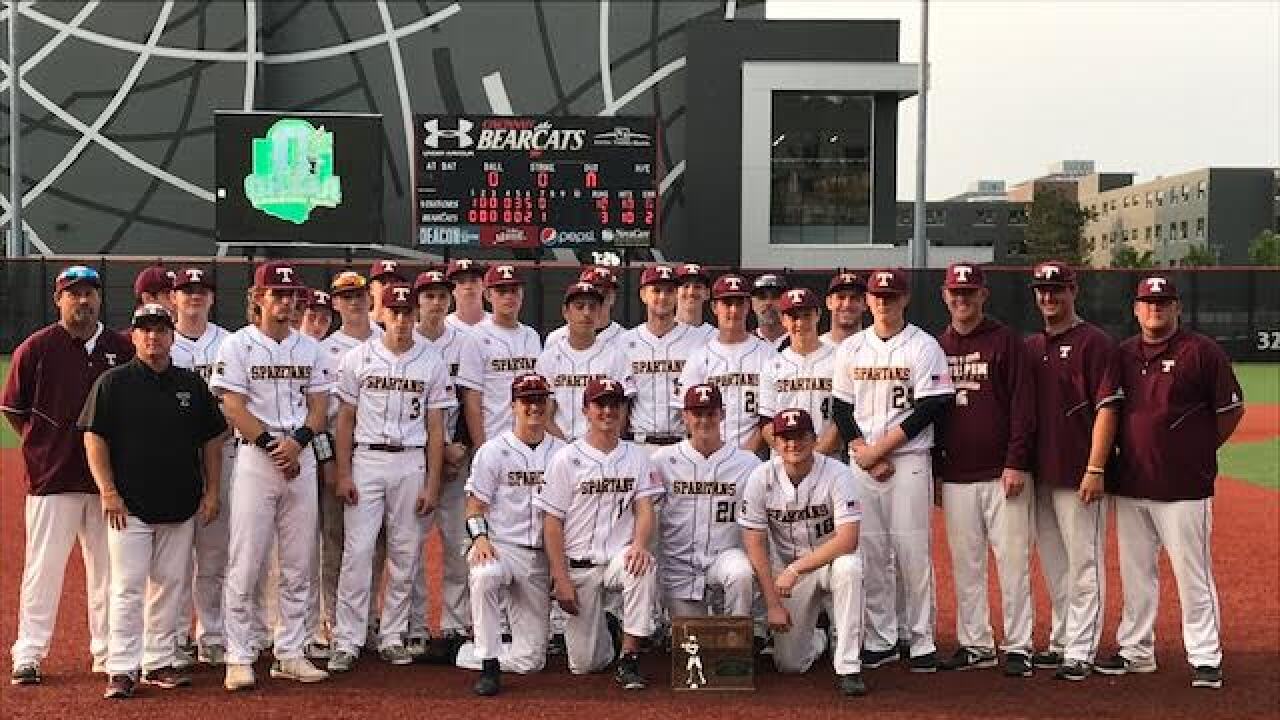 Mike Dyer/WCPO
Turpin advanced to its first regional tournament this spring since the program started in 1977.

Springboro scored nine runs between the fifth and sixth innings Friday night en route to a 10-3 win over Turpin in a regional final played at the University of Cincinnati’s Marge Schott Stadium.

Turpin (18-11) made its first regional final appearance in program history that dates back to 1977.

“The senior class – they led by buying into the program and just coming out and working hard and try to build something that we haven’t done at Turpin in forever,” Turpin coach Don Gullett Jr. said.

Sophomore Connor Stout was 3-for-4 with two doubles and an RBI for the Spartans.

Senior Colin Bernard had an RBI single to put the Spartans on the scoreboard in the sixth. He later scored.

Junior Justin Silverstein had a double and scored a run in the seventh. Sophomore Nick Kapostasy was 2-for-3 among the other offensive leaders.

Turpin had just four seniors so there is plenty of promise for next spring.

“I think we know we have a bright future but now we’re just thinking about the seniors that are moving on,” Gullett said,

Springboro (26-6) advances to play in the Division I state semifinal at 10 a.m. June 7 at Canal Park in Akron.