Princeton offensive lineman Vincent Munlin Jr. inspires others in football and at school 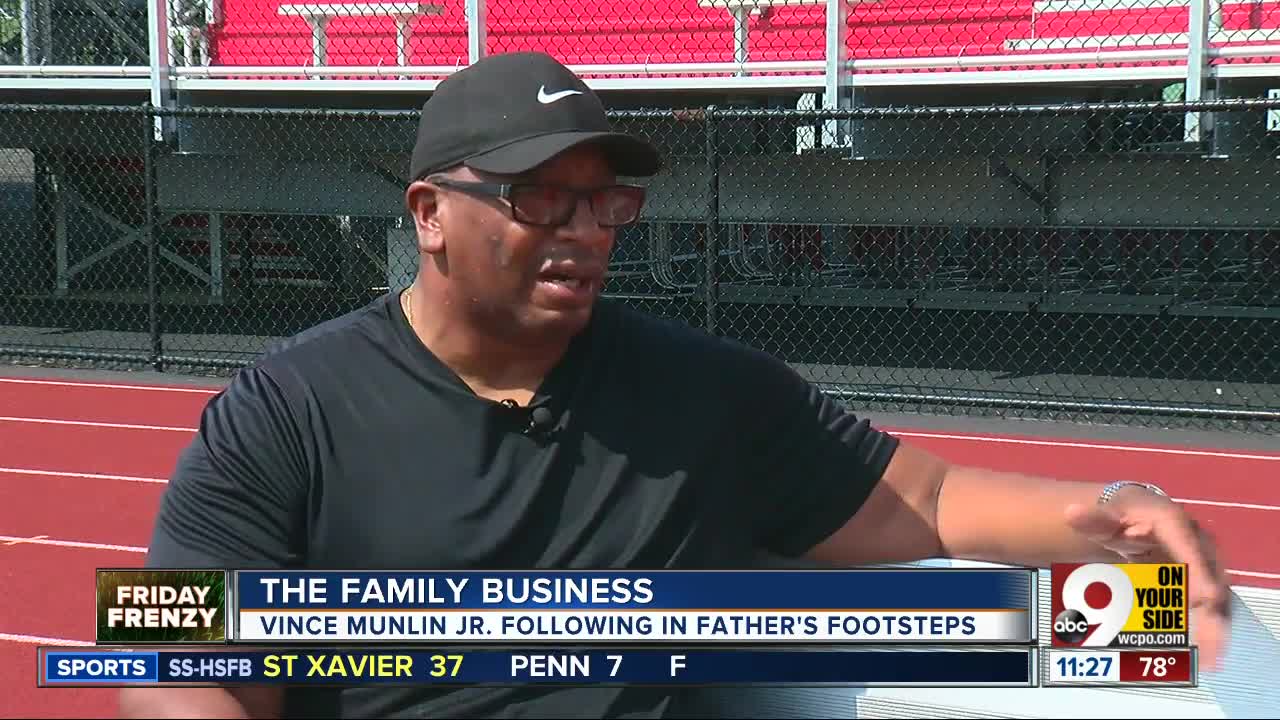 Princeton football star has many talents 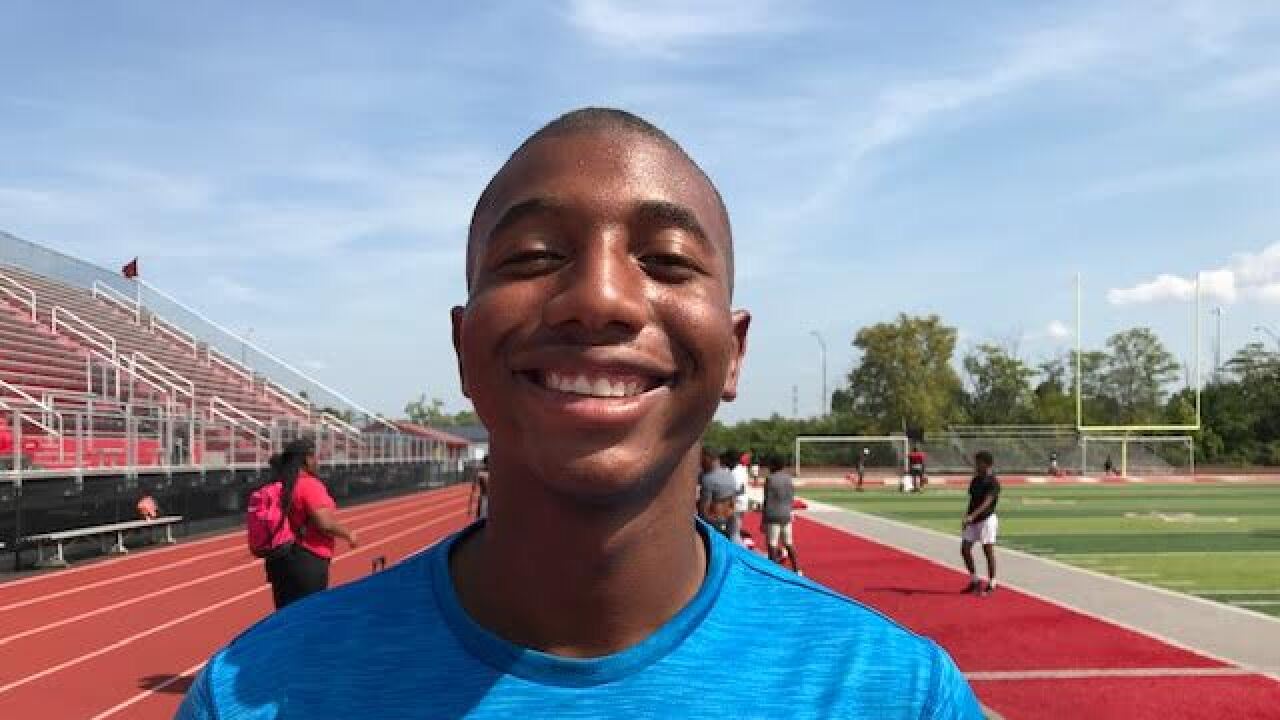 SHARONVILLE, Ohio — Anytime Princeton senior offensive tackle Vincent Munlin Jr. needs to look beyond a hurdle, a voice inside his head urges him to persevere.

In fact, father and son are so well connected that Vincent looks up to his dad seated on the right side of the home section at Viking Stadium for encouragement during games.

“It means that my dad truly cares," Vincent said. "Because not a lot of people can say that their dad truly cares. I really believe that. There is a lot of stuff I can say about my dad. My dad is a real good guy.”

Vince, a 1985 Princeton High School graduate, played wide receiver and defensive end with the Vikings before he played four years at the University of Cincinnati in a variety of positions including outside linebacker and defensive back.

Vince, a former Princeton track and field standout, played a couple of years in the Arena Football League and had tryouts with the Indianapolis Colts and Los Angeles Rams in the NFL.

As a security officer for the Princeton City School District and a part-time police officer for the Village of Glendale, Vince and his wife, Gezele, appreciate the character that 17-year-old Vincent has exhibited.

"His mom and dad are major influences in his life," Princeton City Schools Superintendent Tom Burton said. "...His parents have been unbelievably supportive of who he is and the path that he is on."

Vincent has most recently had a 3.5 grade-point average and is in National Honor Society among other activities.

“He’s the type of kid you want to see,” said Berk, founder of FirstStarFootballReport.com.

“A great student. You can tell he has a love for the game - a love of being around his teammates. A kid that other kids like.”

Princeton coach Mike Daniels said Vincent's best days are ahead of him. Vincent has been a starting offensive lineman since he was a 14-year-old sophomore.

“You go ask any administrator, any teacher in that building – everyone will say the same thing," Daniels said. "A phenomenal young man. He was raised right. 'Yes sir, no sir' type of kid. He looks you in the eye. He’s a kid who does well in school. He does exactly what you ask. He’s a captain. And his future is bright.”

Vincent, who just turned 17 in August, also wrestles and runs track. But, he is more than a three-sport athlete. He is a student-athlete who is looked up to around Princeton.

Vincent has certainly a sterling reputation around the school. He participates in the school newspaper and was active in a newly-formed school communications program tied to ICRC.

He was one of 10 students recently selected based on his leadership to have lunch with Paolo DeMaria, Ohio's Superintendent of Public Instruction.

"He just does an amazing job all the way throughout as a leader," said Burton. "He works hard and motivates others. He is one of the most stand-up student-athletes I've ever met in my life."

Vincent understands the importance of academics and having interests outside of football. Whenever Vincent completes his nightly homework, he will often start drawing at home.

Whether it’s Dragon Ball Z or Brutus the Buckeye, Vincent inevitably amazes his family with his completed projects. Drawing is a passion he learned from his father at an early age.

"When he was a little kid, he would lay on top of my back and watch me draw," Vince recalled.

If Vincent has a stressful day at practice or school, he finds drawing to be a relaxing activity.

Vincent would like to play in the NFL one day, but he also knows sports isn't forever. He's interested in art design and communications.

“I just want to inspire people to be the best version of themselves that they can be,” Vincent said.

Vincent's family can’t wait to see what the future holds. For now, they are enjoying a senior season with plenty of promise.

“We are very proud of him,” Vince said. “He’s done everything that we’ve asked of him. I know he is going to be good to society once he gets out there.”