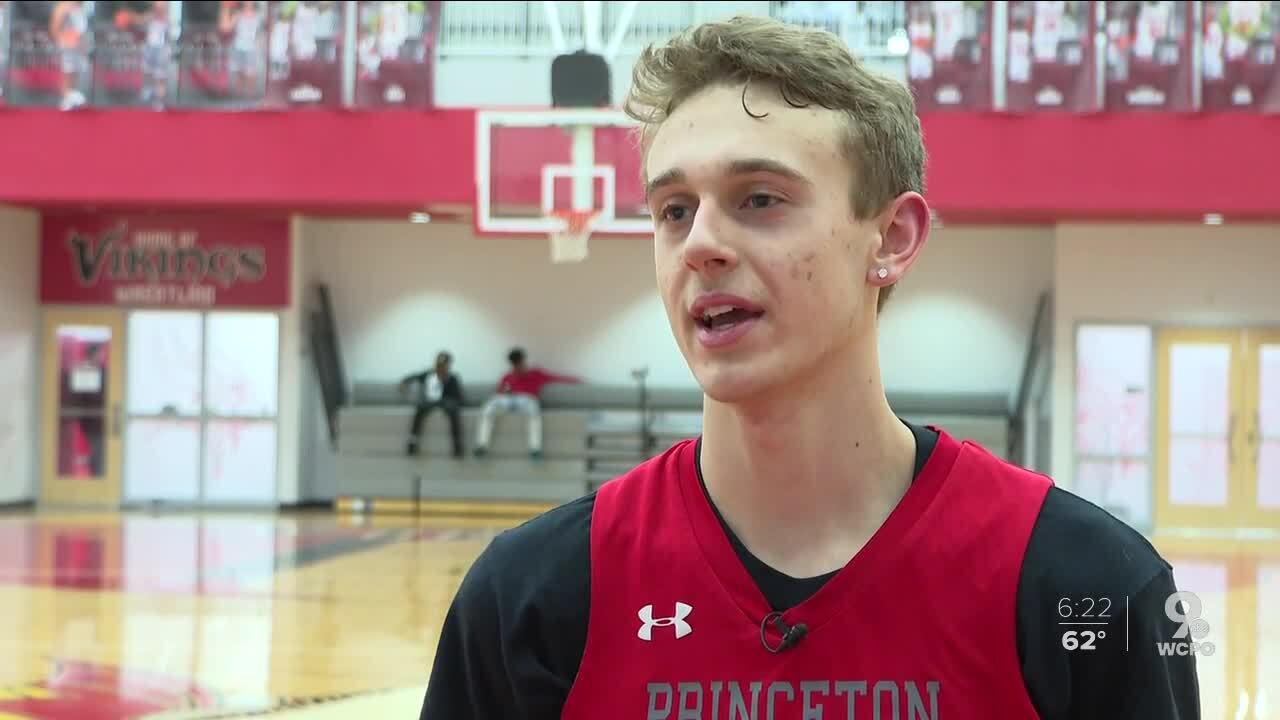 Bowen Hardman is proud to be a Buckeye. He always knew Ohio State was the right fit.

"It feels special," Hardman told WCPO. "It's something I've always wanted to do and be and I've been blessed to get the opportunity to be a Buckeye. And I think since Day One it was very special and the atmosphere there I knew that I was going to end up being a Buckeye so I just want to say that I'm ready and I can't wait to keep moving forward with this journey."

"I think the biggest asset for me is definitely my offensive ability that we talked about a lot," Hardman said. "And just going out and spreading the floor and being able to create space for not just myself but my other teammates."

"The first time that I went on the campus I fell in love," Hardman said. "The coaching staff was amazing. The families were amazing. Just the atmosphere. Just going there and seeing everybody and getting to know all these players now and past players was awesome."

Dawn Hardman said she felt a genuine connection at Ohio State - even beyond basketball.

Dawn said she felt comfortable with the campus and the Columbus area. She said Ohio State is a good fit academically and athletically.

"I wanted him to be able to spread his wings a little bit and get away from home and see something different other than Cincinnati," Dawn said.

Bowen also had scholarship offers that included the University of Cincinnati, Xavier and Ohio University.

Hardman is the first player to verbally commit in Ohio State's 2022 recruiting class.