Princeton basketball standout Bowen Hardman plays for his 'No. 1' fan 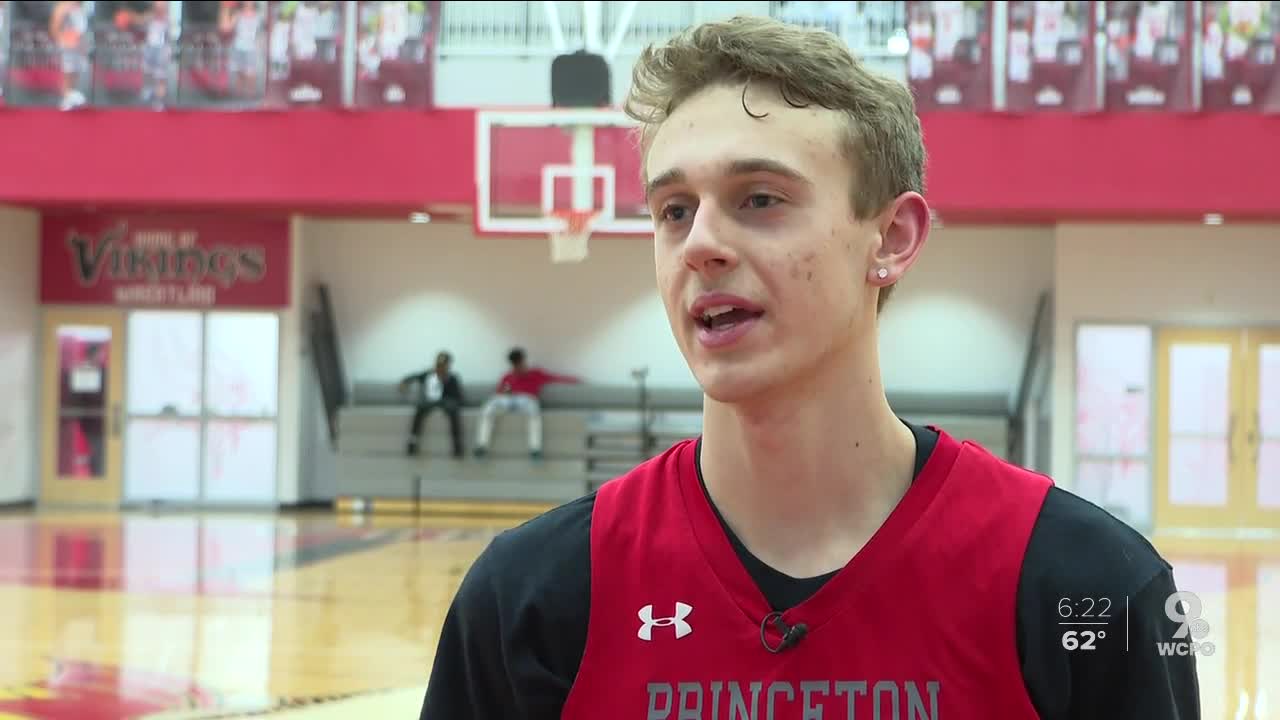 owen Hardman has an angel watching over him during every Princeton High School basketball game. The 6-foot-4 sophomore shooting guard smiles when describing a special pregame handshake with his teammates: They add angel wings at the end for Hardman's late father, David. 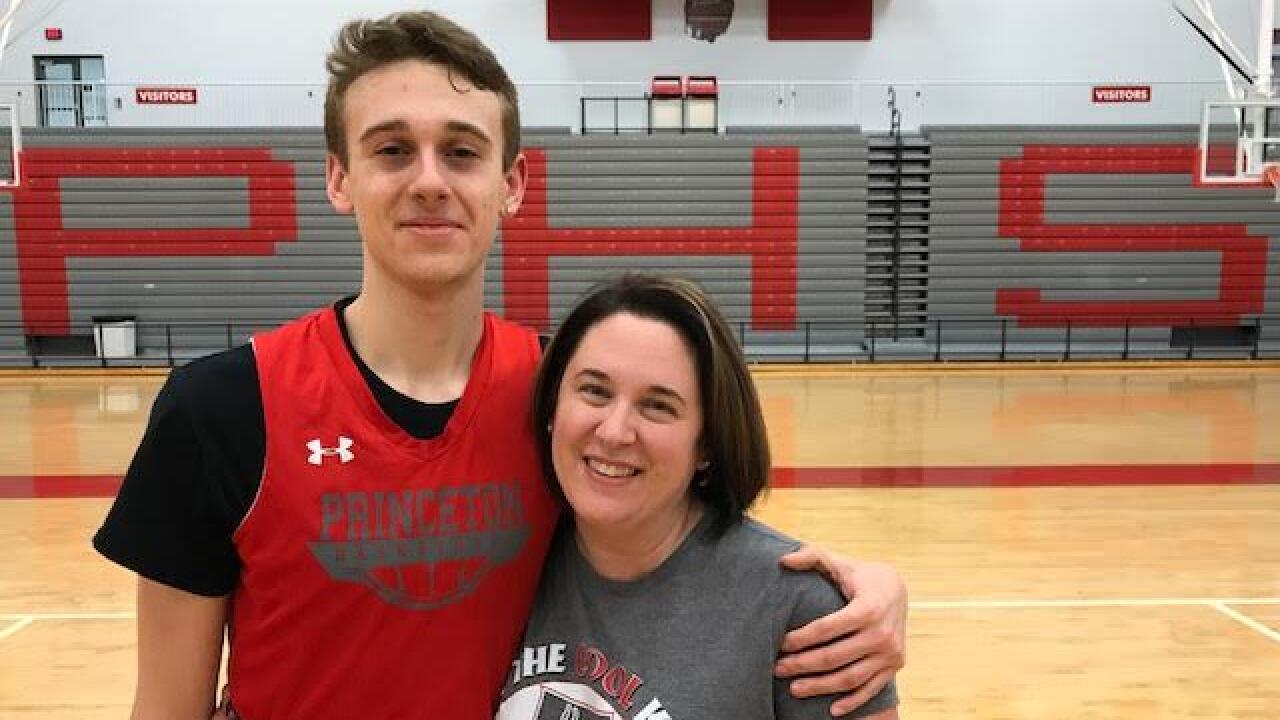 SHARONVILLE, Ohio — Bowen Hardman has an angel watching over him during every Princeton High School basketball game.

The 6-foot-4 sophomore shooting guard smiles when describing a special pregame handshake with his teammates: They add angel wings at the end for Hardman's late father, David.

"We want to make David proud because I feel he is watching," said Dawn Hardman, Bowen's mother and a 1996 Princeton graduate. The Hardmans were married for 19 years. "And I feel that he is pushing Bowen. I will sit at games and I think, 'I just really, really wish he was here to see this because he will just go off on some games.' I'm like, 'It's got to be David. It's got to be him back there just pushing him.' It's special for Bowen to play where his dad played."

Basketball linked father and son, especially on the weekends, when David took his son to Western Hills at 9 a.m. for three or four hours to work on Bowen's skill set.

"Going into every game I remember him telling me everything that I have to do: 'Go in, have fun and just play the game,'" Bowen said. "'Don't have bad thoughts. Just go out and just play.'"

Bowen Hardman has applied that wisdom and made his entire family proud this season.

After the pregame shoot-around, the 16-year-old makes sure to hug his mom and sisters, Ava, 10, and Chaylee, 7, sitting in the stands.

"It really could've gone either way when David died," Dawn Hardman said. "He could've completely given up basketball, but now he's like even more determined to be successful."

Bowen has scholarship offers from the University of Cincinnati, Xavier, Ohio State and Ohio University. He averages 12.6 points and 2.2 rebounds while shooting 49% from the field, including 42.4% from beyond the 3-point arc.

"He's extremely driven," Princeton interim head coach Steve Green said. "He never says he's doing it for his dad, but you know it's always what he's thinking about when he's playing. And his dad instilled in him how to do things the right way, and it shows every day at practice in all of our games."

Bowen chuckles at the height difference between him and his father. He admits the 5-foot-9 David was a better shooter and adept at using both hands to get the ball in the basket.

David Hardman played baseball and basketball at Princeton before earning a baseball scholarship to Walsh University. He earned a teaching degree from UC.

"David was extremely proud of Bowen," Dawn Hardman said. "From a young age -- he just had a natural ability. I would watch him in our driveway shooting shots and I'm like, 'How does he even know how to have the correct form to shoot a basketball?'"

While David didn't see his son earn his first scholarship offer last summer, Dawn said the Princeton community and the game itself have aided the family during an emotional roller coaster of the past year.

"Never in a million years would I have thought I would be in this position," she said. "But I'm Bowen's rock and Bowen's my rock and you know we have our girls. I'm blessed that I have my babies and I'm blessed that we have basketball, because now my girls are playing basketball."

Bowen has enjoyed helping his mother instruct Ava and Chaylee about the game. Dawn said Bowen has increased his load of chores for the family, too. Bowen also took his sisters to a father-daughter dance about a month after their father died.

"For a 16-year-old kid like me, you've got to step up," Bowen said. "It's hard -- you still have to be a kid -- but I'm happy stepping up and being there for her and my sisters and my whole family. I definitely feel more mature. I've been in situations that not a normal 16-year-old teen or a normal teen goes through and you learn a lot. For me it's just sitting back and reflecting on myself and seeing what I got to do right and what's wrong."

Green said the college programs like his ability on the court but also his desire to be coached and to always operate at game speed even during practice drills. Bowen's basketball IQ has been an asset during the recruiting process.

"Academically the kid is outstanding," Green said. "He is just a great student. And the kids love him on the team. He's one of those kids you dream of coaching. You just love every minute of being with him."