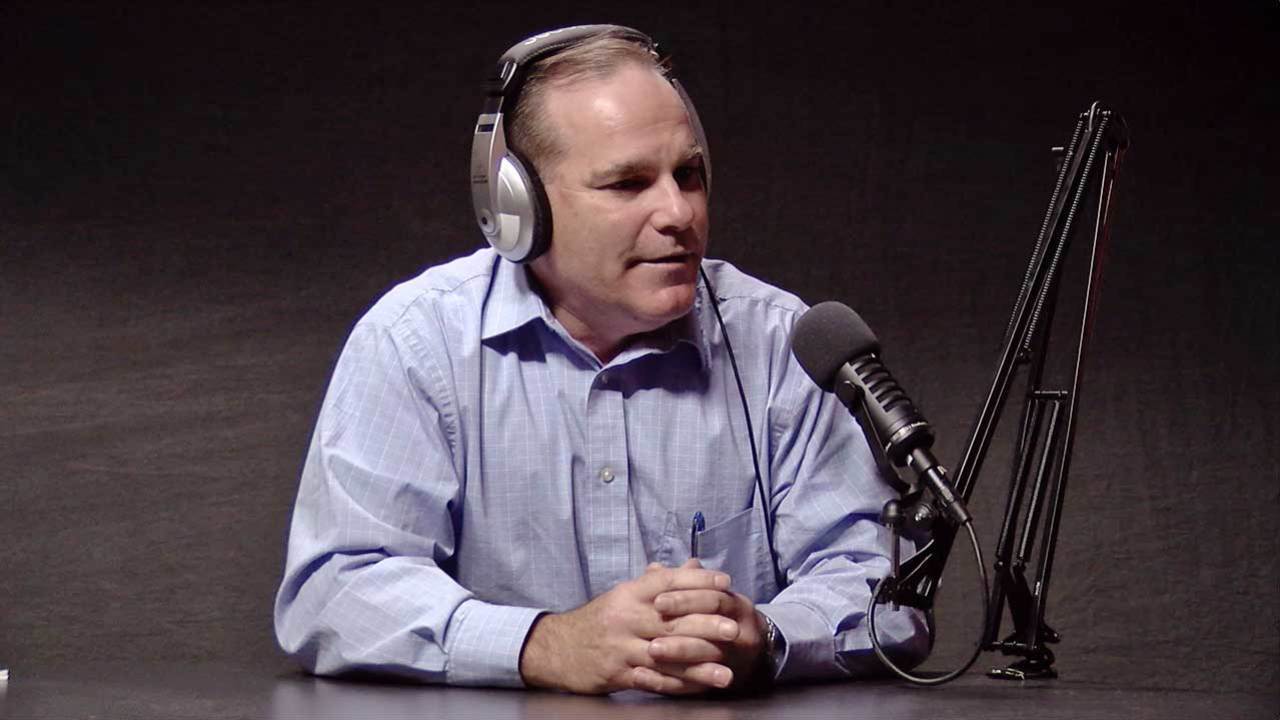 "Jonny is the best; that's all I can tell you," said La Salle basketball coach Pat Goedde. "Just a professional at what he does. It's going to suck on a Friday night not being able to see him out there."

"I made my decision in early February, but I wanted to finish out the regular season on a strong note and continue officiating at the highest level possible during the tournament with no distractions, no questions and no fanfare," Sagers told WCPO.

Sagers, affectionately known as "Jonny" by coaches, plans to continue to officiate high school football for a few more more years with his current crew members.

Sagers, a PSAV Regional Director in the hotel division the past 30 years, said it's simply time to step away from high school basketball officiating. His final game was March 11, when Lakota East defeated La Salle 44-35 in a Division I regional semifinal at Xavier University's Cintas Center.

"I'm going out on my terms and on top of my game," Sagers said. "I feel great physically and have zero regrets."

He will miss all the handshakes before a game and the relationships he's built over his journey.

"I am sad to hear he is hanging it up, but I know being an official these days is really, really tough," Lakota West Athletic Director Scott Kaufman said. "You don’t replace a Jon Sagers. This is a huge loss to the game and our kids."

Sagers, a Delhi Township resident, will also miss the 10 seconds before the opening tip-off of a game.

After all, that slice of anticipation is prime for a basketball official. It's a time of transition, where the juices amp up for the constant action up and down the court.

"All the handshakes are over and now is the time to do what we do – try to be the best and give a great effort," Sagers said. "There is no substitute for hustle. Calls can be questioned, but no one will ever question my effort."

"Jon was one of those officials that coaches were always glad to see assigned to their games," Shuck said. "He let coaches coach and players play, but was there to keep things under control without being noticed. We will miss him."

Kaufman said Sagers was nothing but first class in the gymnasium.

"Jon is one official that you relaxed as an AD when you saw him come into the gym for a game," Kaufman said. "You knew everything that night was going to be fine. His demeanor, confidence and passion is second to none."

Sagers said he is most proud of going out on his own terms and top of his game along with living up to the expectations set forth by his father, OHSAA Officials Hall of Famer Bob Sagers, Sr.

(The OHSAA has said the Sagers family is the only family to have a father, Bob Sr., and two sons, Bobby Jr. and Jon, in the hall of fame).

Jon Sagers fondly remembers the phone call he received from former North College Hill Athletic Director Joe Nickel in January 1992 for an opportunity at his first varsity game as the Trojans hosted Reading.

"I was very excited and called my dad and he said, 'Don't screw up the last four minutes of the fourth quarter; that's what everyone will remember,'" Jon Sagers recalled.

Oak Hills boys basketball coach Mike Price said Sagers was always good at communicating with coaches during a game about calls. Sagers had a way of being able to defuse a situation in the heat of the moment.

"I have a lot of respect for him and what he's been able to accomplish," Price said.

Moeller coach Carl Kremer said Sagers never went through the motions or made the game about him.

"Jon's retirement is a monumental loss for Cincinnati basketball," Kremer said. "He knows how to manage a game and more importantly he knows how to deal with people. He respected the game and its participants by working hard every possession. Jonny will be missed."