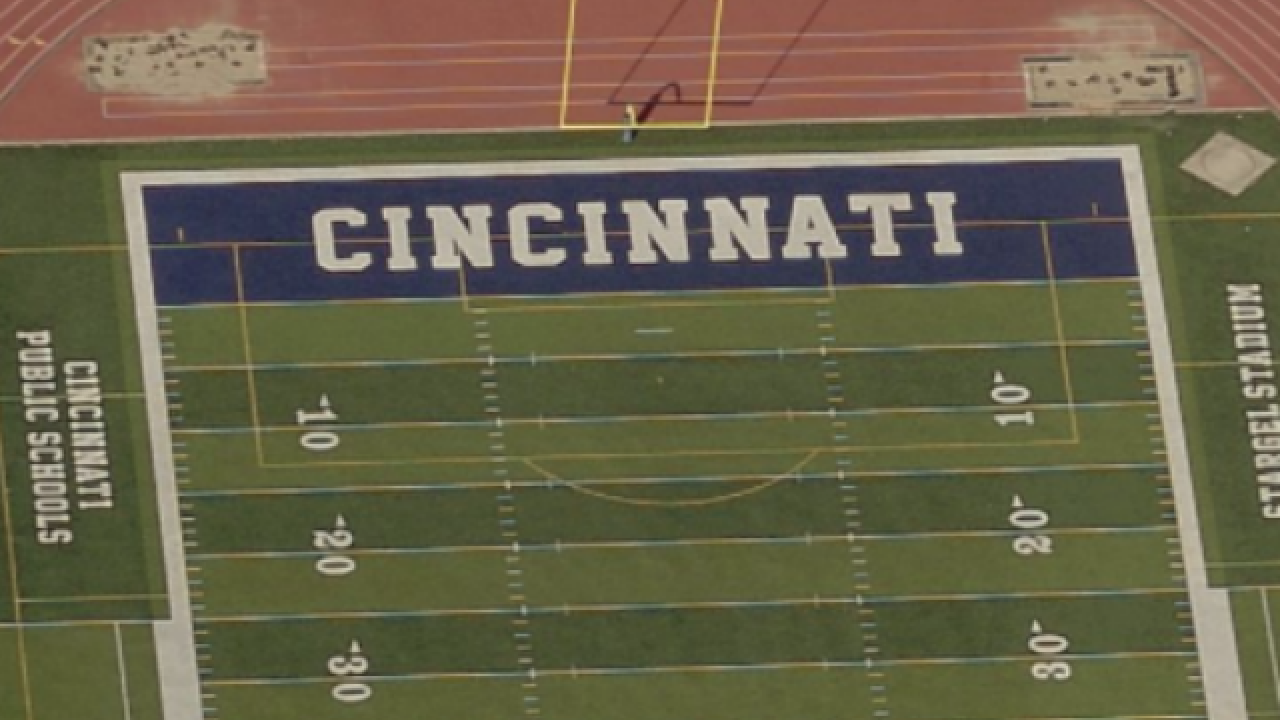 Copyright 2018 Scripps Media, Inc. All rights reserved. This material may not be published, broadcast, rewritten, or redistributed.
City of Cincinnati
<p>Stargel Stadium will host the Withrow versus Woodward football game Aug. 22. The game is part of the 21st annual Skyline Chili Crosstown Showdown. (WCPO file)</p>

CINCINNATI – The Ohio opener of the Skyline Chili Crosstown Showdown has been moved to Stargel Stadium.

The game, which is part of the Skyline Chili Crosstown Showdown presented by First Financial Bank, Mercy Health Orthopaedics & Sports Medicine, and Meijer, was originally scheduled at Withrow High School’s Angus King Stadium but is being moved to celebrate the final season at Stargel Stadium which will be moved after this season to accommodate the new FC Cincinnati stadium.

Stargel Stadium, used as a home field for CPS football teams, will also be the host site for the Taft-Thurgood Marshall game at 7 p.m. Aug. 23.  A second Showdown game, Anderson versus Mount Healthy, will be played at 7 at Princeton High School that same night.

“CPS is once again thrilled to be involved in the Skyline Chili Crosstown Showdown,” said CPS Athletics Manager Josh Hardin.  “Year after year, the Showdown is one of the best high school events highlighting student-athletes in the country.  And we have some great matchups to kick off the season, with Withrow versus Woodward and Taft playing Thurgood Marshall. “This will be our last season at Stargel, so we want to highlight the stadium this season.  There have been a lot of great games and memories made in the stadium, and we plan to start and finish this fall season off right.  New Stargel Stadium planning is off to a great start, and we are looking forward to having future Showdown games being played there as well.”

Woodward coach Kali Jones said the Bulldogs played at Withrow in 2017. The 2019 game will be at Woodward, Jones said.

This year's Showdown will kick off Aug. 17 with two games.

A new and expanded format of the Showdown includes 44 schools playing in marquee games every Friday night all season from Aug. 17 through Oct. 26. Previously, there were 20-plus games in the first two to three weeks of the season.