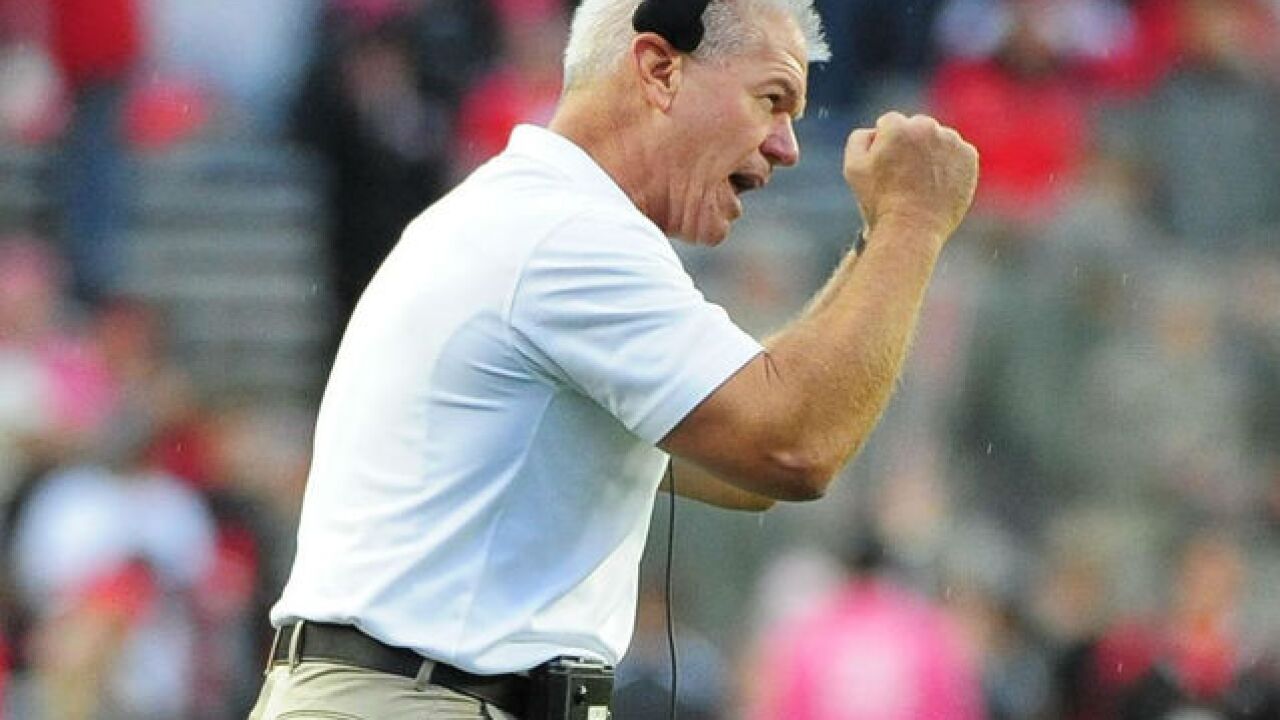 Just as he has the past 14 Friday nights this fall, the Tennessee Titans defensive backs coach will follow the Cardinals on social media for a final time this Friday in the state final.

Colerain (14-0) will play Lakewood St. Edward (10-3) in the Division I state final at 8 p.m. Friday at Tom Benson Hall of Fame Stadium in Canton. Coombs will be home in Nashville wishing he could be in Stark County.

"It's fantastic," the Hamilton County Hall of Famer told WCPO Monday morning from Houston as the Titans prepared to play the Texans. "I'm very excited for Tommy (Bolden) and the other guys on the staff. A lot of those guys were there with me, and I'm really proud of them. I'm really proud of the community. I'm just excited for everything associated with it, and I'm really looking forward to how they are going to play."

Coombs, a 1979 Colerain graduate, is in his first season with the Titans. Although he was a college football assistant coach for 11 years, he said he's followed Colerain football every week since he left the school. A few people will text him from games, or he'll check Twitter for updates.

"Friday nights in the NFL is the one night that you are not necessarily in the office," he said. "So it's a really good time to be able to follow them for a little bit of what those guys are doing."

Coombs spent six seasons as an Ohio State assistant coach under Urban Meyer from 2012 to 2017. Prior to that, he was the University of Cincinnati defensive backs coach from 2007 to 2011.

He was the Colerain coach for 16 seasons and led the Cardinals to their only state football title in 2004, when Colerain defeated Canton McKinley 50-10 at then-Fawcett Stadium (now Tom Benson Hall of Fame Stadium).

"That was still one of the most exciting days of my life," Coombs said. "It always will be."

Current Colerain coach Tom Bolden took over for Coombs in 2007 after spending years as an assistant for the Cardinals, including for that '04 team.

He was misty-eyed Friday night in Piqua after the win over Pickerington Central in the state semifinal.

Bolden, a 1988 Colerain graduate and former quarterback at the school, will lead the Cardinals to their second-ever state final appearance and the first in his head coaching career. Last week was the third time -- after 2015 and 2017 -- the Cardinals were in the state semifinals under Bolden.

"I can tell you this," Coombs said. "The journey is so hard, and I don't think anybody who is not in it really realizes how hard it is just to get to the state championship. (St. Xavier coach) Steve Specht, (Elder coach) Doug Ramsey and (former Moeller coach) John Rodenberg -- those guys can tell you how hard it is."

The 2004 team is considered to be one of the greatest football teams in Greater Cincinnati history.

"I think the 2004 team -- you go back and look -- that might be the best team that ever played high school football," Coombs said.

"It's unbelievable," Coombs said. "The thing that I appreciate the most about Tom is that he has really maintained exactly the things that we did. He believed in it when he was there as an assistant coach and he's continued that path.

He knows how important it will be for the Cardinals' fans to be at the stadium.

"I hope every single person that lives in Colerain Township is going to that game," Coombs said. "Because I remembered when we walked into that stadium that night it was packed with Colerain folks and I think that was a significant factor for us. And something that those people at that game will probably never forget."