Colerain vows to 'finish' the job after avenging 2017 semifinal loss 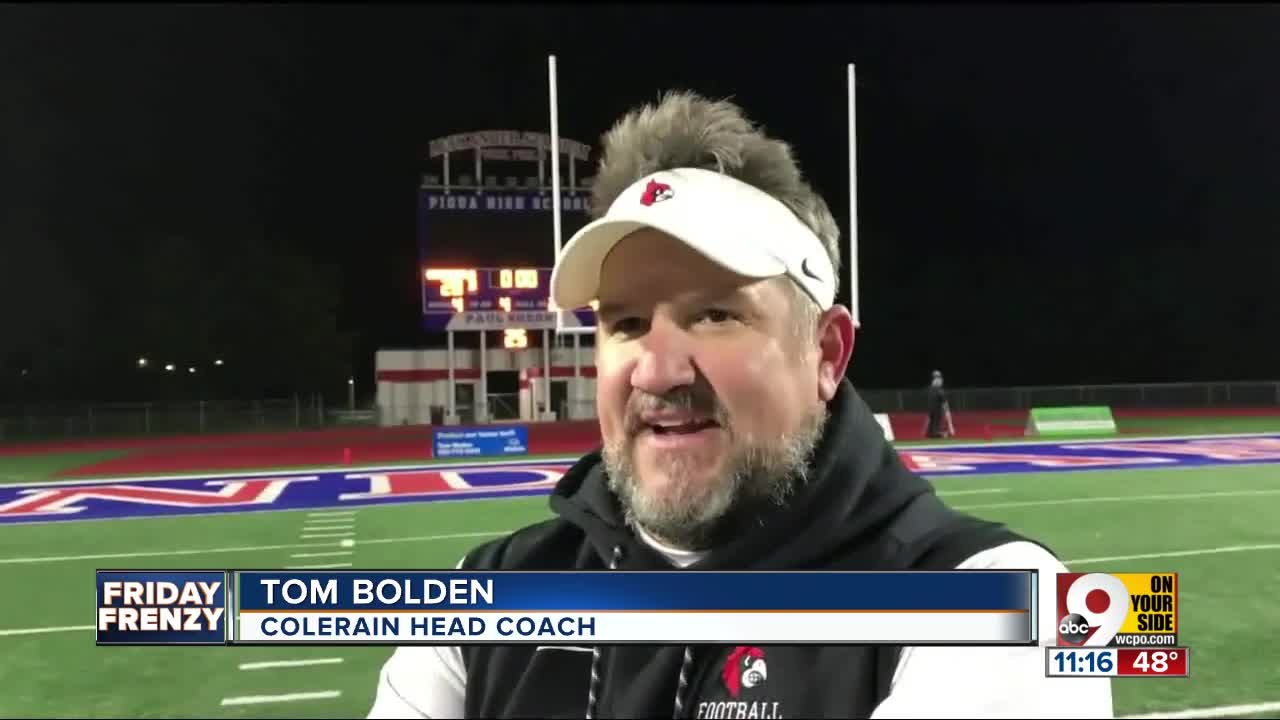 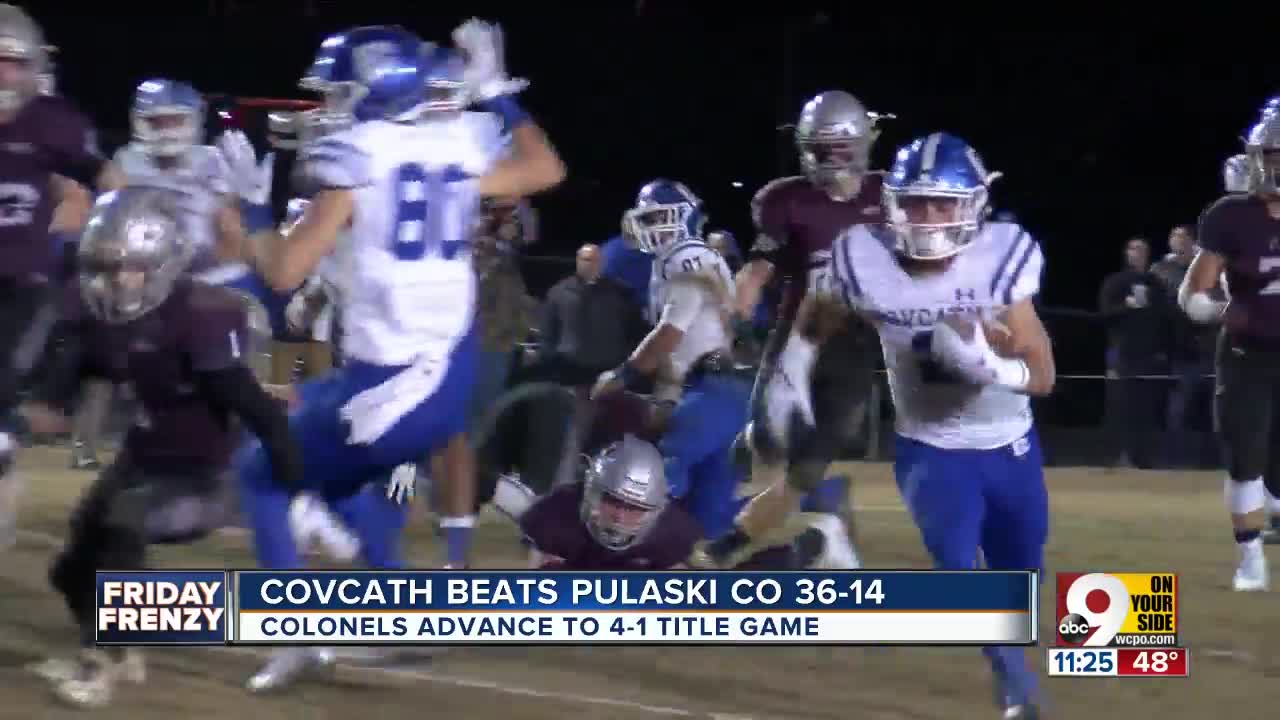 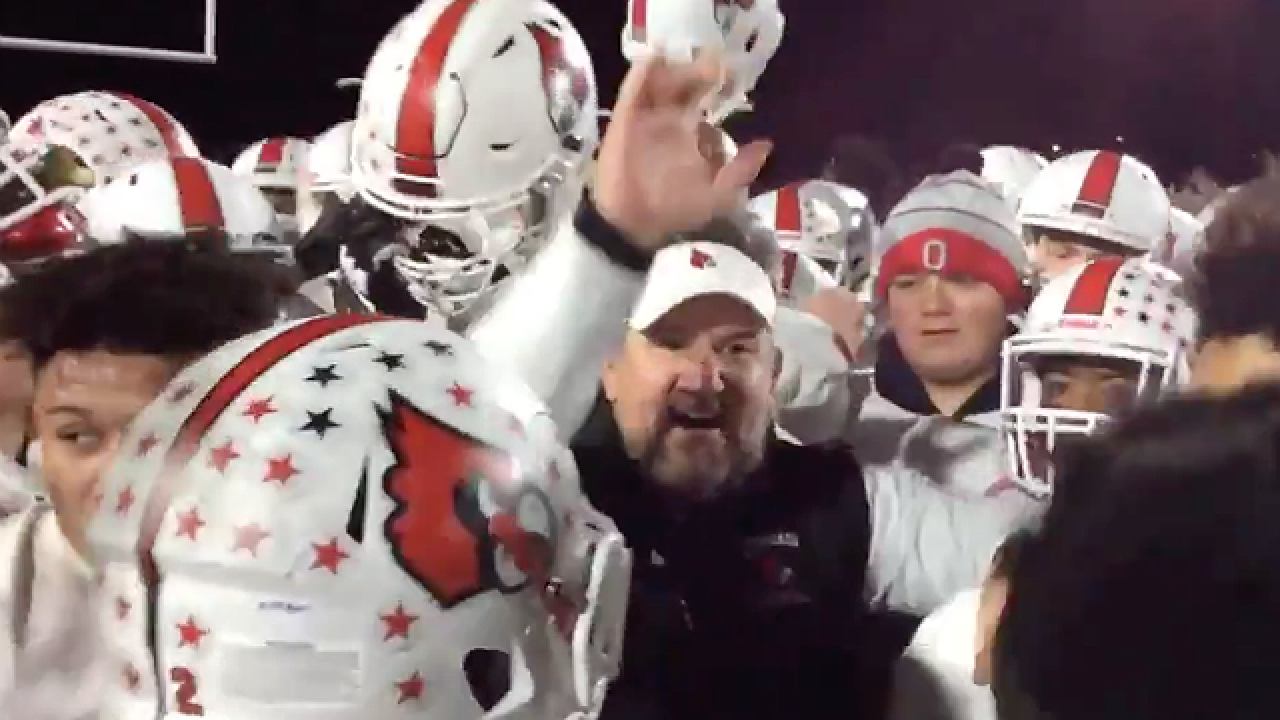 The Cardinals defeated Pickerington Central 28-14 in a Division I state semifinal Friday night in front of an estimated 5,000 fans at Alexander Stadium.

“I’m just so proud,” said a misty-eyed Colerain coach Tom Bolden. “Now, we just have got to finish.”

Colerain (14-0) plays Lakewood St. Edward (10-3) in the state final at 8 p.m. Nov. 30 at Tom Benson Hall of Fame Stadium in Canton. It is the Cardinals’ first state final appearance since they went undefeated (15-0) and won the title over Canton McKinley in what was then Fawcett Stadium in 2004.

Bolden, the Cardinals’ head coach since 2007, was an assistant on that Colerain '04 team.

There was nothing too flashy Friday night.

Colerain operated a workmanlike approach the whole state semifinal. The Cardinals led 14-0 at halftime for a second straight week but encountered adversity early in the third quarter.

On the second play of the second half, senior fullback/linebacker Ivan Pace Jr. twisted his left ankle and ran off to the sideline at the 11:01 mark. Pace missed a defensive series but was able to run on the ankle and work things out after being taped. He eventually returned to the game and said there was no way he wasn’t playing for his teammates.

“With this man, I don’t think anybody can stop us,” senior quarterback Deante Smith-Moore said after the game. “He’s a workhorse. He plays both offense and defense. He does whatever the team asks of him. I couldn’t ask for a better fullback and teammate.”

WATCH Colerain and highlights from other games in the video player above.

Colerain led 14-7 at the end of the third quarter, but it was Pace’s 3-yard touchdown on fourth down with 8:33 left that helped to give the Cardinals a much-needed boost and a 21-7 lead.

“There is no way (the ankle) was going to stop Ivan from coming back,” said Colerain senior linebacker Luke Bolden. “He’s a different breed.”

But, Pace and Smith-Moore led the ground attack on the final scoring drive to seal the game. Smith-Moore scored on a 1-yard touchdown run with 1:16 left, and the “We Are Colerain” chants had begun from the visitor stands.

Colerain experienced sheer euphoria after the game as coaches and players embraced. They savored the moment.

“It means a ton,” Smith-Moore said. “This is all I’ve dreamed of since I was a kid coming to Colerain, and getting back to where we haven’t been in a really long time.”

Next week will be the first time Colerain will play Lakewood St. Edward in football, according to WeAreColerain. The Cardinals and their fans will certainly cherish the opportunity.

“It means we get the chance to do something special,” Tom Bolden said. “This journey with these kids is pretty darn cool. We get to play one final game for it all ,and as a coach there is not much more that you can ask for. So I’m looking forward to working my butt off this week and finishing this job.”