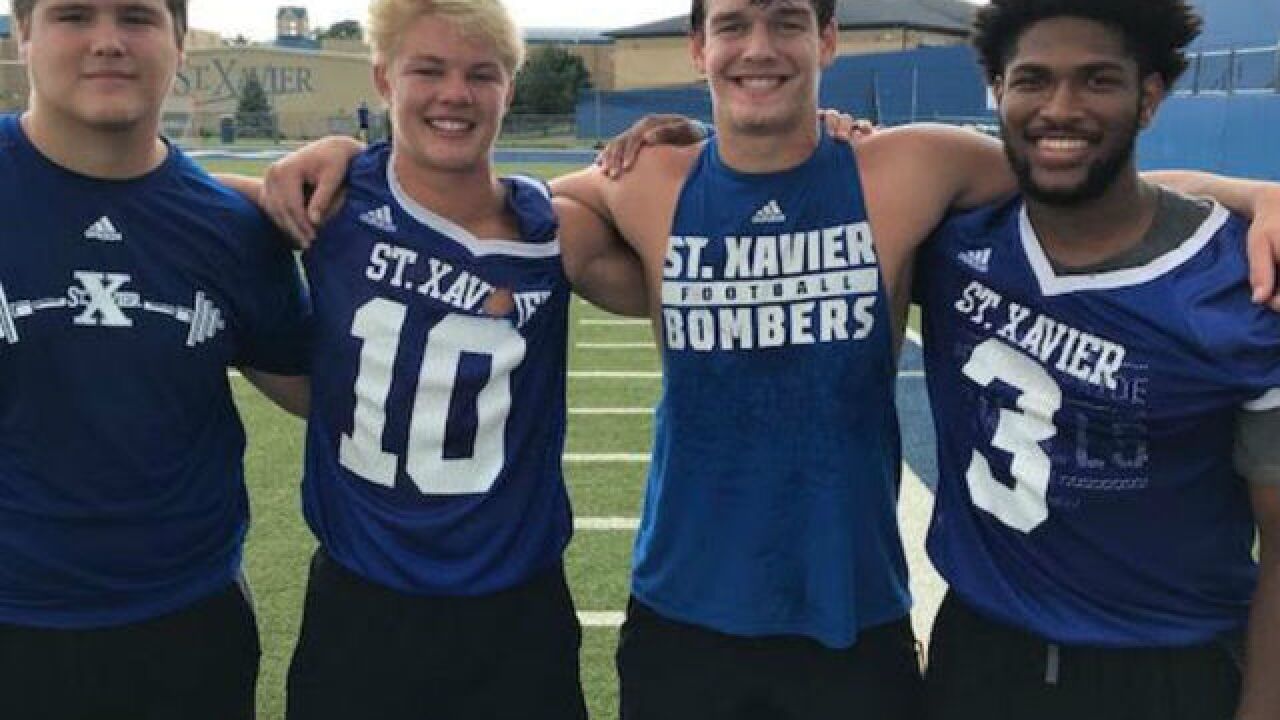 St. Xavier football coach Steve Specht made the announcement to the team at Ballaban Field after practice. Specht said the coaches’ vote was the same as the players’ vote.

Kreimer, a three-year starter, was second-team all-Greater Catholic League South division as a wide receiver last season. He is among the candidates to be the quarterback this season. He had 596 yards receiving and seven touchdowns last season. He also had 12 kickoff returns for 334 yards and a touchdown.

“It means a lot to me to be captains with them right now,” Kreimer said. All four players played on the same St. X freshman team together.

Kiessling, a three-year starter, was a first-team all-GCL South linebacker last season. He had 76 tackles (two sacks), three forced fumbles and a fumble recovery. Mohn is also a three-year starter. Payne, who had 302 yards and four touchdowns in 2017, is a third-year varsity player.

“The one thing I’ve looked at as a coach over the years is do you have a core group coming back that you can build around,” Specht said. “They’ve worked hard in the offseason. We have a good core of guys coming back offensively and defensively.”

“I was pretty floored when I found out,” Mohn said. “I thought it was awesome.”

Said Kreimer: "It's going to be really exciting to play in front of all those people."

The Bombers have nine consecutive postseason appearances - the most of any area large school.