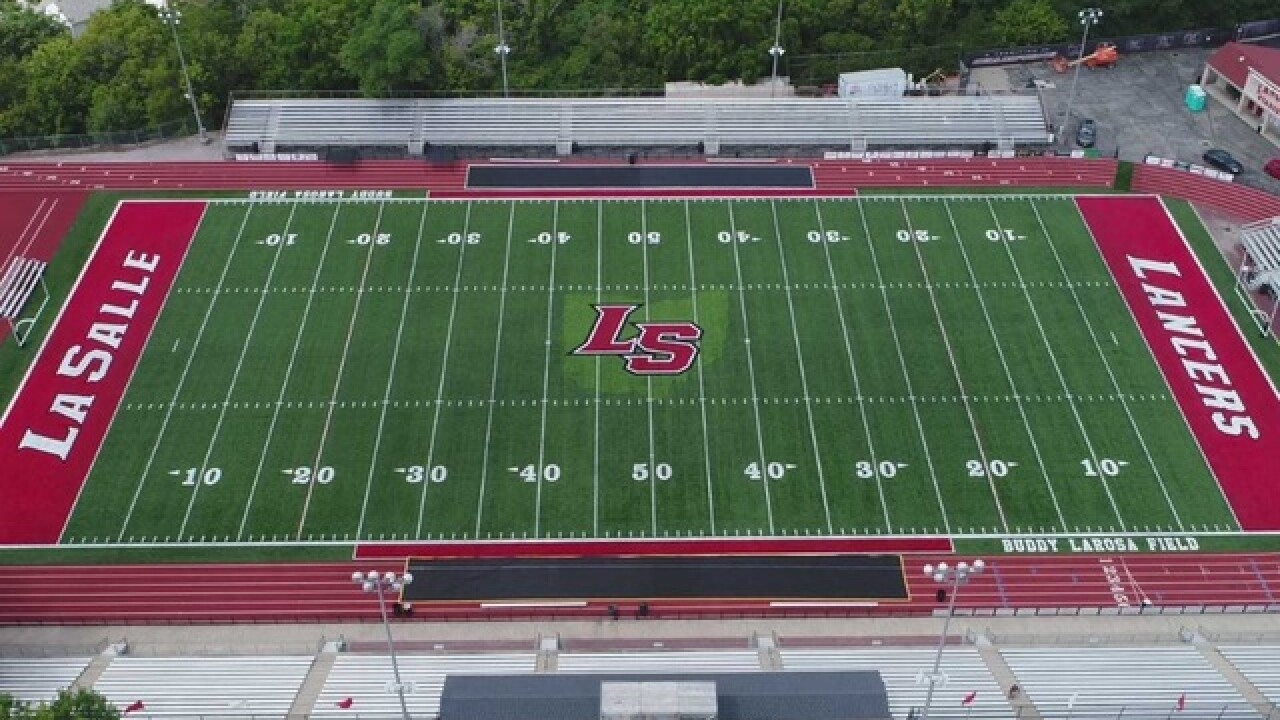 “It’s a tremendous opportunity,” Barre told WCPO. “I’ve done it for 26 years, so it’s like riding a bike I think. It’s a tremendous opportunity to be in the GCL. I’ve never done it at that level. La Salle has a great athletic tradition, and I am going to try to keep that going for everybody there until they can find a permanent athletic director.”

"Jim is a perfect fit for us as the interim athletic director,” La Salle Principal Aaron Marshall said. “He has a proven track record. His 26 years of experience as an athletic director will greatly benefit us during this transition. Jim’s experience and leadership will allow us to conduct a comprehensive search to find our next permanent athletic director.”

Since Barre’s retirement, he has stayed involved in high school athletics as an assistant football coach for several local high schools, including La Salle in 2013.

Barre continues to organize Wyoming High School’s celebration of 100 years of high school football. An estimated 300 players will be in attendance at Wyoming for the weekend of Sept. 7 to celebrate that milestone. Wyoming has Ohio’s second all-time winning percentage among high school football programs, according to Barre.

“I have had the privilege of working with Jim both as a coach and as an athletic director,” said Dan Flynn, La Salle’s director of Major Gifts and the school’s former athletic director. “Jim will be a tremendous asset serving as the Interim athletic director. His wealth of experience and knowledge of high school athletics will be beneficial during this transition time.”