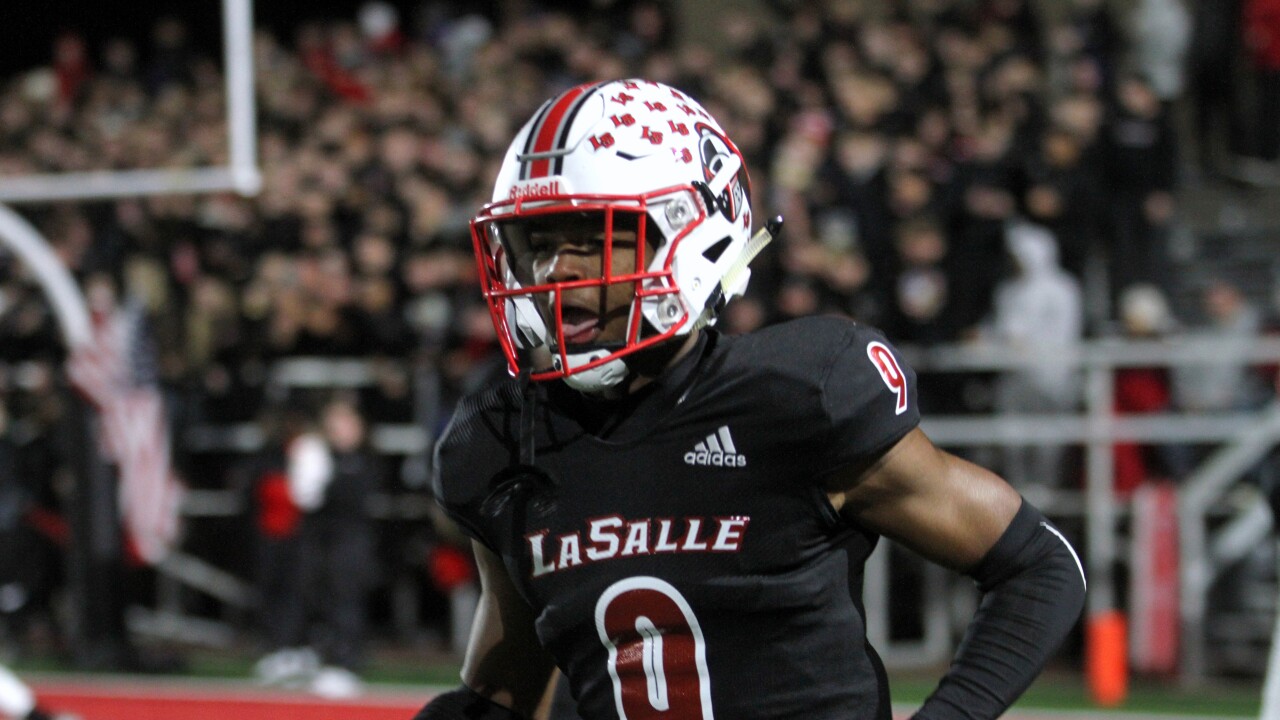 Always Been The Underdawg, But I Always

Hargrove-Mundy, who is 5-foot-11 and 185 pounds, was an Ohio Prep Sportswriters Association Division II third-team all-state selection in 2019.

He was also a Southwest District first-team selection and named to the Greater Catholic League South division first team.

"Jaymar is a great athlete with potential to grow and get bigger and stronger," La Salle coach Pat McLaughlin said. "He is a hard worker with good ball skills and range."

Hargrove-Mundy, who also had scholarship offers from Ohio University, Toledo, Eastern Michigan and Ball State, had 50 tackles (32 solo) and six interceptions for the Lancers (13-2) in 2019, according to the GCL website.

Miami University offered Hargrove-Mundy a scholarship early in the recruiting process, according to McLaughlin.

Hargrove-Mundy had four tackles in the Lancers' 34-17 win over Massillon Washington in the Division II state final Dec. 5, 2019 at Tom Benson Hall of Fame Stadium in Canton.

He is the fourth La Salle football player to verbally commit to a college program in the 2021 class.

"I do think that they keep getting better and better," McLaughlin said. "They're all physical, they're all fast and they're all good kids. They've all had great careers at La Salle. Hopefully we get a chance to finish it off here in the 2020 season."

La Salle is scheduled to start the season at Lakota West Aug. 28 (7 p.m. kickoff). It is the second game of a home-and-home arrangement that was agreed upon by the schools in September 2018.