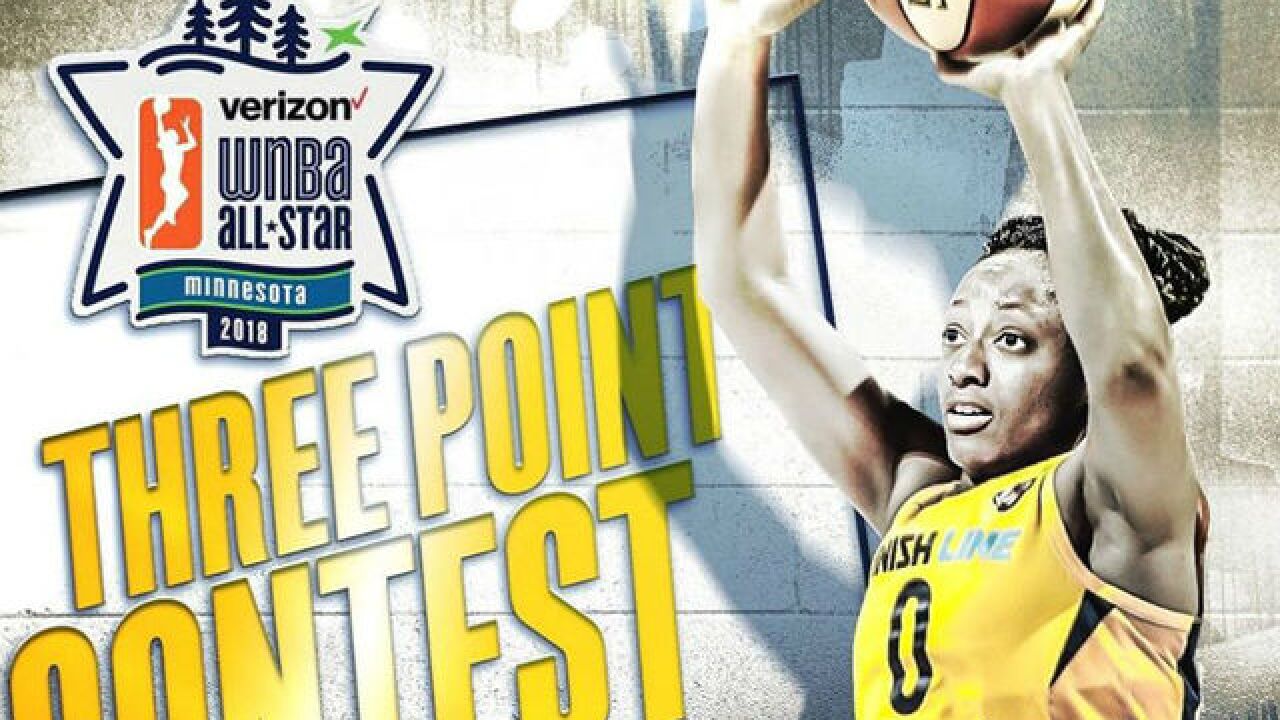 The 15th annual all-star game will be televised live at 3:30 p.m. ET on ABC (WCPO, Channel 9) from the Target Center in Minneapolis.

"I'm grateful to have been invited to do the 3-point contest and be a part of it," Mitchell said. "I am looking to use this opportunity as one that allows me to network with other players and coaches and have some competitive fun."

Mitchell, the No. 2 selection in this year’s WNBA Draft, is averaging 13.3 points, 2.7 assists and 1.6 rebounds for the Fever (3-23). The former Ohio State University and Princeton High School standout is shooting 34.7 percent from the 3-point line and 81 percent from the free-throw line in 26.1 minutes per game for Indiana.

Mitchell had 26 points, five rebounds and three assists in a 92-72 loss to Seattle Tuesday at Bankers Life Fieldhouse.

The WNBA, in partnership with the Women’s National Basketball Players Association (WNBPA), will add a new element to reflect the players’ work off the court as leaders on social issues and active engagement with philanthropic efforts.

For the first time, $10,000 will be donated to a charity of the winner’s choice in support of her work in the community. Mitchell will play for the Catch the Stars Foundation. She might want to try from way beyond the 3-point arc like she did at the Staples Center last week.