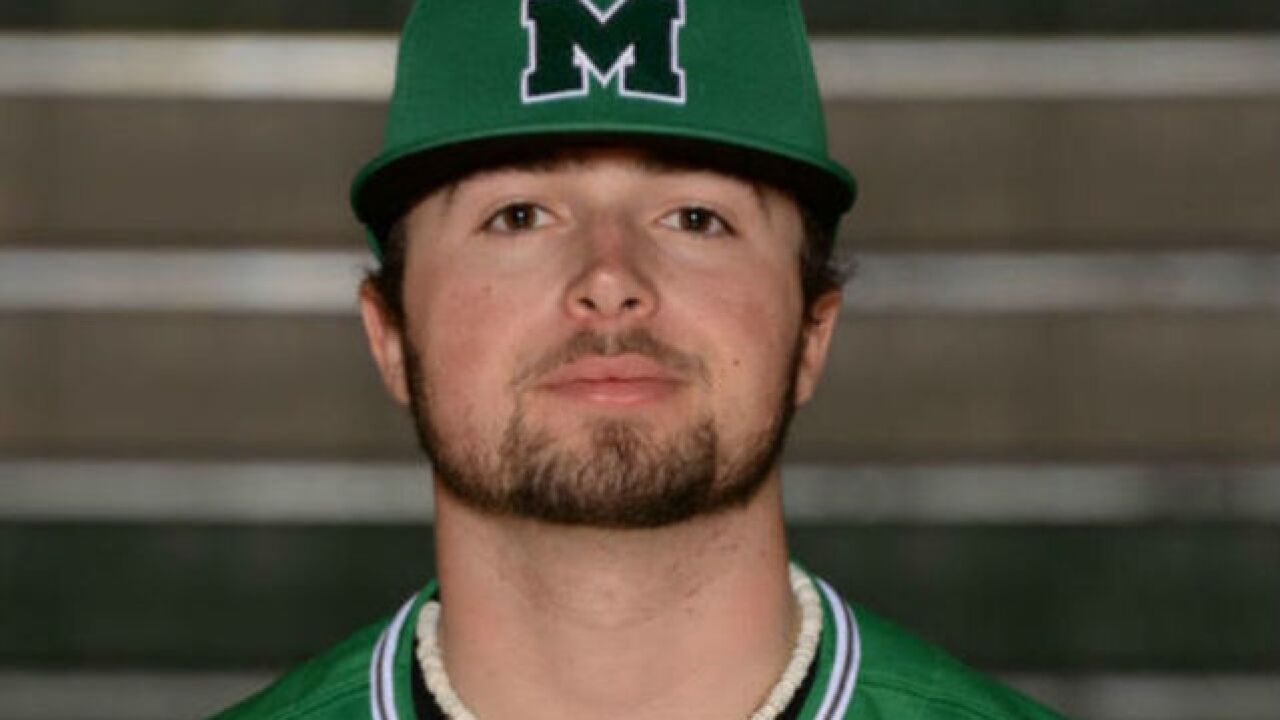 Copyright 2018 Scripps Media, Inc. All rights reserved. This material may not be published, broadcast, rewritten, or redistributed.
<p>Former Mason baseball standout Nick Northcut was selected by the Boston Red Sox in the 11th round of this year's Major League Baseball Draft. </p>

MASON, Ohio – Nick Northcut always had a great deal of pride in putting on the Mason High School baseball uniform the past four years.

So when he returned to the area last week, the Boston Red Sox minor-league infielder wanted to make an impact upon others.

He gave some instructional tips to Mason baseball players on Sept. 12, and then he spent time at the Mason Youth Organization (MYO) Challenger League’s annual fall clinic, helping the high school baseball and softball teams with operation of the event.

Nothing better than having a former dude and current pro come back and share what he’s learned! Thanks for the knowledge @_nicknorthcut_ pic.twitter.com/pYE82Rx5uL

The Challenger League offers boys and girls with physical and developmental challenges the opportunity to participate in an organized game of baseball. The most fundamental goal of the Challenger Division is to give everyone a chance to play.

Northcut was involved with the league during his time in high school and was happy to help.

Named the Gatorade Ohio Player of the Year during the 2018 high school baseball season, Northcut was selected in the 11th round of the Major League Baseball Draft in early June. Gatorade made a donation in July of $1,000 to the Challenger League on behalf of Northcut.

That donation helped with the Ohio Jamboree.

“Nick has always been about serving others and giving back to his community,” Mason Comet's baseball coach Curt Bly said. “His heart for the Challenger kids has been an inspiration and I wasn’t at all surprised that he made the generous donation he did.”

After playing for the Lowell Spinners this past season, Northcut helped lead the Comets to the Division I state semifinals.

Northcut, ranked the No. 17 prospect in the Boston farm system according to MLB.com, is expected to start instructional league play Sept. 21.

Mason (26-6) earned its first trip to the state baseball tournament since 1987 when it was the Class AA state runner-up. The Comets were regional champions, district champions, sectional champions and Greater Miami Conference champions this spring.

“We are changing the culture here at Mason,” Northcut said in June. “It’s my goal the past four years to try to change it. To make Mason a well-known team in the state who has an opportunity to go to the state championship as often as possible. There is going to be teams behind us – younger generations – that will follow in our footsteps. and hopefully get back here soon.”