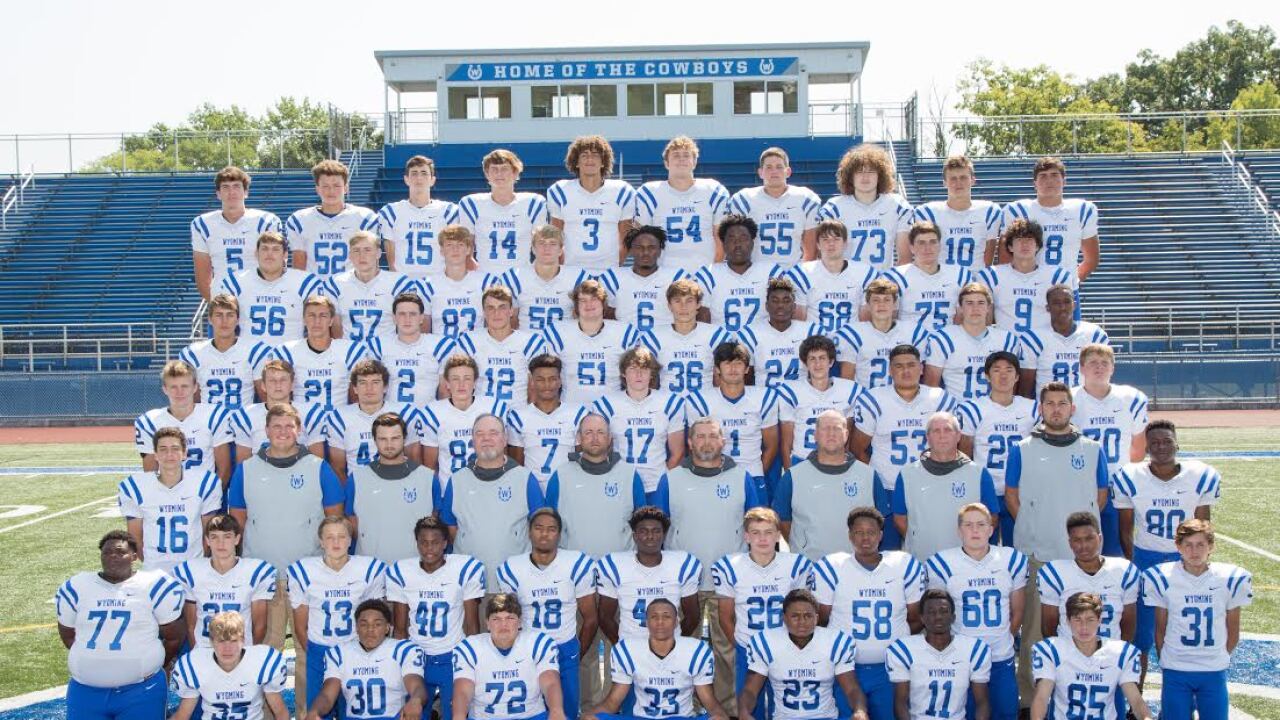 CINCINNATI — The Ohio high school football postseason picture adds another level of suspense as the second weekend of October approaches.

Several area teams are contending for a postseason berth within their respective regions before the Ohio High School Athletic Association officially announces the first-round pairings Nov. 3.

The top eight teams in each of the seven regions qualify for the postseason while the top four host first-round games.

In Division I, Region 4, St. Xavier (5-1) is on pace to qualify for the postseason for the 11th consecutive season and is projected to be the top seed.

“St. Xavier has separated from the others and it’s hard to find a scenario that would keep them out,” Shuck said. “Even at 6-4 they would likely open at home.”

Fairfield is 6-0 for the first time since 2013 and the Indians have an important GMC game at Princeton (4-2) Friday night.

Fairfield is trying to improve to 7-0 for the first time in program history, according to athletic director Aaron Blankenship. The program dates back to 1934.

Colerain (5-1) and Elder (5-1) are also projected to host first-round games. The Panthers could move up to No. 2 by winning its final four games.

Lakota West (4-2) has a difficult time moving up in Region 4, but could move down, Shuck said.

Sycamore (3-3) has lost three consecutive games but is projected to finish No. 6. Princeton (4-2) is projected at No. 7.

The Lancers, who are 6-0 for the first time since 2015, have four very strong opponents remaining on the schedule that are a combined 21-4 (Covington Catholic, St. Xavier, Winton Woods and Elder).

If La Salle wins three of those games, it is projected to be the top seed.

Winton Woods (4-2) is projected to be No. 7 but Shuck said the Warriors will likely need to defeat either visiting Elder Oct. 18 or win on the road at La Salle Oct. 25 to qualify for the playoffs.

“Week 10 is an open date for Winton Woods but that does not create a numbers problem,” Shuck said.

Anderson (4-2) is projected to finish No. 9 but a win at Turpin (6-0) Oct. 18 would help the Redskins in a significant way in trying to get into the top eight.

“It’s been a long time since we haven’t seen Alter at or near the top of this region,” Shuck said. “Badin’s (42-7) upset of the Knights (last week) rearranged the expected order in this region. A couple of solid opponents appear on the Rams’ remaining schedule. They will need to win out to stay at or near the top.”

In Division IV, Region 16, reigning state champion Wyoming (6-0) is projected to finish as the No. 1 seed.

The Cowboys, winners of 37 consecutive regular season games, have not lost a regular-season game since Oct. 23, 2015 (at Reading).

“Wyoming occupies its usual spot atop this region,” Shuck said. “I don’t expect a loss but if they lose one, it would not prevent them from finishing first.”

In Division V, Region 20, six of the top eight positions could be area schools.

Those area programs include Taft (5-1) and Cincinnati Hills Christian Academy (5-1), both of whom are projected to host first-round games.

Mariemont (4-2), Summit Country Day (5-0), North College Hill (4-2) and Madeira (4-2) could open on the road. Summit Country Day has won six games this season its season-opening win against Landmark does not count in the computer points.

In Division VI, Region 24, there are no area teams projected to qualify.

In Division VII, Region 28, New Miami (5-0) is projected to finish No. 2. The Vikings have won six games for the first time in program history, according to Vikings coach Jessie Hubbard.

New Miami is considered to be 5-0 by the OHSAA because its game against Landmark does not count in the computer points. Cincinnati College Prep (4-2) is projected to qualify at No. 6.