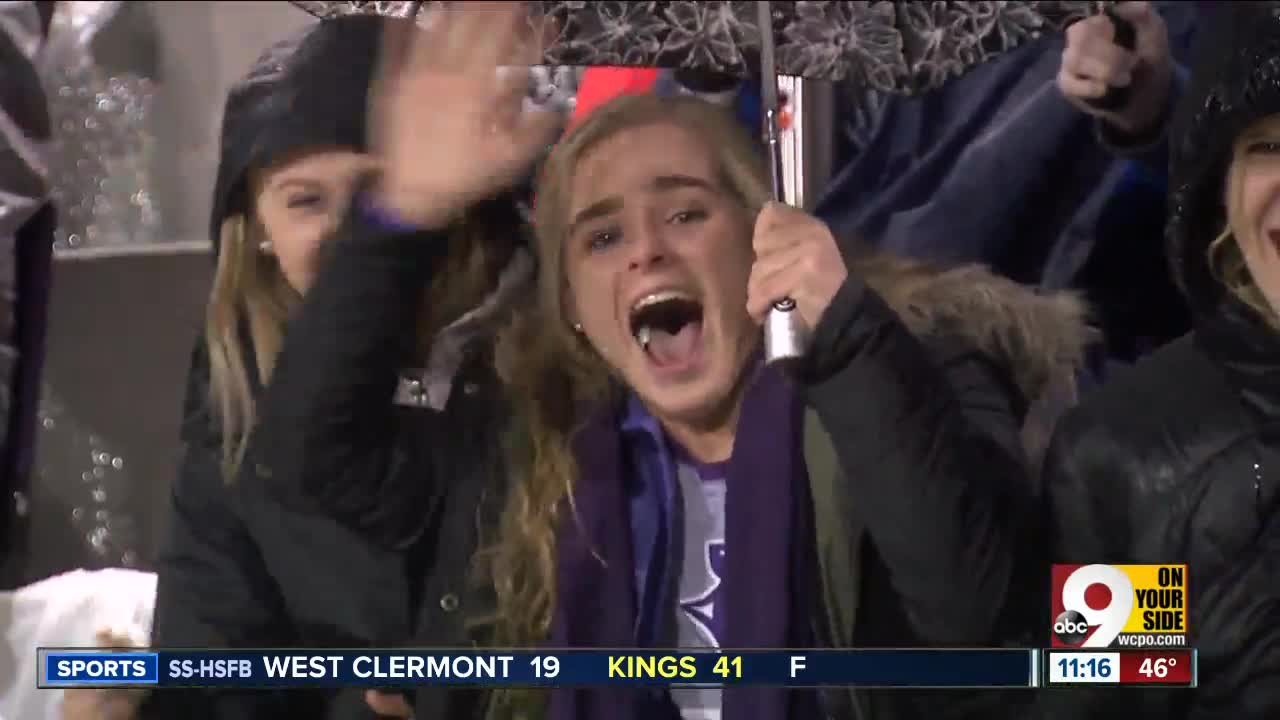 Watch the best high school football highlights in town hosted by WCPO sports director John Popovich and sports reporter Keenan Singleton. We covered the top games as well as some small-school battles you won’t see anywhere else. Watch here for top plays from Wyoming vs. Indian Hill, La Salle vs. Elder and more. 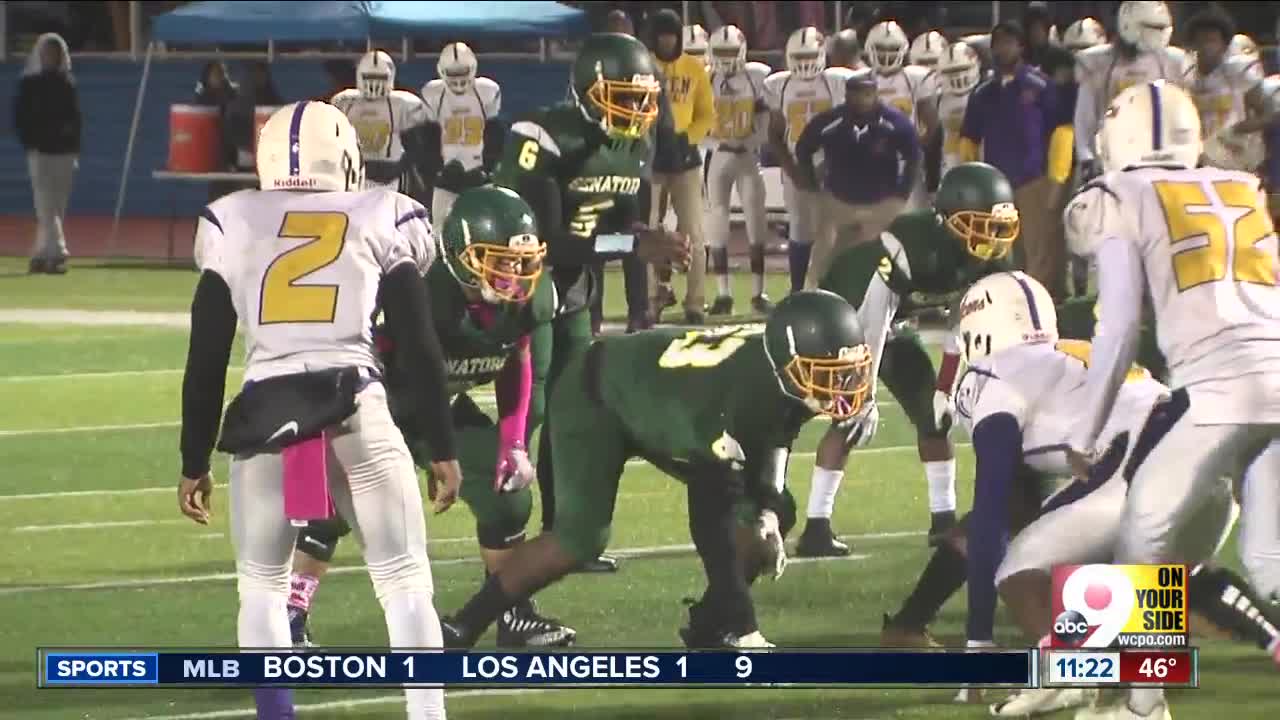 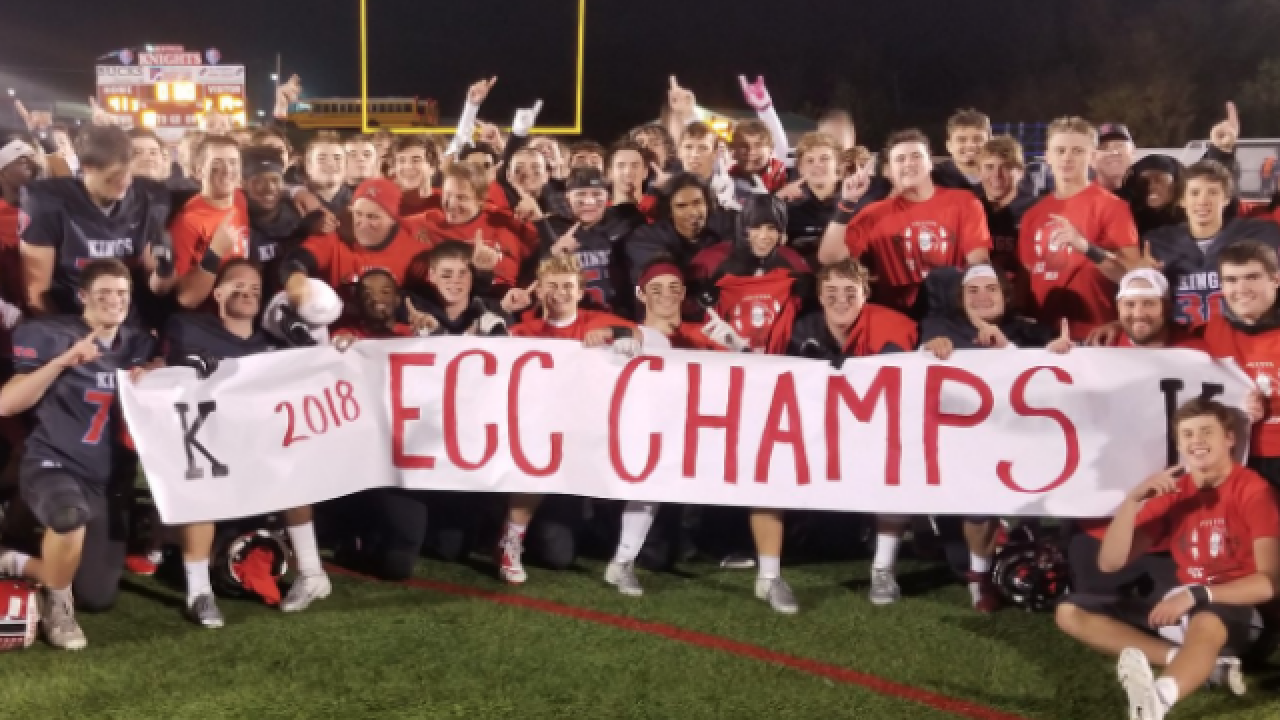 If the projections hold up, then St. Xavier would play at Colerain Nov. 2. That would be the first time since 2012 that two rivals will meet in the first round of the playoffs. It will be the 14th time the programs will have met in the postseason, according to WeAreColerain.com. St. X leads the postseason series, 7-6.

This would be the second time this season the teams have met. Colerain won the Week 2 game after a weather delay at Ballaban Field.

Colerain is 19-0 in first round playoff games through the years, although the 1995 game was later forfeited. The Cardinals have nine consecutive postseason appearances.

St. X has 10 consecutive playoff appearances - the most of any area large school actively.

Moeller would play at Elder in a rematch of the Oct. 5 game in which the Crusaders won 24-21 at Nippert Stadium. Moeller and Elder have played four times in the postseason including the most recent meeting in 2013.

Winton Woods clinched the No. 1 seed after a 21-17 win over host Moeller. Winton Woods junior running back Miyan Williams rushed for 193 yards and two touchdowns. That put him at 2,000 yards rushing for the completion of the regular season.

Little Miami is projected to reach the postseason for the first time since 1992.

If the projections hold up, Anderson plays at Kings in a rematch of the Sept. 14 game in which Kings won 35-14. Little Miami would play at Edgewood. The Cougars defeated Little Miami 20-0 Oct. 19.

3 Time defending CHL CHAMPS! Congratulations to ⁦@CoachHancock⁩ And the student athletes and coaches and trainers who work so hard to make this happen. #OnWyoming pic.twitter.com/TZ4VvQx0ZL

Clinton-Massie is projected to qualify for the postseason an area-best 17th consecutive season.

RELATED: Stop the bulldozers: Taft may need Stargel Stadium for one more game.

In Division V, Region 20, Middletown Madison (10-0) is projected to qualify after the first 10-0 regular season in school history, according to Cox Media reporter Rick Cassano. CHCA (6-2) and Madeira (7-3) are projected to be qualifiers.

Deer Park should be No. 8 in Division VI, Region 24, according to Joe Eitel and Shuck. The Wildcats will likely either play Coldwater or Lima Central Catholic in the first round.

In Division VII, it looks favorable for Miami Valley Christian Academy (7-2) and New Miami (6-4) to qualify.

Shuck’s information is independent and unofficial. It has no official connection to the Ohio High School Athletic Association computer points.

The final OHSAA computer ratings will be posted late Saturday around midnight. It could be later if there are any game delays for technical issues.

Schools have until 10 a.m. Sunday to report any possible mistakes in the ratings. Unless there is a discrepancy, the ratings become official at noon Sunday.

There were 717 high schools playing varsity football in Ohio this season. There will be 224 playoff qualifiers announced Sunday.

The playoffs start Nov. 2 with Divisions I, II, III and VI. Divisions IV, V and VII play on Nov. 3. All playoff games before the state finals kick off at 7 p.m.

Game times on Friday and Saturday are 10 a.m., 3 p.m. and 8 p.m. The divisional assignments will be announced after the state semifinal games.