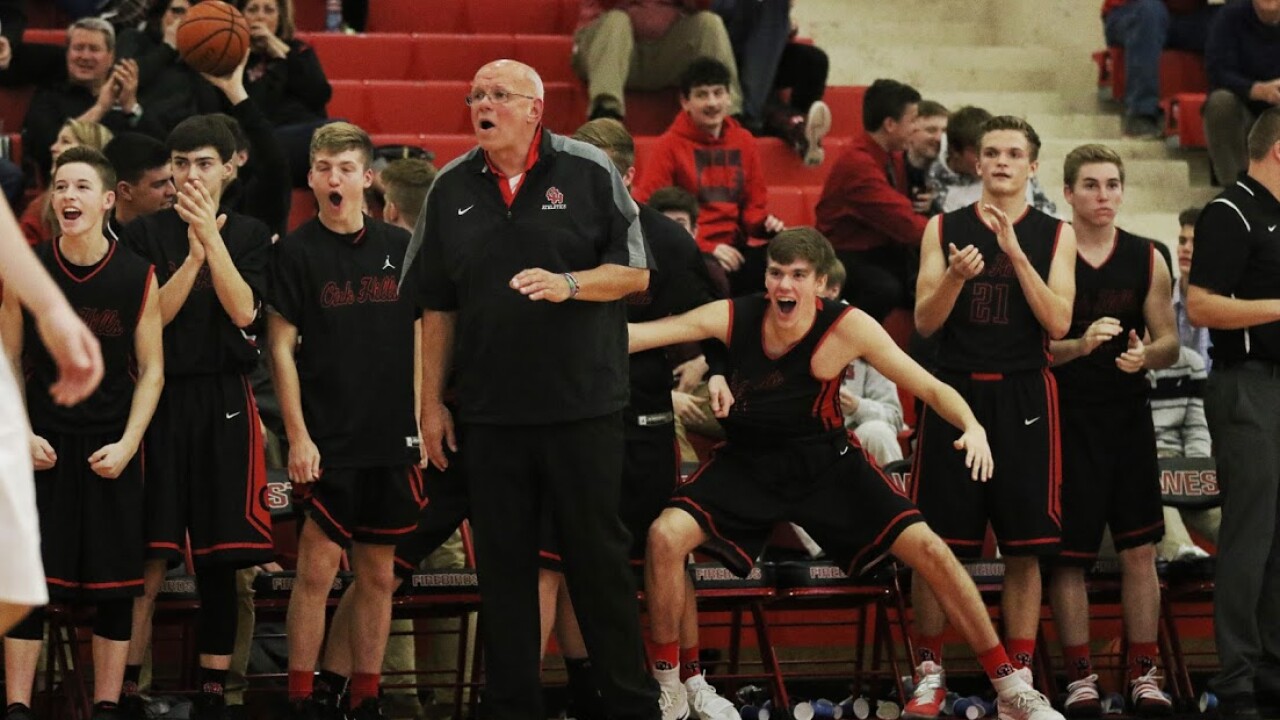 GREEN TOWNSHIP, Ohio — Mike Price has always been one of the most well-respected high school coaches in Southwest Ohio, regardless of sport.

His ability to connect with others and his dedication to high school basketball is well known. On Friday night, he earned a moment in the spotlight.

Price added to his legacy as he won his 400th career game. Oak Hills defeated Middletown 50-24 in a Greater Miami Conference game.

"It's been a great ride - many great players to coach and coaches to help," Price told WCPO. "I am very lucky to be surrounded by so many outstanding people. All a team effort and wouldn't trade the relationships for anything in the world."

“We are extremely fortunate to have someone of Coach Price’s character leading the young men of Oak Hills,” athletic director Ben Hageman said. “Coach Price is so much more than just a person who has accomplished 400 wins. He has made a lasting impact on all that have played for him.

"To him, basketball is about life lessons, learning discipline, being a good citizen and teammate. He has created a culture where winning is a byproduct of what he preaches every day.”

Oak Hills improved to 10-5 overall and 7-3 in the Greater Miami Conference this season. The Highlanders next play host to La Salle (9-6) Saturday night.

Price has won two city championships, eight league titles and nine district final appearances while also being a regional runner-up. He was named the city coach of the year twice.

Price founded, operated, and coached in the Cincinnati AAU Boys basketball program for 31 years. Currently, he coaches for the Shining Stars program. During that time, he has placed over 350 high school players into college basketball.

As a coach, Price’s 17-year-old age bracket teams have placed in the top 20 teams in the AAU nationals in 17 of the past 23 years.

Price serves as a Greater Cincinnati Coaches Hall of Fame Advisor Committee member and is on the Advisory Board for the Bluegrass-Buckeye Charity Classic. He was awarded the Oak Hills PTA Friend of Education Award in 2016, VFW Teacher of the Year in 2017, as well as the Talbert House Father of the Year in 2017.

“Mike is a servant leader and does a tremendous job of molding the players in our program into young men,” Oak Hills varsity assistant basketball coach Greg Rolfes said.

“He cares about the players throughout their whole careers, beginning when kids first start playing for Oak Hills in the third grade," he added. "He supports our players by attending baseball, soccer and football games to go with the countless hours in the gym to improve the players in our program and other programs around the city.

"Mike invests in our players and players around the city because he loves the game of basketball and cares about what is best for kids. Everyone I know has a Coach Price story, including me. The school and community is lucky to have Mike, and I look forward to being on the bench for more of his milestones in the coming years.”