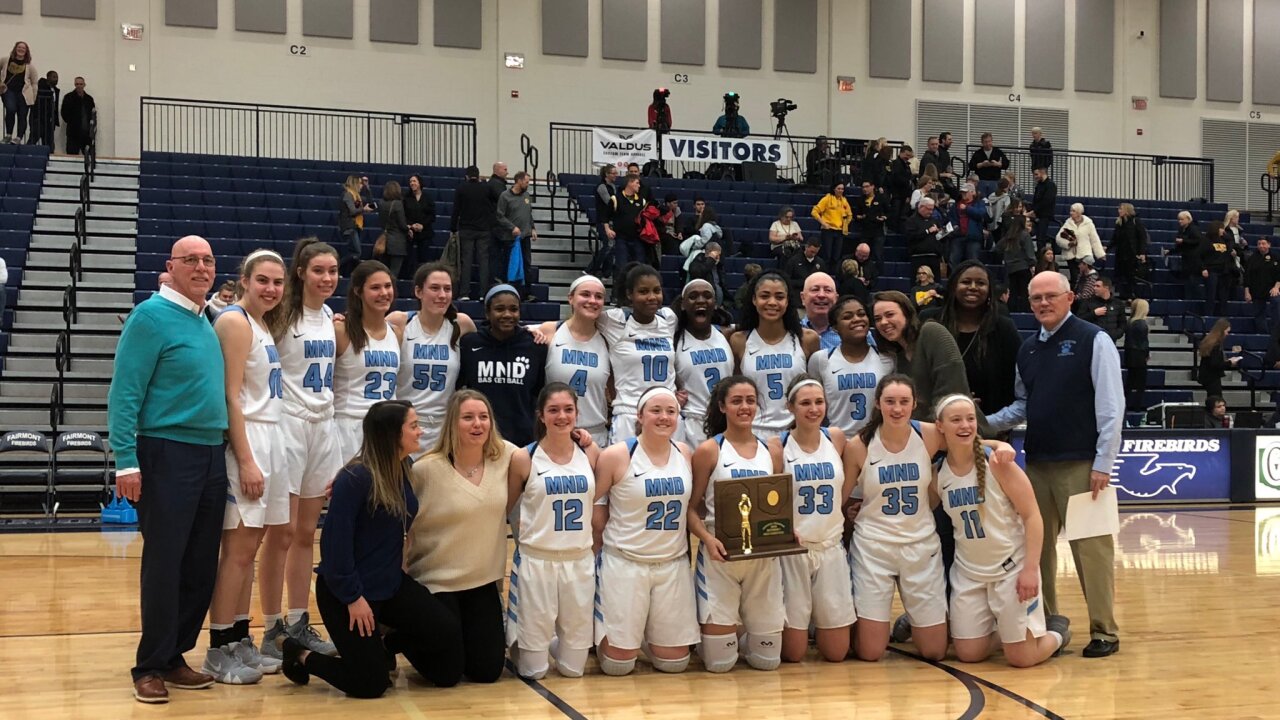 CINCINNATI — Canton GlenOak girls’ basketball coach Paul Wackerly is familiar with Mount Notre Dame’s basketball program, so he knows what a challenge his team will face Friday night in its Division I semifinal.

Wackerly, a longtime Stark County coach, is friends with MND coach Dr. Scott Rogers. The teams have played each other a handful of times over the past few years including in summer scrimmages, and Wackerly remembers MND’s first state title with former All-American Mel Thomas in 2004.

He's also well aware of the sheer talent this MND team has on the floor this winter.

It may surprise no one that MND (25-2) will be favored against GlenOak (24-2) in the 6 p.m. semifinal Friday at the Schottenstein Center in Columbus.

“We’re definitely the underdog going into this game,” Wackerly said. “We have a tough job that’s for sure.”

That doesn't mean Rogers is relaxing. The veteran coach knows anything can happen in the state Final Four, and the past — even if it includes state titles in 2004, 2006 and 2017 — isn’t an indicator of what’s ahead.

Whatever happens though, he wants the spotlight on his players.

“I am just proud of them,” Rogers said. “I’ve never played a minute yet. It’s them.”

The MND-GlenOak winner will play either Pickerington Central (27-1) or Toledo Notre Dame (23-5) in the Division I state final at 8:30 p.m. Saturday at the Schott.

GlenOak, making its first state Final Four appearance since 1990, will look to attack and kick out for open 3-point shots, according to Ohio Girls’ Basketball Report director and publisher Bryce McKey. Its players enter the semifinal with a 21-game winning streak and pride themselves on the defensive end, allowing an average of 43 points per game.

The team doesn’t have one offensive standout, but all players have the skills to put up points. Junior Addison Mucci is a good shooter and one of the team’s best defenders. Junior Mackenzie Green can play multiple positions, and junior Hayley Smith provides solid post play for a good rebounding team. Sophomore Aniyah Hall is an athletic guard with plenty of scoring ability.

MND is an excellent transition team, and will start five potential Division I college players.

“It just means the world to go back to The Schott,” said senior guard Gabbie Marshall, an Iowa signee.

“MND definitely has the star power in the game,” McKey said. “GlenOak is very well balanced. They have size inside and very good guard play. The guards are very good defensively. They are somewhat of a dribble, drive and motion type of team.”

The Cougars, ranked No. 8 nationally by the MaxPreps Xcellent 25 (editorial rankings), are aiming for their seventh state title, which would tie them with Pickerington Central for the most all-time among Ohio girls' basketball programs.

As they enter the semifinal game, they remain tied with Columbus Africentric Early College and South Euclid Regina with six state titles.

Africentric (26-0), ranked No. 4 nationally by MaxPreps, is in the Division III state Final Four this weekend.