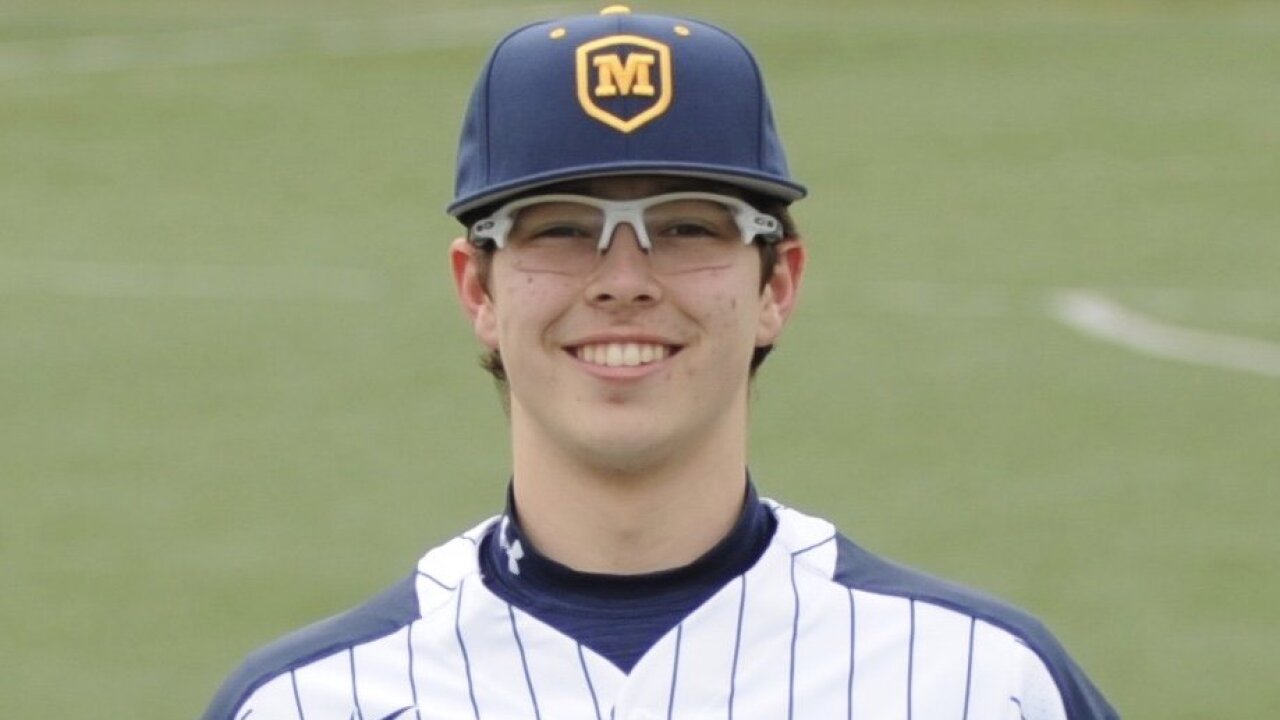 SYCAMORE TOWNSHIP, Ohio — Austin Strickland wasn’t sure if he would be able to throw a baseball effectively again after a lifting accident Dec. 7.

The Moeller junior right-handed pitcher was in casts up to his elbows for four or five weeks in late fall and really didn’t pick up a baseball until January.

But, Strickland had an excellent summer and fall in 2018 and all the work he invested into pitching helped his quick recovery in time to help the Crusaders this spring.

So Thursday night carried extra significance to Strickland as he tossed a perfect game for the Crusaders in a 17-0 win over Edgewood in a Division I sectional semifinal at Schuler Park.

Strickland threw the second perfect game for the Crusaders this season and just the third in program history. Junior Andrew Deyhle was perfect on the mound against Turpin March 27 in a 10-0 win.

The only other perfect game in Moeller history was thrown by Alex Wimmers in a 2007 game against Vandalia Butler, according to Moeller baseball coach Tim Held.

“It’s crazy to think of the players that have come through here and the pitchers that we’ve had that in the first 56 seasons we had one perfect game and then two this season,” Held said.

Strickland improved to 7-2 this season. He had seven strikeouts Thursday including three in the second inning on just 10 pitches. He threw just three off-speed pitches the entire game.

“He was spotting his fastball all over the place wherever he wanted,” Held said.

Strickland said Friday he took a moment before the final inning Thursday to reflect on his journey since last December. He was very grateful to know Friday his name will be etched in Moeller baseball history with the perfect game.

Moeller’s defense also stepped up and made some nice stops to preserve the perfect game. By the third inning, the Crusaders knew something special could happen. By the fifth inning, everyone was very quiet in anticipation of the moment.

“It’s just fantastic to see a second (perfect game),” Held said. “You never dream of seeing a first one."