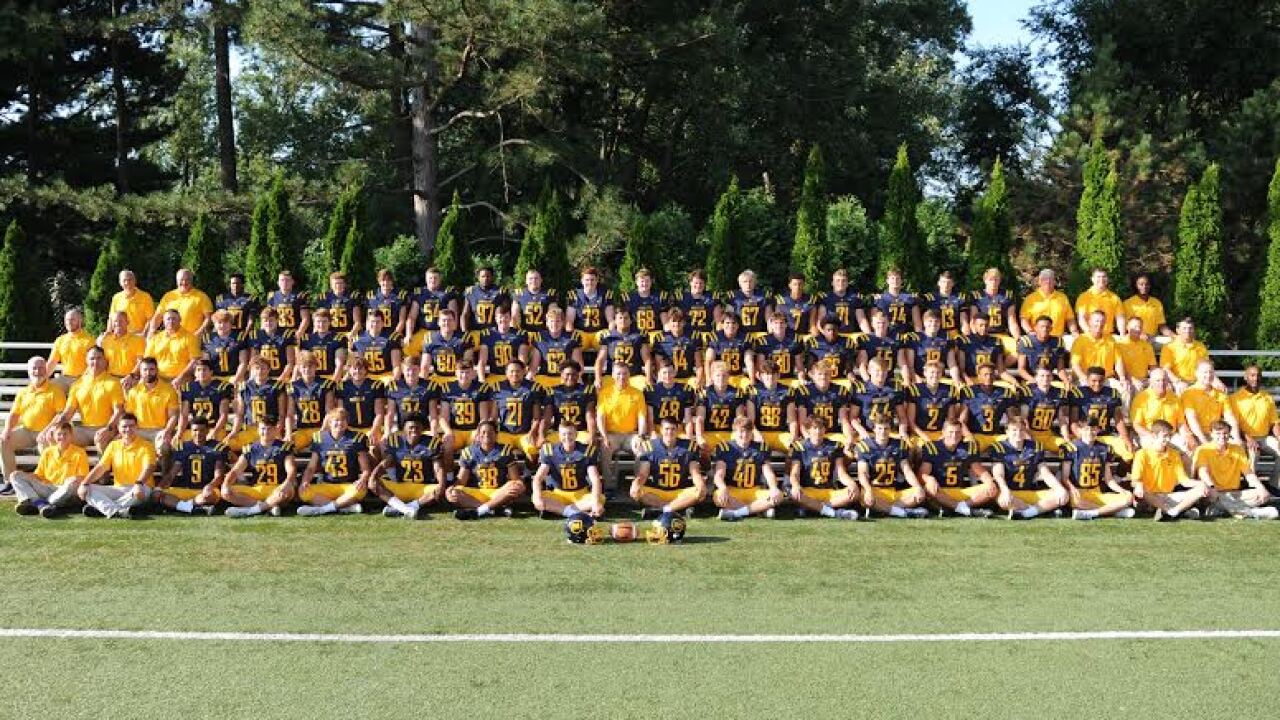 “I told the guys that I was proud of them,” said Naumann, who made his Moeller head coaching debut Saturday. “Too many mistakes, but they fought hard. A lot to learn – will know more after I watch the film.”

Moeller (0-1) committed eight turnovers in the game and missed opportunities to capitalize on Cathedral’s four turnovers.

“We have to take care of the football,” Naumann said. “There will be better days ahead.”

Cathedral (2-0) led 7-0 at halftime after a 35-yard touchdown reception by Camden Jordan early in the second quarter. Jordan also caught two touchdown passes in the third quarter to extend the lead to 21-0.

A 20-yard interception return in the fourth helped to give Cathedral a 28-0 advantage.

Defensively, senior defensive back Michael Leonard had a 62-yard interception and a fumble recovery in the first quarter. After his interception return to the Cathedral 27, the Crusaders fumbled four plays later.

Moeller was 1 of 9 on third down. The Crusaders threw three interceptions.

Saturday was the first meeting between Moeller and Cathedral since Aug. 28, 2015.