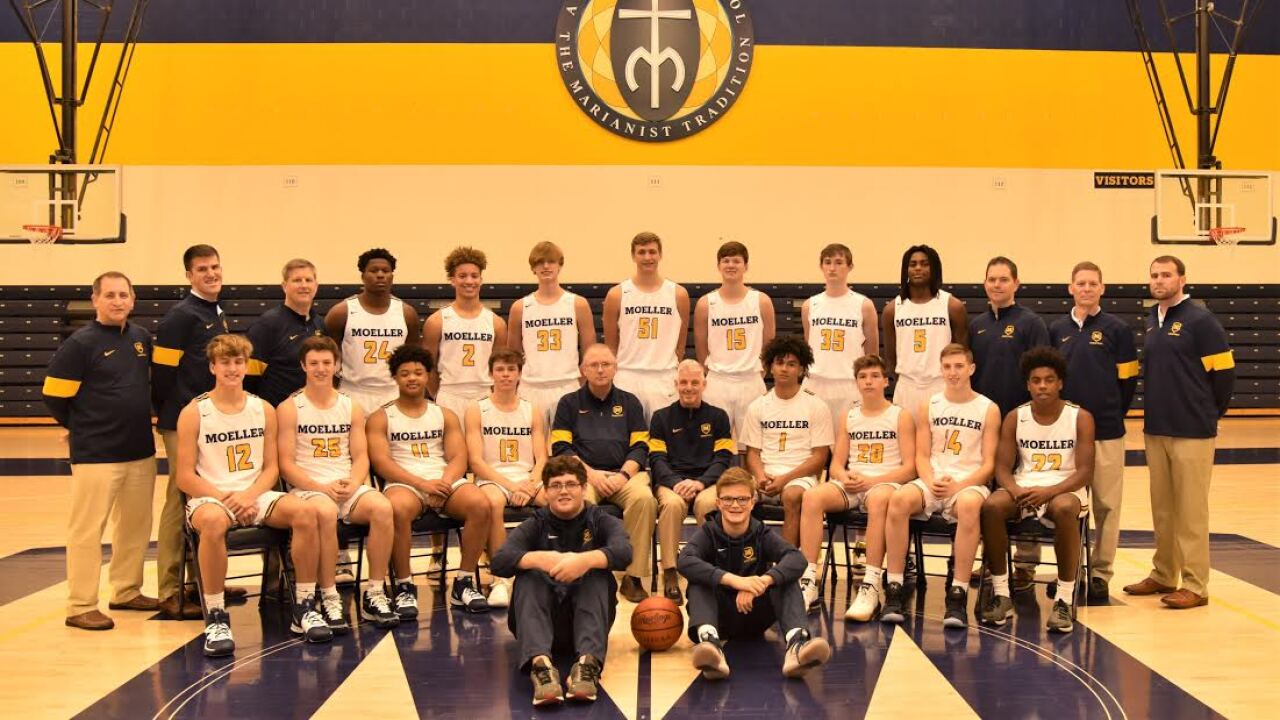 Michelle Lloyd
The Moeller basketball team is ranked No. 23 nationally in the USA Today Super 25.

“In all honesty, we’re proud of it,” Moeller basketball coach Carl Kremer told WCPO Tuesday afternoon. “I think over the years having a lot of great teams it signifies that there is some national respect for what we do so it’s great.”

Kremer said he would address the national ranking with his team at practice Tuesday afternoon but not dwell on the spotlight.

“In terms of this year it’s really just part of the noise that you have to block out and you have to get to work on the process and those are things that you think about afterward,” Kremer said.

Moeller became the first Division I boys’ basketball team since Zanesville (26-0) in 1995 to go undefeated for the entire season. The Crusaders became the first D-I boys’ team to win back-to-back titles since Canton McKinley in 2005 and ’06.

“There will be a lot of pressure on this team and a lot of expectations,” Kremer said. “And we have to handle that. And one way to handle it is just to lock in every day into what are you doing and really try to just to pull out all the noise and all that stuff. ...Our whole goal is to be the best we can be in March."