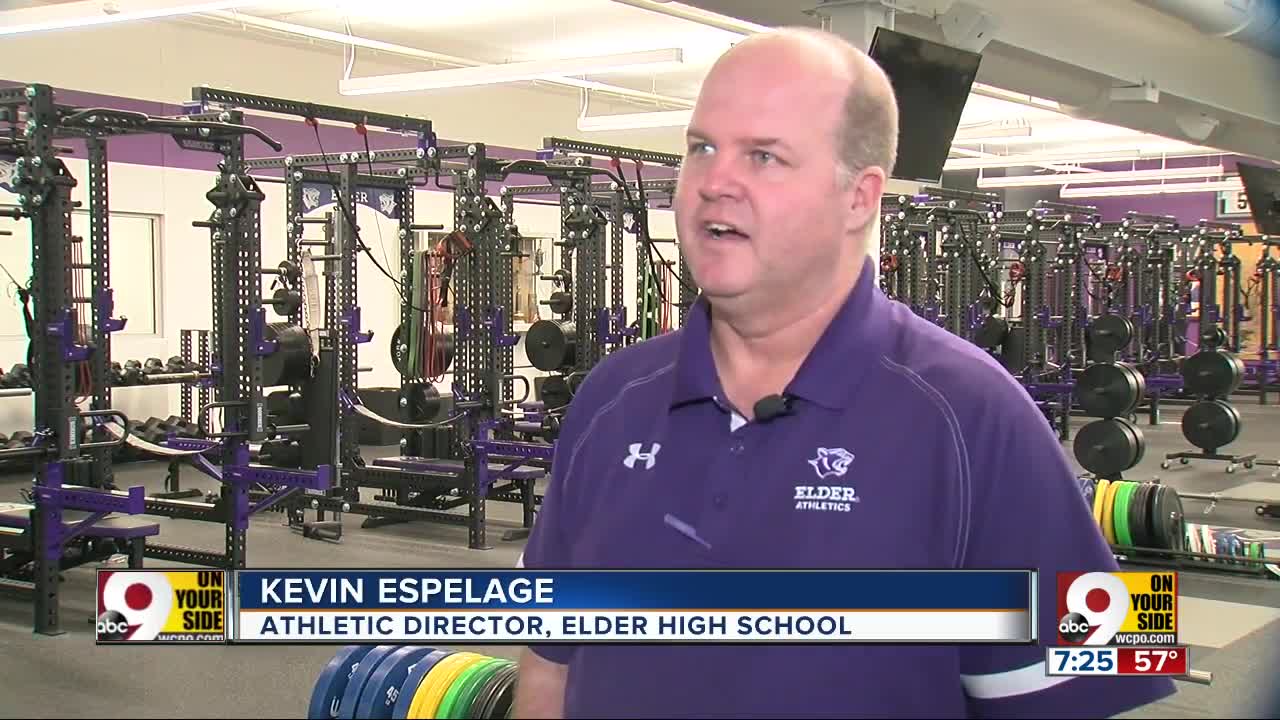 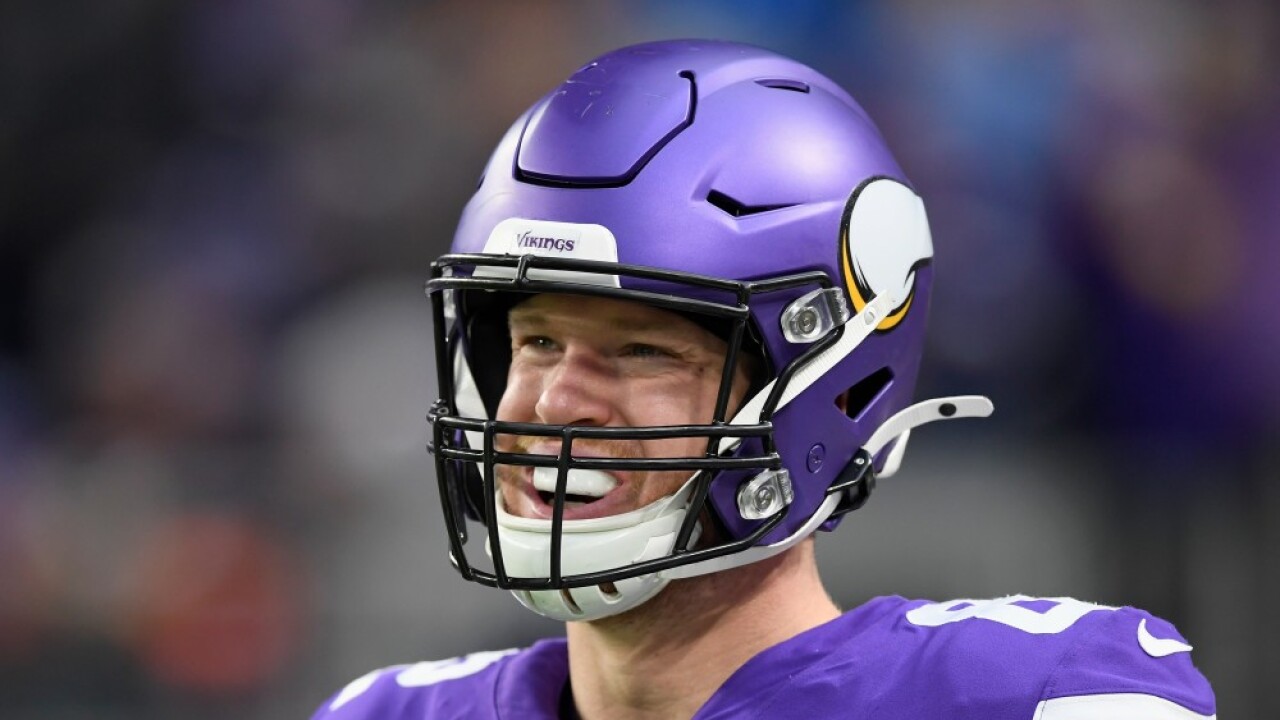 He isn’t surprised at all by Rudolph’s charitable nature or the national spotlight it received this week.

“It’s just who he is,” Ramsey told WCPO Friday. “Despite all of his success, he always has time to help other people. He is a great role model for all of us at Elder.”

Rudolph, the Minnesota Vikings tight end, gained national attention days after making a game-winning touchdown catch in the Vikings’ 26-20 overtime win over the New Orleans Saints in the NFC wild-card game at the Mercedes-Benz Superdome.

Rudolph tweeted Wednesday that he had autographed his football gloves for a media member in the Superdome locker room after the game because he was told they would used in a charity benefit.

I saw this.. it’s disappointing. A member of the media in the locker room after the game asked if he could have my gloves for a charity benefit, so I said of course and I will even sign them for you! Well he got me, sold on eBay 3 days later.. https://t.co/JCTO0OWM5n

However, the gloves were sold on eBay for $375.50 just three days later.

“I’m shocked that it happened with as tight as security is supposed to be at those events,” Elder Athletic Director Kevin Espelage said. “Kyle is definitely a very gracious and a giving person. When he hears he has an opportunity to use his platform, he’s always willing to help, but as we see all too often in the media, there is a lot people taking advantage of situations.”

The purported buyer, lifelong Vikings fan Jason King of New Jersey, tried to change the situation into a positive one and reportedly said he would donate the gloves to charity if he receives them.

"If I end up receiving the gloves, I would like them to be displayed at the children's hospital in honor of Kyle," King told ESPN. "I have four kids myself, and I really appreciate the work he does off the field."

Rudolph responded to King and directed him on Twitter to the University of Minnesota Masonic Children’s Hospital, where Kyle and his wife, Jordan, have done charitable work since he joined the Vikings in 2011.

“Hopefully I can turn this into a good situation and help raise some money for the children’s hospital,” Rudolph tweeted.

Kyle Rudolph’s End Zone, a state-of-the-art 2,500-square-foot patient family-centered space at the hospital, was designed to help children and teenagers find a place to play, relax, engage in healthy therapies and socialize with other kids.

On Friday, the hospital said it had received over $15,000 in donations for the Kyle Rudolph End Zone, including nearly $2,466 from King and his donors.

Learn more about the End Zone, and how you can help. ➡️ https://t.co/CKTIjo2M5Z pic.twitter.com/oj9MAoZhfO

“It speaks volumes to what Kyle has accomplished in Minnesota and what he is getting done up there,” Espelage said. “But it also speaks a lot about the good people in society.”

Rudolph told King on Twitter he plans to give him his gloves from Saturday’s game.

“It’s no surprise, given the fact that (Rudolph) is so generous with his time and resources,” Elder assistant football coach Craig James said. “These things happen from time to time, but you’d never hear about it from him. And to reward the guy that came forward after he bought the New Orleans gloves with his gloves — that’s peak Kyle Rudolph right there.”